Health insurer Medibank Private says that an "extraordinary" increase in medical device claim costs is responsible for driving its profit 9 per cent lower in the first half of the year.

Australia's largest health fund on Thursday reported net profit after tax of $178.6 million for the six months to December 31, down from $196 million in the same period last year. 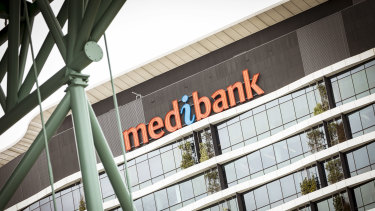 Medibank reported net profit after tax of $178.6 million for the six months to December 31, down from $196 million in the same period last year.Credit:Chris Hopkins

Statutory profit, including discontinued operations, was 14 per cent lower at $177.9 million.

Medibank chief executive Craig Drummond said the company increased its market share by 8 basis points in the half, but the lower profit reflected investments in customer initiatives, such as a new dental network, and higher hospital claims.

“The key driver of claims growth was a 6.4 per cent increase in prostheses cost, which was responsible for 69 per cent of the increase of growth in hospital claims," Mr Drummond said.

"This is extraordinary given a subdued 1.1 per cent increase in hospital utilisation for the half."

Medibank and other health insurers have been at war with medical device manufacturers over how much they pay for their members’ prostheses, which includes everything from hip replacements through to heart stents.

Revenue in Medibank's health insurance division grew 2.3 per cent in the half but operating profit was 20 per cent lower at $224 million. The decline was partially offset by a $4.1 million increase in investment income, to $38.5 million.

Medibank declared a dividend of 5.7¢ per share, flat on the same period last year.