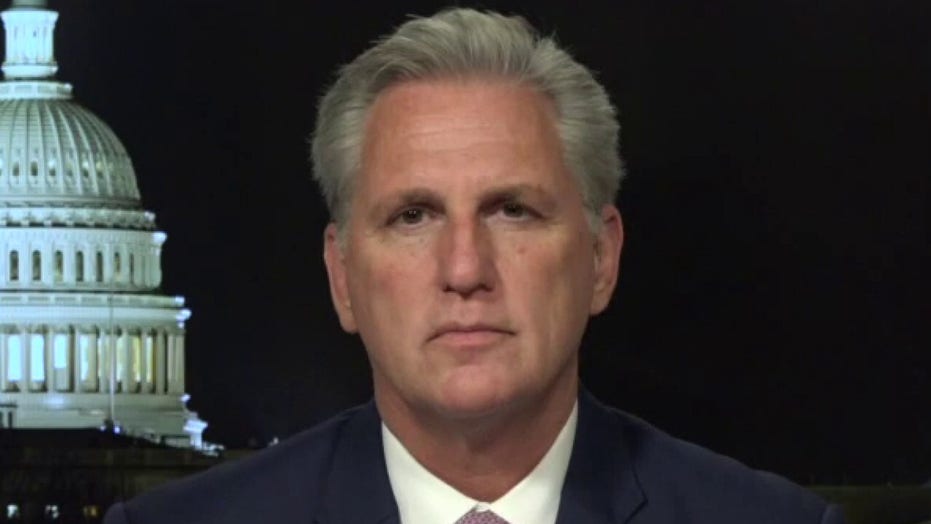 McCarthy joins ‘The Ingraham Angle’ to slam the Democrats defunding border security, he says dems are making our cities unsafe

House Minority Leader Kevin McCarthy is accusing House Democrats of trying to “defund the borders” after a move to cut Customs and Border Protection’s (CBP) discretionary funding by nearly a billion dollars, even amid a historic crisis at the southern border.

“You know what else the Democrats are doing? They didn’t add one extra dollar to the Border Patrol agents who are working overtime, who are being pushed like they’ve never been pushed before to protect us,” McCarthy said Thursday on “The Ingraham Angle.”

“It’s not just enough for the Democrats to defund our cities, now they are defunding the borders, making this nation unsafe in so many places,” he said.

The House Appropriations Committee released a draft of their Homeland Security funding bill this week. The bill would provide $14.11 billion in net discretionary funding for Customs and Border Protection, down $927 million from fiscal year 2021.

A summary of the bill issued by the committee advertises that the bill provides no additional funding for Border Patrol agents or funding of a wall at the southern border — and in fact rescinds more than $2 billion from prior appropriations for construction of the border wall.

The White House’s request for Department of Homeland Security (DHS) funding also did not include funding for the wall or for additional Border Patrol agents, with DHS Secretary Alejandro Mayorkas telling lawmakers that they already had enough funding to fill vacancies and that the money would be best used on improving technology and more secure ports of entry.

However, the committee bill’s funding amount for CBP is $456 million below what the White House requested. The committee did note a number of provisions that were above that request, such as funding for border technology, port of entry technology and services for CBP personnel such as tuition assistance, childcare service, and on-site mental health clinicians. 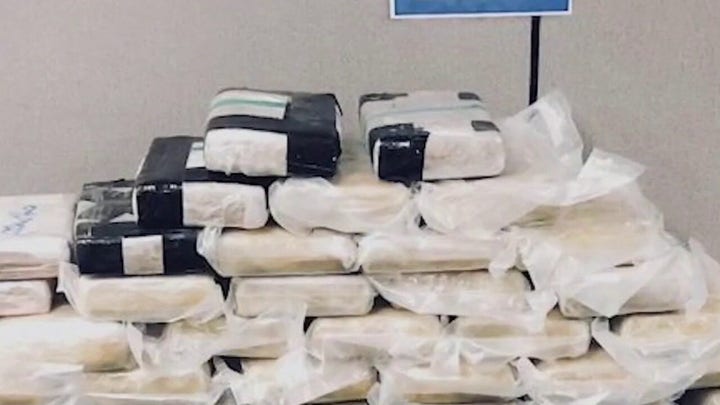 The bill also provides for “migrant processing improvements,” aimed at better protecting migrants who are in custody.

“I am proud that this bill respects their dignity by improving conditions in … short-term holding facilities, investing in alternatives to detention, making processing quicker and more efficient, and reducing backlogs of immigration, refugee, and asylum applications,” Appropriations Committee Chair Rosa DeLauro, D-Conn., said in a statement.

It comes amid a continuing crisis at the southern border, with more than 180,000 migrant encounters in May alone — the numbers for June have not yet been released.

Agents have seized an increasing amount of the deadly drug fentanyl and have been regularly scooping up gang members and child sex offenders as part of the migrant wave crashing against the border.