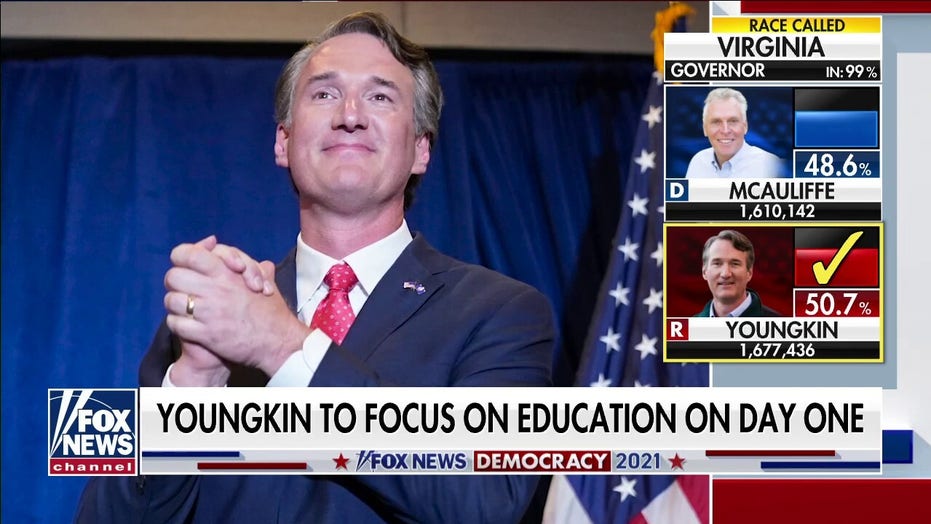 First time voters Eric Davis, Emma Potter, and Spencer Hudson discussed why they support Youngkin and what issues matter to them.

The woke political movement was humiliated on Election Day by American parents, first-responder supporters and patriotic voters who are exhausted from the ubiquitous charge that everyone and everything in America is racist.

Last year our country was pulled apart by the coronavirus, race riots and no-rules voting.  A sad acceptance crept in with the perception that our country had embraced a very radical reimagining of itself.

Socialists had a slim grasp on power after the strangest of elections and they took full advantage of it by jamming every piece of their agenda possible into an emergency spending measure and executive actions with little response from timid Republican judges.

However, one thing remained constant: this radicalized Democratic party failed to convince voters that their ideas were beneficial to them and their families. American voters sent a message on Election Day, even from blue Virginia, that a Democratic party enamored by socialism is too strident and offensive for common sense Americans.

A new coalition developed that was the core of the political pushback: Americans fired for directing their own health care decisions concerning the Chinese coronavirus vaccine; Backers of the Blue as crime has grown to unsafe and epidemic levels in all our major cities; and parents who saw the overt racism being propagandized to their children through zoom during school lockdowns. 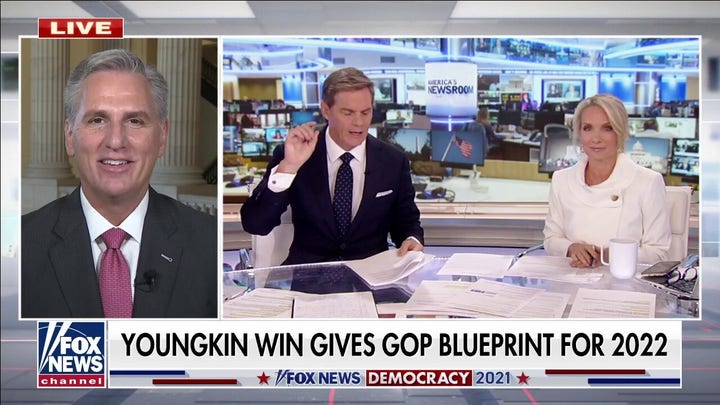 It turns out that shutting down over a year of in-person schooling got the attention of parents who had assumed that turning their kids over to schools with little supervision was responsible and safe.

It also has always been true that you can force people to do something they hate—like wear a mask or take a shot or apologize for being white, Christian, straight or male—but public compliance does not guarantee private acceptance.  In fact government forcing one to break their conscience causes the victim to find different ways to say “NO.”

Firing decent people over a vaccine for a virus where the recovery rates are A+ continues to be the most toxic part of our current conundrum followed closely by the unrelenting hatred of the Left for the complex beauty of America. 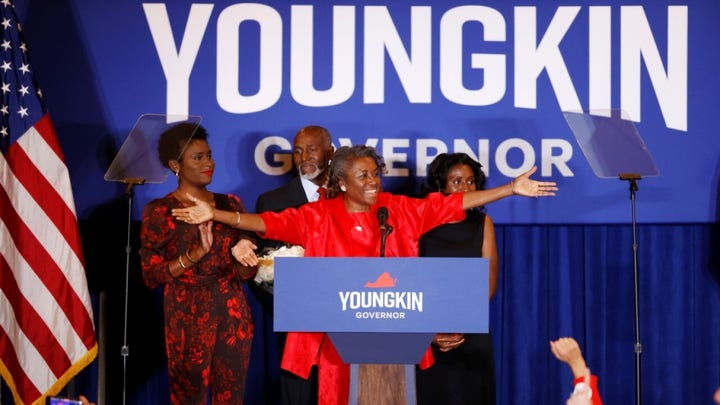 In Virginia, where my family resides, what was once a bellwether state had turned reliably blue. To make a GOP win even more implausible, consider that the top industry of the commonwealth employs those who run the Swamp.  Donald Trump’s outsider mockery of the D.C. establishment was cheered by America but scorned by those who benefit from bigger budgets and the accumulation of federal power.  Even when America suffered, the capital prospered.

It seemed real that America had embraced the radical ideas of socialism, but the races in New Jersey, Virginia, and other jurisdictions across the country have most of us realizing it was a mirage created by dishonest media, corrupt social media oligarchs and the political treason of too many who gave into the mob of political convenience.

Glenn Youngkin deserves great credit for winning competitive primary and general elections. He had three critical qualities:  vast personal wealth from his years in private equity, zero political profile by being a complete outsider and keen listening and analytical skills.

Youngkin listened as he campaigned and discovered that voters were very focused on the consequences imposed on their children and grandchildren from lockdowns, mandates, forced racism indoctrination, and all the attacks on the commonwealth of Virginia’s rich and uneven history. 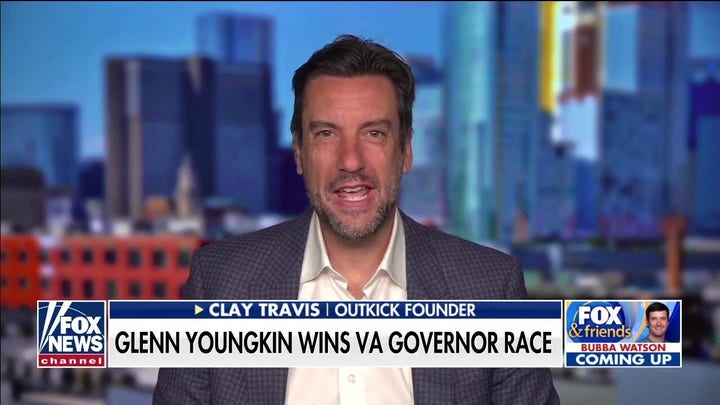 There was a desperation that this election was Virginia’s last chance to gain a sense of normalcy and America was looking at Virginia to revitalize the hopes of a nation on the rocks.

The CNN/MSNBC take away is that Glenn Youngkin won because he disassociated from President Trump.  As a voter in Virginia, I marveled that Younkin, using his own words and calming style, ran on issues Trump introduced and championed.

It was President Trump who, from the grounds of the White House, sounded the alarm against critical race theory, urged schools and sports to open back up, always backed the blue, and solved the border crisis.  Trump decried the desecration of statues and it was Trump who thought like a businessman instead of a bureaucrat.

The Trump political effort also showed discipline. He readily gave a much sought-after endorsement which was followed up by constant messaging to Trump supporters in Virginia, while allowing Youngkin to run his own race in a state that Biden carried by ten points and Trump did not campaign in during 2020. 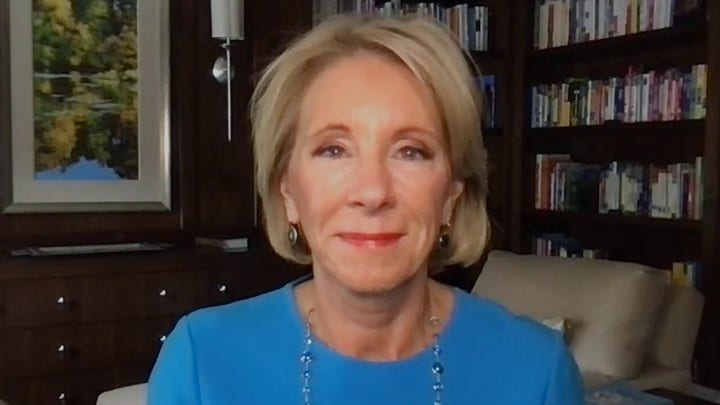 And as strong a candidate as Youngkin is, the GOP victory stretched from coast to coast.  In my hometown of Wichita, Kansas, concerned parents rose up and defeated the three pro-CRT/BLM incumbents.

New Jersey defied all the experts with a governor’s race still too close to call.  The New York City GOP picked up city council seats. In Minneapolis, the city where George Floyd died, a referendum to defund the police went down in defeat.  The GOP won the race for mayor in Rochester, N.H. for the first time since 2003. And in Virginia the GOP won every statewide race and even captured a two-seat majority in the House of Delegates.

All of this as America is just one year away from critical midterm elections. The message from voters could not be clearer: stop hating on America; stop indoctrinating our kids; stop punishing decent people. Just stop. 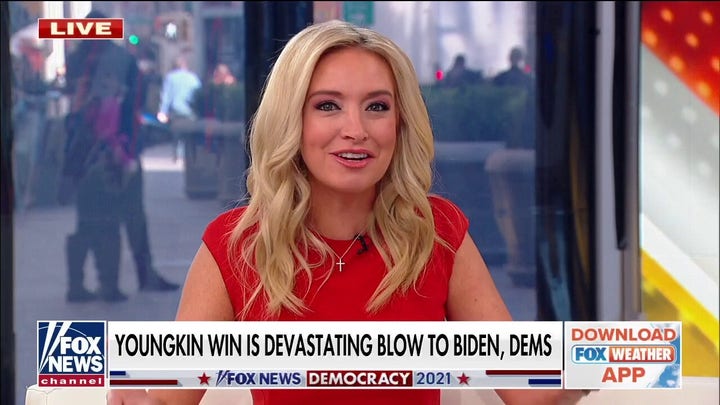 Now the D.C. Democrats face a critical decision. Do they take a page out of Bill Clinton’s playbook and acknowledge that America wants to return to loving and strengthening the country with sensible policies that grow the economy and help people live their lives, or will they take a page out of the Obama playbook and double down on “transformation.”

One thing is true, President Biden just experienced the biggest and quickest reversal in political standing of any president since the creation of modern digital media. And what will his party do in the face of this humiliation?  They will do what D.C. politicians always do; they will run away from him, his policies and his people. It is the one thing you can always count on in Washington.