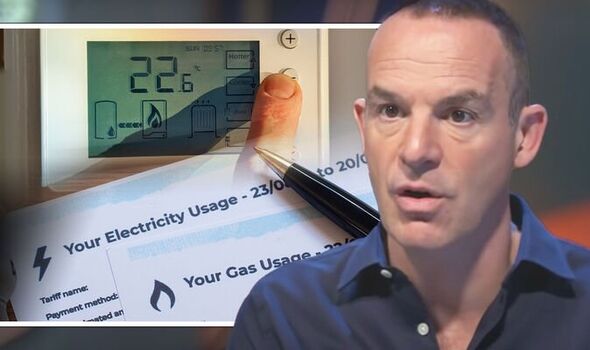 Money Saving Expert founder Martin Lewis has told his Twitter followers there could be light at the end of the tunnel when it comes to “catastrophic” energy bills. The financial expert said the new PM Liz Truss has already met with the energy companies and it looks like there could be a solution on its way.

In a Twitter post earlier, Mr Lewis hinted the energy price cap could be frozen at its current level for both domestic and business customers.

He wrote: “The planned Energy Price Cap rise set for October 1 in England, Scotland and Wales is a catastrophe, that is only set to worsen in January with a further predicted 50 percent rise, taking a typical bill then to £5,400 a year (we’re seven months through the 10 month assessment period so the figure is likely in the right ballpark).

“Predictions after that are more difficult but still likely very high unless we see an end to the war in Ukraine, or there is worldwide economic recession.”

The financial journalist has been calling on the Government to freeze the price cap which he says would help substantially.

He added that freezing the price cap at its current level will help everyone including middle earners who are also being squeezed.

While he would welcome such a move he explained that it would be expensive for public finances.

However, he added that it would be a “sigh of relief for many” – his full analysis can be read here.

DON’T MISS:
British Gas engineer shares top tips to save up to £450 on energy bill [UPDATE]
Energy bills rebate: How will energy providers pay you? [ALERT]
Aldi’s new meal plan feeds a family of four for £40 a week [INSIGHT]
Martin Lewis explains how much bills will be even if you use no energy [WARNING]