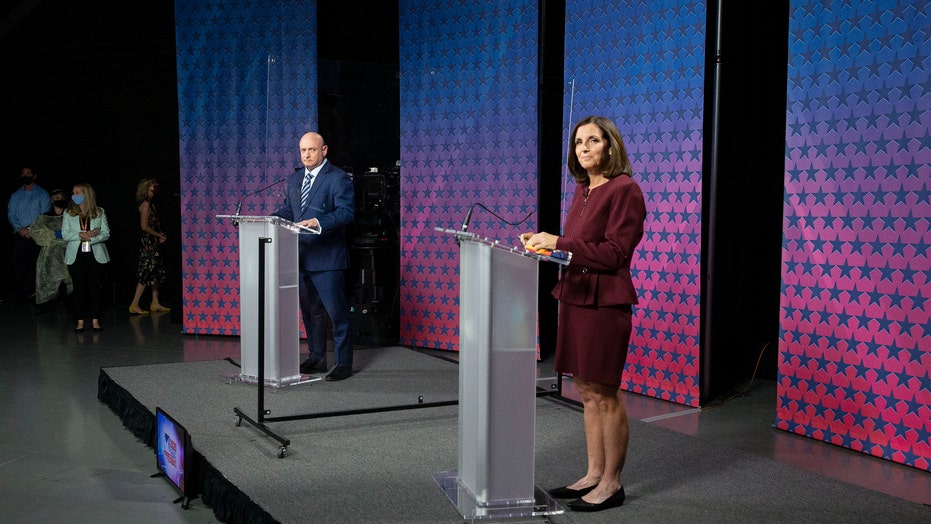 The back-and-forth on Barrett began with a question from KUAT's Arizona 360 host Lorraine Rivera about whether Kelly, a former NASA astronaut, supported pushing her confirmation through before the election, now less than a month away.

It's a topic at the center of a heated partisan debate, with Democrats accusing the GOP of hypocrisy since Senate Republicans refused to consider President Barack Obama's nomination nine months before the 2016 election. Republicans argue that Trump was elected president for four years, not three. 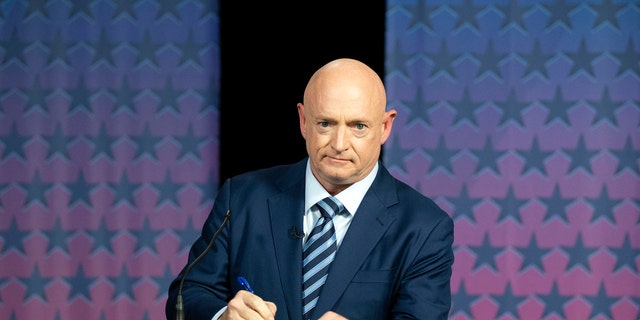 Kelly had previously told reporters that he believed the process should be delayed — as many Democrats have argued — until 2021.

He doubled down Tuesday night, accusing Republicans of rushing the process because of their efforts to convince the Supreme Court to remove the now decade-old Affordable Care Act, noting a case brought by 18 red states challenging Obamacare and the individual mandate that requires taxpayers to have health insurance.

Confirming Barrett, a 7th Circuit Court of Appeals judge, might influence the results because she would replace the late Justice Ruth Bader Ginsburg, a leader of the court's liberal wing. The court's new term begins next week, with eight justices hearing arguments virtually as Barrett's Senate confirmation hearings begin.

"Senator McSally has worked incredibly hard over the last five years to eliminate or undermine protections for pre-existing conditions through legislation," Kelly charged, referring to a popular provision of Obamacare that bars insurance companies from refusing coverage because of applicants' previously diagnosed medical conditions. "That didn't work."

A favorable verdict on the Obamacare lawsuit before the high court would "take away those protections for 2.8 million Arizonans, potentially," he added, with as many as 1 million losing their insurance. "That's not the leadership we need in Washington, D.C. right now."

McSally, a pioneering U.S. Air Force fighter pilot, asserted that Kelly's remarks were "scare tactics" that mask the underlying problems with the law.

She referred to her opponent, who attacked her over health care and unemployment, as "Counterfeit Kelly" for most of the evening and launched a website under the same name attacking what she called "big government" ties.

"I will always protect people with pre-existing conditions, and Democrats and Republicans agree about that," she stated, arguing that the Supreme Court fight is less about Barrett and more about a liberal-led initiative to appoint "activist judges."

She also highlighted the risk of Democrats "packing" the high court, a move some party members have backed if they gain a majority in Congress after the GOP confirms Barrett.

McSally then asked Kelly flat out: "Would you vote 'yes' or 'no' on Judge Barrett?"

"I said I would vote 'no,'" Kelly replied. "This should wait until a new year when we have a new president and a new Senate. We're within 30 days of the election, and Senator McSally wants to rush through a lifetime appointment. And, the reason is: It's this case about pre-existing conditions and the Affordable Care Act."

Many view the Arizona Senate race — and Kelly's stance on Barrett — as nationally significant. As AZ Central reported Tuesday night, the special election could decide which party controls the Senate next year and set the tone of the Supreme Court.

If Kelly wins his special election to fill the seat held by former Sen. John McCain, a Republican who died in August 2018, he would take office by Nov. 30, narrowing the slim GOP majority further.