Lynas Corp has finally received a much-needed three-year extension to its license to operate in Malaysia, ending 18 months of turmoil that has threatened its existence.

The rare earths group was granted an operating license in Malaysia from the Malaysian Atomic Energy Licensing Board (AELB) valid until early March 2023, the company announced in a statement to the ASX on Thursday morning.

The extension is subject to conditions that include not importing materials carrying low level radioactive waste into Malaysia by July 2023.

The company, which is the only proven rare-earths miner outside China, would also have to develop a permanent disposal facility for radioactive waste in Malaysia, which has generated so much controversy with locals, within a year. 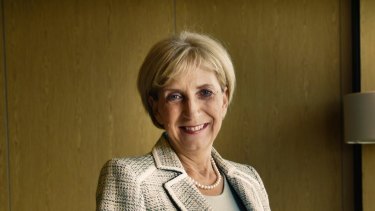 Lynas extracts rare earth ores -17 elements crucial to the manufacture of many hi-tech products such as mobile phones, electric cars and wind turbines – from a mine near Perth and currently sends the materials to a facility in Malaysia for processing.

Lynas chief executive Amanda Lacaze welcomed the news of the license extension and said the company had demonstrated its operations are safe.

She said the company was on track with the development of its cracking and leaching operations offshore, which would extract the low level radioactive waste before it is exported to Malaysia.

"We also confirm our commitment to develop our new cracking and leaching facility in Kalgoorlie, Western Australia," said Ms Lacaze.

The future of Lynas was imperilled in 2018 when Mahathir Mohamad's coalition gained power in Malaysia, which included groups that had called for the closure of the rare earths group's operations in the country due to concerns over toxic waste issues.

The government issued a six-month extension to the company's licence in August with the promise of a longer-term extension if Lynas submitted plans by March this year to stop cracking and leaching in Malaysia, the process that produces low-level radioactive waste.