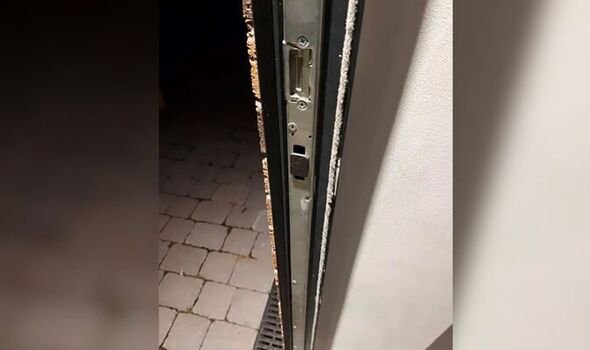 A locksmith has warned homeowners about a “new burglary trick” being used to gain access to properties.

Lynton Christian says brazen crooks place a magnet or another flat object across the bolt-hole of the door of the home they wish to enter during daylight hours when the occupants are home. It blocks their door bolt from closing and prevents the lock from working.

All it requires is that the door is left unlocked or ajar by the homeowners for a moment.

Burglars then return to the home later when the occupants are sleeping or out of the house, so they can enter freely due to the lack of a working lock.

Lynton, from The Wirral, Merseyside, stressed he wasn’t warning people with a view to profit as a locksmith, but hoped people would take extra care to “stop, look and check,” their locks before going to bed.

He said the “new trick” relies on the homeowner not discovering the reason why their door isn’t locking and hoping for the best, or putting off acting on it until the next morning, by which time the criminals may have already struck.

Speaking to Liverpool Echo, Lynton said: “I didn’t think this was actually a thing at first. But as I’ve seen in the past week I’ve seen it happen, or almost happen, twice to the same shop and another case with a guy who was in the house all day, which is shocking.”

The locksmith continued: “They must’ve hopped over his back gate, quickly threw a magnet on his open back door. Then if he hadn’t have spotted the magnet, he would’ve probably just thought his lock was faulty.

“That’s one of the reasons why I wanted to make people aware. A lot of people will just want to call the locksmith in the morning for the lock that seems broken, leaving them at risk overnight.

“If your lock’s off and you don’t stop, look and check where the bolt goes in then there’s a chance that people could be burgled, that same night even.”