New York (CNN)For over 30 years, “Reliable Sources” has covered the role the press plays in societies around the world. In the show’s final episode Sunday, host and CNN’s chief media correspondent Brian Stelter noted how journalists today are increasingly under attack — a worrying trend that poses a real threat to democracy. 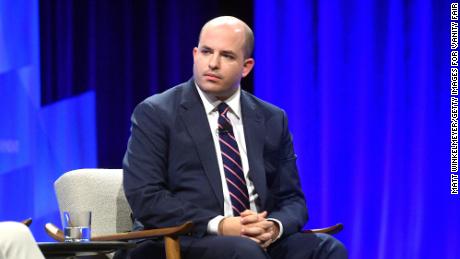 And it’s a story every media organization needs to be focused on, veteran journalist and author Carl Bernstein said, noting that the “pendulum is swinging against democracy all over the world.”

That is happening in Western Europe and in former communist countries to the east, Bernstein said, but there’s also a clear decline of democratic ideals at the state and local levels around the globe.

“The number of countries in the past 10 years that have gone from democracy to authoritarianism is increasingly rapid,” Bernstein said. “We need to cover it, even if it’s not sexy.”
Jodie Ginsberg, president of the Committee to Protect Journalists, noted how vital a free press is to democracy. Over the past 20 years, that role is coming under threat with increased political polarization and the spread of authoritarianism worldwide. 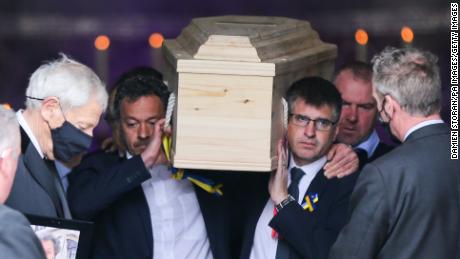 “They’re also increasing their verbal attacks on the press,” Ginsberg said of the anti-democratic forces taking root around the world. “They’re discrediting of the press, because in discrediting the press that enables them to avoid scrutiny.”

Authoritarians know they need to convince people that the press is the enemy to stay in power, The Atlantic editor-in-chief Jeffrey Goldberg said.
“The important thing is not to be fooled,” he cautioned.
To keep democracy thriving, Goldberg said journalists need to report the truth plainly and fearlessly, and do a better job explaining the role the industry plays to outsiders.
The framers of the US Constitution, “the leading avatars of democracy 200 years ago, talked about the indispensability of a free press,” Goldberg said. “And we need to educate people about the indispensability of what we do to make democracy work.”
But Stelter questioned if the media today is meeting the moment and shining a bright enough light on the current threats to democratic ideals.
Goldberg conceded that The Atlantic, along with many other outlets, was “slow” in responding to the radical changes in American political norms over the last six or seven years. He recalled how his publication was hesitant to use the word “racist” to describe Donald Trump’s incendiary statements, instead using descriptors like “racially charged rhetoric.”
“Finally, you realize, you know what, you’ve got to speak plainly and you’ve got to speak directly and call things what they are,” Goldberg said. 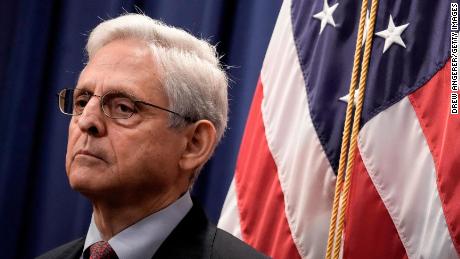 But even as the media is playing catch up, the industry needs to be outspoken about its true purpose.
“We’ve made ourselves defenseless because we assume that everybody understands who we are, what we’re doing, why we’re doing it and how we do it,” Goldberg said.
NPR TV critic Eric Deggans, when speaking about the future of CNN, noted that many viewers put a political lens on top of reporting that is actually about preserving democracy and holding politicians responsible.
“When you have one politician who’s denouncing the press as the enemy of the people, when you have one politician who insists that he won an election that he did not win, when you have one politician who was blaming immigrants unfairly for America’s ills, you have to have a journalism apparatus that is free to call out those excesses without fear of being accused of being unfair,” Deggans said.

He added that he hopes CNN avoids creating a “false equivalency” comparing the state of the country’s two political parties. Deggans said he hopes to not see the “regular dysfunction” of one party balanced with the extremism of the other.
“I’m concerned also that it will be hard to hold on to viewers if all you do is just give them facts,” Deggans said. “They do need context. They do need free and fearless exploration.”
Source: Read Full Article