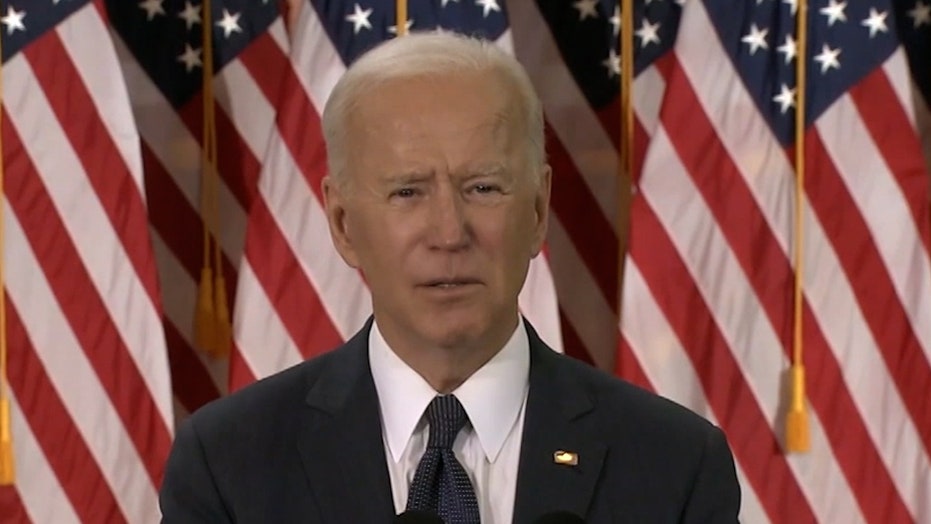 Every Friday, Laura Ingraham and Raymond Arroyo deliver their hard-hitting truth on all things news, politics, and culture in their weekly series, “Laura & Raymond.”

These punch-packing primetime personalities have had a home on Fox Nation since the platform’s inception in 2018, where they cover the biggest headlines of the week in only the way they can.

This week, the dynamic duo touched on news of the President’s infrastructure plan – a costly proposal that will be funded by raising taxes on U.S. corporations, which Ingraham was quick to call ‘phony.’ The segment focused on Biden’s on-camera breakdown of the over $2 trillion measure – with Arroyo commenting that Biden’s pitch was “as sprawling and disjointed and confused as the plan itself.”

Arroyo also quipped that he hopes there’s a “designated presidential translater as part of this infrastructure plan.”

The president’s plan is unlikely to be supported by Senate Minority Leader Mitch McConnell and the GOP, who argue the proposed bill could be pushed in a more bipartisan manner.

To watch more of the episode – and catch others from ‘Laura & Raymond’ – visit Fox Nation.