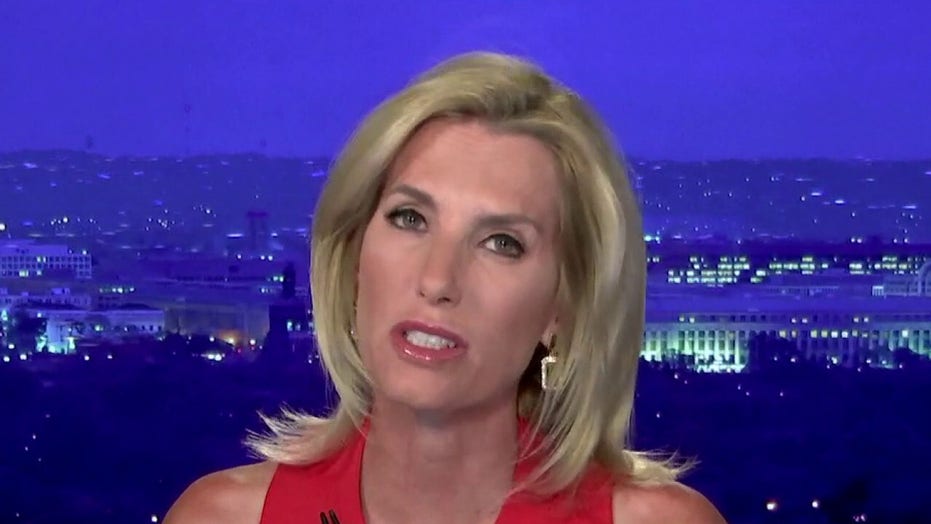 The second night of the Democratic National Convention was highlighted by a parade of political "failures," Laura Ingraham said Tuesday night.

"Democrats, doing everything in their power to avoid telling you what the real plans are if the country actually picks Joe Biden … trotted out a bunch of old familiar faces in a desperate attempt to reassure Midwest voters that Biden will govern as a moderate," said "The Ingraham Angle" host. "However, after watching tonight's speakers lineup, every American should be alarmed. It was a veritable who's who of failures, each of whom have done immense damage to our country."

Ingraham began with former President Jimmy Carter, who praised Biden Tuesday as the "first and most effective supporter in the Senate" of Carter's 1976 presidential bid.

"Are Democrats really trying to harken back to the days of double-digit unemployment, inflation and, of course, Jimmy Carter's malaise?" Ingraham asked. "What does it say about their platform today? … Carter's biggest accomplishment was getting Ronald Reagan elected president."

Turning to former Secretary of State John Kerry, Ingraham claimed the 2004 Democratic presidential nominee was best known for "windsurfing, sending pallets of cash to Iranians and secretly advising that murderous regime behind the backs of the president and the State Department."

"While America has turned away from the interventionist neocons of yesteryear, the Dems trot out one of the masterminds behind Iraq," Ingraham said. "You remember, the one that wasted trillions of dollars and sent thousands of Americans to their deaths in a quixotic search for WMD's? Is this how Joe's foreign policy will be shaped?"

Finally, Ingraham ripped former President Bill Clinton, who said in his remarks Tuesday that "the Oval Office should be a command center, and instead it's a storm center."

To which the host responded: "The man who turned the Oval Office into a mini-Playboy mansion probably shouldn't be lecturing Americans about what it should symbolize."