Flooding across east coast Australia earlier this year has triggered a shortage of many types of fresh produce, including lettuce, with prices as high as $12 a head forcing fast food outlets like KFC or Subway to partially substitute it with cabbage, or go without it entirely. 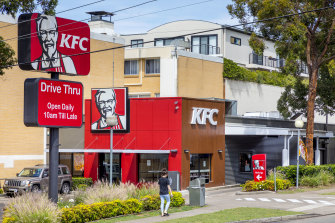 KFC outlets, excluding those in the Northern Territory and South Australia, currently uses a 60/40 blend of lettuce and cabbage – but this will soon no longer be necessary, O’Malley said.

“The crop got decimated. We do think it’s short term in nature,” he told The Sydney Morning Herald and The Age. Though customers had been understanding of the change, “we think within the next five to seven weeks we’d probably see a return to normal.”

O’Malley made his comments after Collins Foods, which operates KFC in Australia and Europe as well as Taco Bell in Australia and Sizzler in Asia, revealed a 25 per cent increase in net profits to $59.7 million for the 2022 financial year.

O’Malley attributed KFC’s growth to its brand positioning as being value for money. Marketing campaigns such as the ‘Did someone say KFC?’ ads have also kept the brand top-of-mind for consumers, he added.

But O’Malley said the company was looking at a third price hike this year as businesses grapple with rising input costs from petrol to packaging on top of soaring produce prices. KFC, which usually lifts prices by 1 to 2 per cent every year, has already done so twice this year, first in January and then again in June. 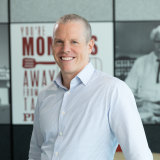 “We do think that another additional menu price increase may be required” in the current financial year, which started in May, O’Malley explained.

“We’re not immune to some inflation here.”

UBS analysts have a “neutral” rating on the company and said it posted a “strong finish” to the end of the last financial year and “a very impressive start” to the new one.

“But we need more clarity on costs and extent of potential margin pressure,” they said in a note.

Looking into the future, O’Malley said the business would continue to rely on Australia as a “core growth engine” with its more than 250 KFC restaurants in the country.

But it’s also hoping to “turbo-charge growth” in Europe as well as expand the Taco Bell brand in Australia. There are 34 Taco Bell stores across NSW, Queensland, Victoria and Western Australia.

“We expect to get it to scale in three years and that’s when we expect the brand to be performing well,” O’Malley said.