Home » World News » Karol Markowicz: It's my America-versary – I'm grateful for the US and it shouldn't be wrong to celebrate it 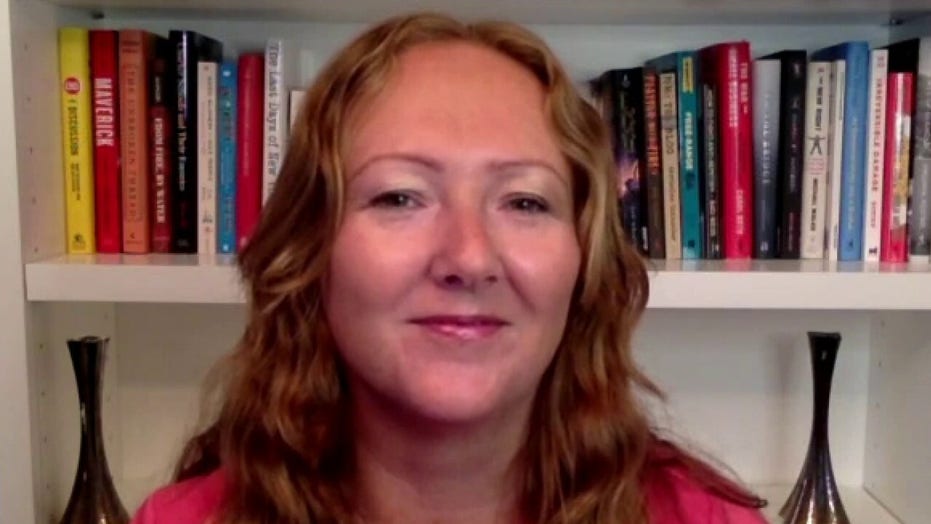 Karol Markowicz celebrates her ‘America-versary’: USA is the ‘greatest country that’s ever been’

New York Post columnist Karol Markowicz celebrates the anniversary of her immigration from Russia to America.

Tuesday is my America-versary. Every year on July 20th, my family commemorates the day my mother and I arrived in America. My father and grandmother had arrived a couple of years earlier. We got out. We are free. We celebrate.

We will toast our luck and declare: The United States is the greatest country in the history of the world, and we are so grateful to wake up here.

Saying so shouldn’t make anyone uncomfortable. But it does.

It’s a tough moment to be a patriot. Radicals are rewriting our history, framing America not as a shining beacon of freedom, but a pit of wickedness. They are recasting our heroes as villains.

Our flag is triggering. Our National Anthem no longer represents us all. Nothing about us is good. Everything is bad.

This isn’t a fringe sentiment. That article about the “polarizing” nature of the U.S. flag ran in The New York Times. The National Football League is playing the “black national anthem” before games this fall.

But as an immigrant, I get to reject all of this out of hand. I’ve noticed I get a pass for my unabashed love. There’s no discomfort for me in celebrating this country openly and often.

It shouldn’t take living under totalitarianism to acknowledge how good we have it in the United States. It shouldn’t be uncomfortable to say that we are the greatest country that ever was.

Too often, I hear variations on this line: “Of course, you think America is so great, it beats the alternative for you.” The implication is that as an immigrant, I don’t know any better. But it’s the America-haters who don’t know.

I’m very aware of the life I almost had.

Last week, when Cubans took to the streets to demand their freedom from the tyranny of their Communist regime, they waved the American flag. So too did the protesters in Hong Kong and Venezuela in 2019.

There’s a reason that people who ache to be free wave our flag. We’re the light in the darkness for freedom-loving people all over the world. We should swell with pride in this.

It shouldn’t take living under totalitarianism to acknowledge how good we have it in the United States. It shouldn’t be uncomfortable to say that we are the greatest country that ever was. You needn’t have escaped from Communism to know it.

It worries me that so many who were born free discard their birthright, treat it as irrelevant or unimportant. I’m raising three children. I love celebrating my yearly America-versary, but I love even more that my children don’t have one. They are Americans from birth. They have never been anything else. They are the luckiest.

But there is also my challenge: how to teach these little Americans not to take what they have been gifted for granted. I grew up with the stories of what my life would have been in the Soviet Union. I saw the sacrifices made for me up-close.

My mother never saw her father again. Her mother visited America a few times but barely spoke, afraid she was being followed, afraid the Communists were eavesdropping on her conversations. Moving to America was glorious, a great miracle, our salvation. But nothing about it was easy, and I knew it.

I tell them: True patriotism doesn’t ignore the country’s ills. But true patriots also don’t spend all of their time focusing on injustices or self-flagellating for an imperfect history. You live in the best country in the history of countries. It’s not even close.