Over the past week, major Australian companies have disclosed staff underpayments totalling $37 million. Stretch that out to the past six months and that number skyrockets to over $381 million.

Despite these worryingly high numbers, markets have largely ignored the crisis. Even as the cost of the underpayments wiped millions from bottom lines, shares have continued to rise. 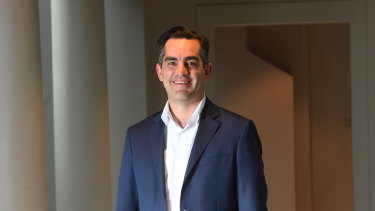 "And if systems are weak, such that this was allowed to happen, what else is going wrong?"

Companies are also facing pressure from both customers and Canberra, as Attorney-General Christian Porter implored companies to “get the message”, warning they could face legal consequences if they don't.

Matthew Booker, fund manager at small-cap fund Spheria, notes while there's a moral issue when it comes to underpayments, his concern primarily lies with the financial implications.

"The concern comes back to the sustainability of earnings. The market extrapolates an earnings number based on wages assumptions and, obviously, if that assumption is incorrect, there has to be a reassessment of the financial prospects of that business," he said.

"So yeah, it's definitely an issue."

"As a result of [our questions], they double back and go over everything, which is the answer we want to hear," he says.

"But will something come up in the future? It probably will, won't it?"

As underpayment cases proliferate, executives have been quick to distance themselves from the more deliberate and egregious cases exhibited at major chains such as Domino's and 7-Eleven.

"There's no advantage in us doing this," Super Retail chief Anthony Heraghty said this week. "[We] simply got it wrong."

But while executives don't shy away from accepting blame for these cases, they're also quick to find appropriate scapegoats, such as the "complexity" of complying with Australia's industrial relations landscape.

This week, a different issue emerged. Executives have claimed payroll and workforce management software, bought from international vendors, has been incorrectly configured, leading to mismatches and errors, as algorithms crunch data from numerous bargaining agreements and awards. 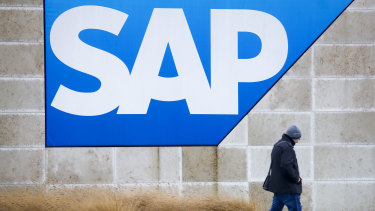 SAP workforce management software is used by a number of major Australian retailers. Companies say the incorrect configuration of this software can cause underpayments.Credit:Bloomberg

Prominent workforce management and payroll software, such as SAP, Kronos, DXC and Infor, can cost major businesses upwards of $15 million a year. They're often sold to companies as a safe bet, with one industry insider likening it to the popular edict: "Nobody ever got fired for choosing IBM."

But the issues don't lie in the software itself, executives argue, rather the configuration, which is often done by vendors, contractors or consultants, hired by companies with the assumption they'll plug in the correct parameters to ensure staff get paid correctly.

Sources familiar with the configuration of such software say major companies often pay in the millions to have these systems set up by third parties, who do so incorrectly. The source, who spoke anonymously for fear of retribution, likened the situation to "driving a Ferrari with Holden wheels".

"These executives thought they were doing the right thing, they sign off on the installation and then five years later they find out they've been underpaying people and their reputation is now shot," they said.

"Out of all the brands dragged across the coals in recent years, I would say there's only one who would have actually been aware of the naughty things happening."

However, others in the industry dispute that companies are exempt from blame. Global workplace management consultancy Axsium has worked with a number of major Australian retailers to establish and configure their systems, and it argues the onus falls on the company to keep things up to date.

"At any point, a change in the award, tax legislation, the labour market or local practice means the organisation will to need to update the configuration and re-test," Axsium regional director Andrew Parker told The Age and The Sydney Morning Herald.

"The job's not done when the system is set up. It's a continuous battle to keep it up to date, and if you don't invest in that, you get into trouble." 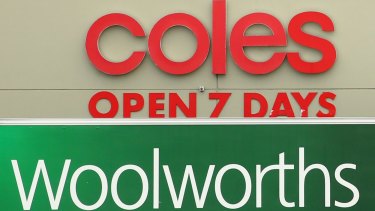 Both Coles and Woolworths have announced major underpayments in recent months.Credit:Quinn Rooney

One thing that is agreed on by those involved in the workforce management space is the current complexity of awards, which plays as a major factor in why payroll systems are mis-configured.

One consultant involved with establishing systems for a major retailer said the company had 80 different industrial awards and agreements to incorporate, each of which required monitoring and cross-checking as they were updated.

"There's a lot of panic right now in the business world, people who think 'if these big retailers can't get it right, how am I supposed to?'" he says.

"The very fact that these huge businesses are getting it wrong underlines how hard it is, rather than that they're awful people or terrible at doing business."

"It's just a very, very tricky thing to get right."