Interest rates have unfortunately taken a tumble recently, as a result of the ongoing COVID-19 pandemic. The Bank of England reduced its base rate to a staggering low of 0.1 percent in March 2020, and has kept the rate at the same level since. This has had a knock on effect on banks and building societies across the UK, and thus on Britons who are wishing to put their money away to let it grow.

However, a Bank of England policymaker has stated he does not expect interest rates across Britain to return to commonly observed rates from earlier on in the 2000s in his lifetime.

Gertjan Vlieghe, a member of the Monetary Policy Committee (MPC) at the central bank attributed his belief partly to the effect of an ageing population within the UK.

He made the comments when speaking to students at Durham University about the state of the economy.

The students posed the question as to whether interest rates would return to levels commonly observed before the financial crisis. 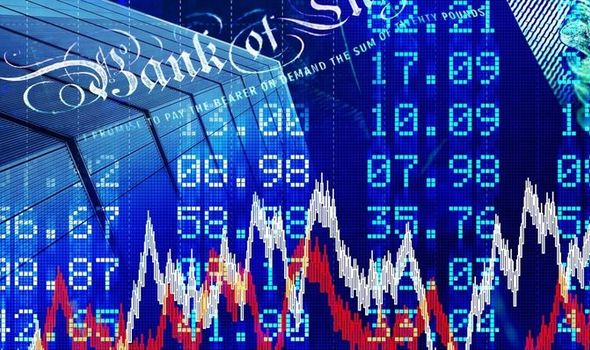 The Bank of England economist responded by stating: “Maybe not in my lifetime.”

Interest rates have fluctuated in recent years, but took a shock blow due to the 2008 financial crisis, and did not fully recover since this event.

With the added impacts of the pandemic, it is uncertain when the economy will return to levels formerly observed.

Mr Vlieghe added: “Actually, if you look at very long run data on interest rates, it’s the 1970s and 1980s that were unusual decades.

“Interest rates were unusually high then.

“I think one of the really big drivers of that is  demographics.

“It doesn’t mean that interest rates don’t go up from current levels, it just means that when they do go up, they don’t go back to four or five percent.”

The economy is braced for announcements set to be made by the Chancellor next week in his 2021 Budget.

It is expected a number of key economic policies will be announced, which are likely to steer the country out of the pandemic in the coming year.

Another measure which has recently been speculated is negative interest rates, in a potential first for the British economy.

In recent weeks, the Bank of England has asked banks and building societies to prepare to implement negative rates by the end of the summer.

The central bank stated the measure was merely “in the toolbox” at present, but the option remains on the table.

It is thought negative interest rates could encourage Britons to spend rather than save, and therefore provide a well-needed boost to the economy.

A stimulus to the current state of the economy could provide a path out of the pandemic.

Negative interest rates have previously been implemented in countries such as Switzerland and Japan to help in trying financial times.

However, it remains to be seen how such a measure could be implemented in the UK and how it would affect Britons who want to spend or save.

Do you have a money dilemma which you’d like a financial expert’s opinion on? If you would like to ask one of our finance experts a question, please email your query to [email protected].