Interest rates have been frequently bumped up by the Bank of England has the course of the year. Sky News’ Economics and Data Editor Ed Conway outlined the timeline of the changes, summing up the exponential rise in a disquieting graphic. Mr Conway said: “What is going on here is, this is the Bank of England’s official rate and that’s where we are at the moment, 2.25 percent.

“What I’m going to show you here is where markets and traders expected it to go in the coming years. This is where the expectation was back in February – it’s extraordinary to think how much things have changed since then.

“Back then, people who were making bets on this stuff only thought it was going to go up to 1.75 percent and inflation was already starting to rear its head at that point.

“But look at what’s happened since then – that was in February, then it went up to about 2.75 percent in August, remember this is just the expectations but it feeds into the mortgage costs we’re all paying because it goes into something called swap rates.

“You’re talking about the costs mortgage lenders look at when they’re looking at how to price their mortgages.” 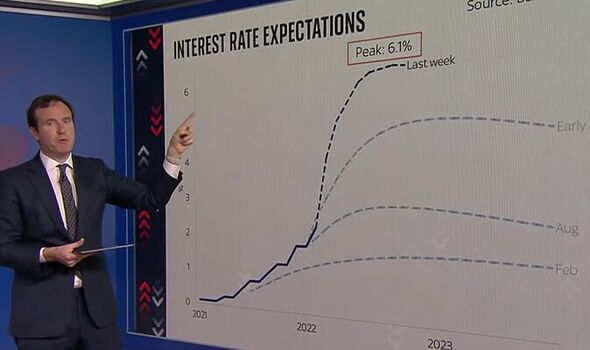 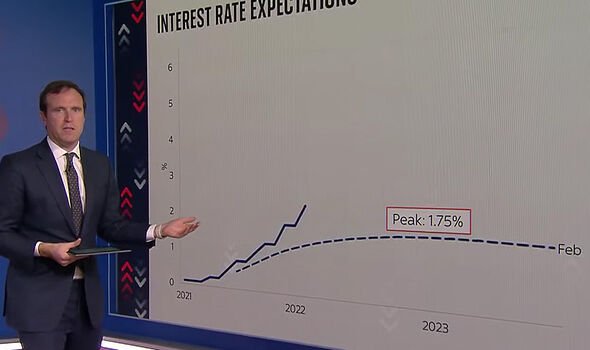 He continued: “Then, by early September, of course, we had the new Liz Truss Government by that point, no one was 100 percent sure what they were going to do.

“By then already, the cost of borrowing in terms of the expectations of where it was going was up to 4.75 percent for bank rates next year. 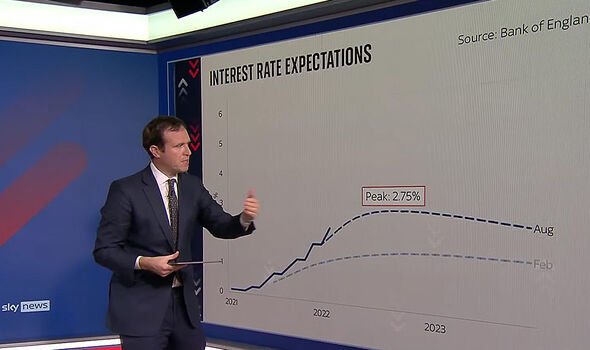 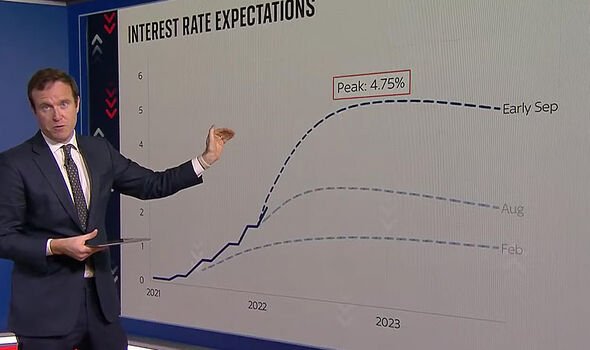 He added: “That could obviously yo-yo around but the big difference is the comparison between where we were only at the start of the year and where we are now.

“That’s a big difference. And when you look at what’s available on the market, you see that stuff is already starting to feed through.”

The Bank of England is expected to add a further 75 basis points to borrowing costs when it meets on November 3 after confirming last week they would not proceed with an emergency hike.

Analysts at Goldman Sachs have said: “We are not yet convinced that the BoE will be able to – or want to – respond forcefully enough on policy rates to shore up the currency in the near term.”

The assessment comes as a new Moneyfacts.co.uk report showed the average five-year fixed-rate mortgage on the market hit 6 percent for the first time in 12 years.

The typical five-year fixed-rate mortgage on Thursday was 6.02 percent, having shot up from 5.97 percent on Wednesday.

The last time average five-year fixed-rate mortgages were at 6 percent was in February 2010, when the rate was 6.00 percent.

The average two-year fixed-rate mortgage stands at 6.11 percent, having breached the 6 percent mark on Wednesday, for the first time since November 2008.