Today, the conservative-majority Supreme Court heard a case that, depending on its ruling, holds the potential to obliterate the reproductive rights enshrined in 1973’s landmark Roe v. Wade.

In the case of June Medical Services LLC v. Russo (previously v. Gee), abortion providers are challenging a 2014 Louisiana state law that requires them to have admitting privileges with a nearby hospital, or the right granted to a doctor by a hospital to have their patients admitted to that facility. This requirement, abortion providers argue, would eliminate the already-few access points to abortion in the state. Currently, there are only three abortion providers in Louisiana.

The Supreme Court has already ruled that a similar law was unconstitutional.

Four years ago, the Supreme Court struck down a nearly identical Texas law in the case of Whole Woman’s Health v. Hellerstedt. Proponents of the Texas law, which included an additional stipulation that required abortion providers to meet the standards of an ambulatory surgical center, argued that these conditions would improve the health care of patients. Still, in a five-three ruling, the Supreme Court ultimately ruled the law unconstitutional for placing an “undue burden” upon those seeking abortions. 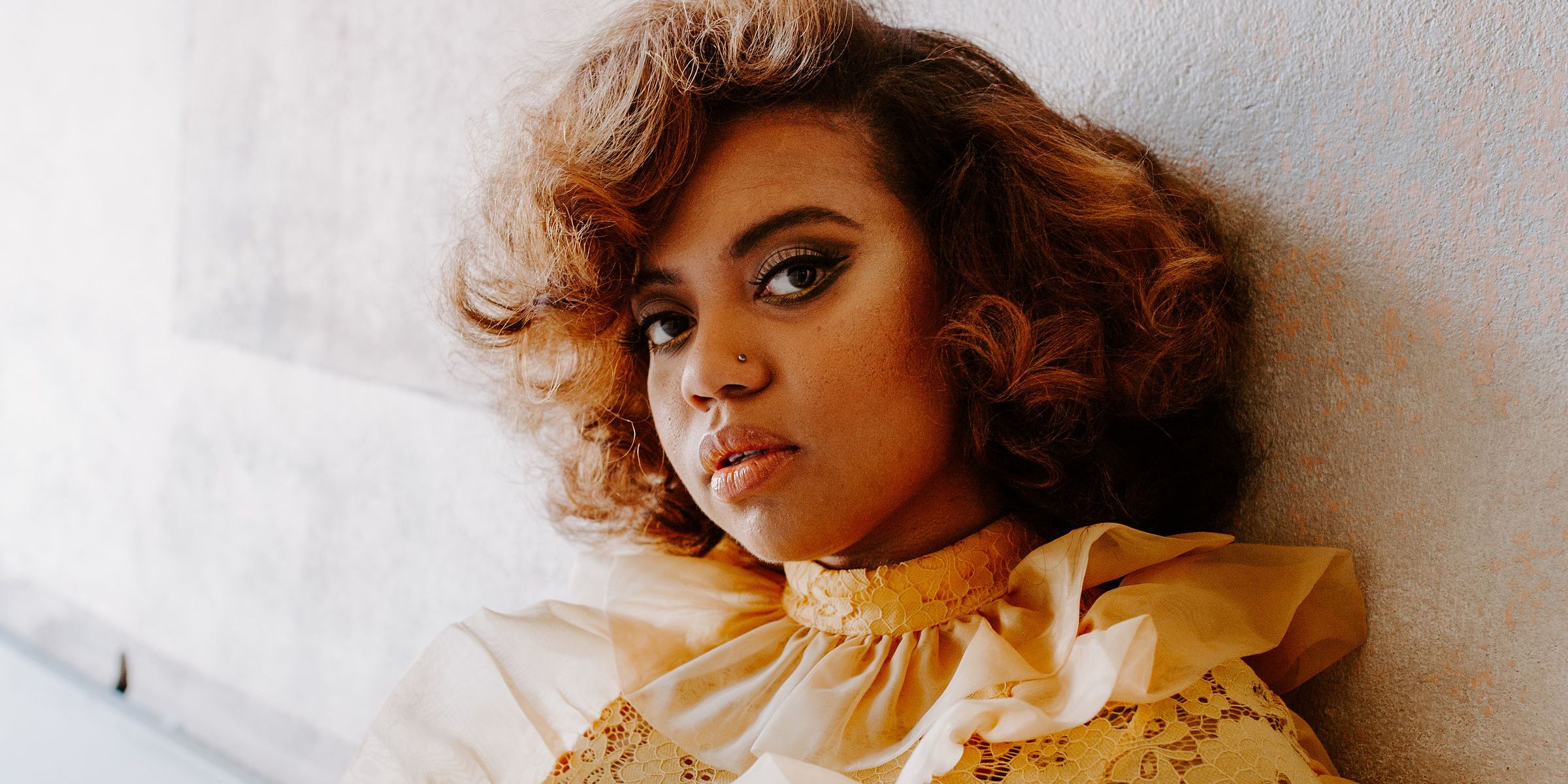 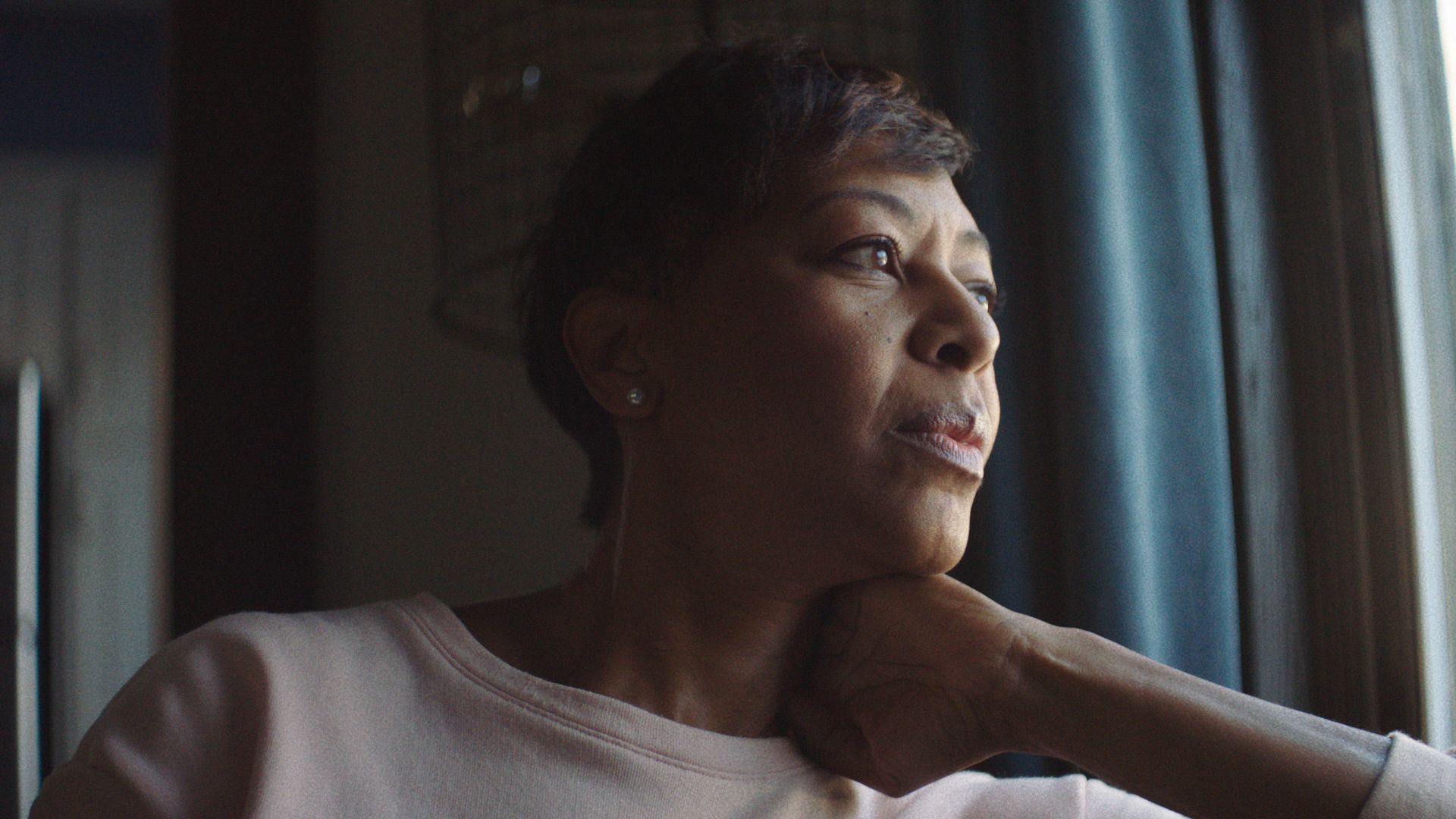 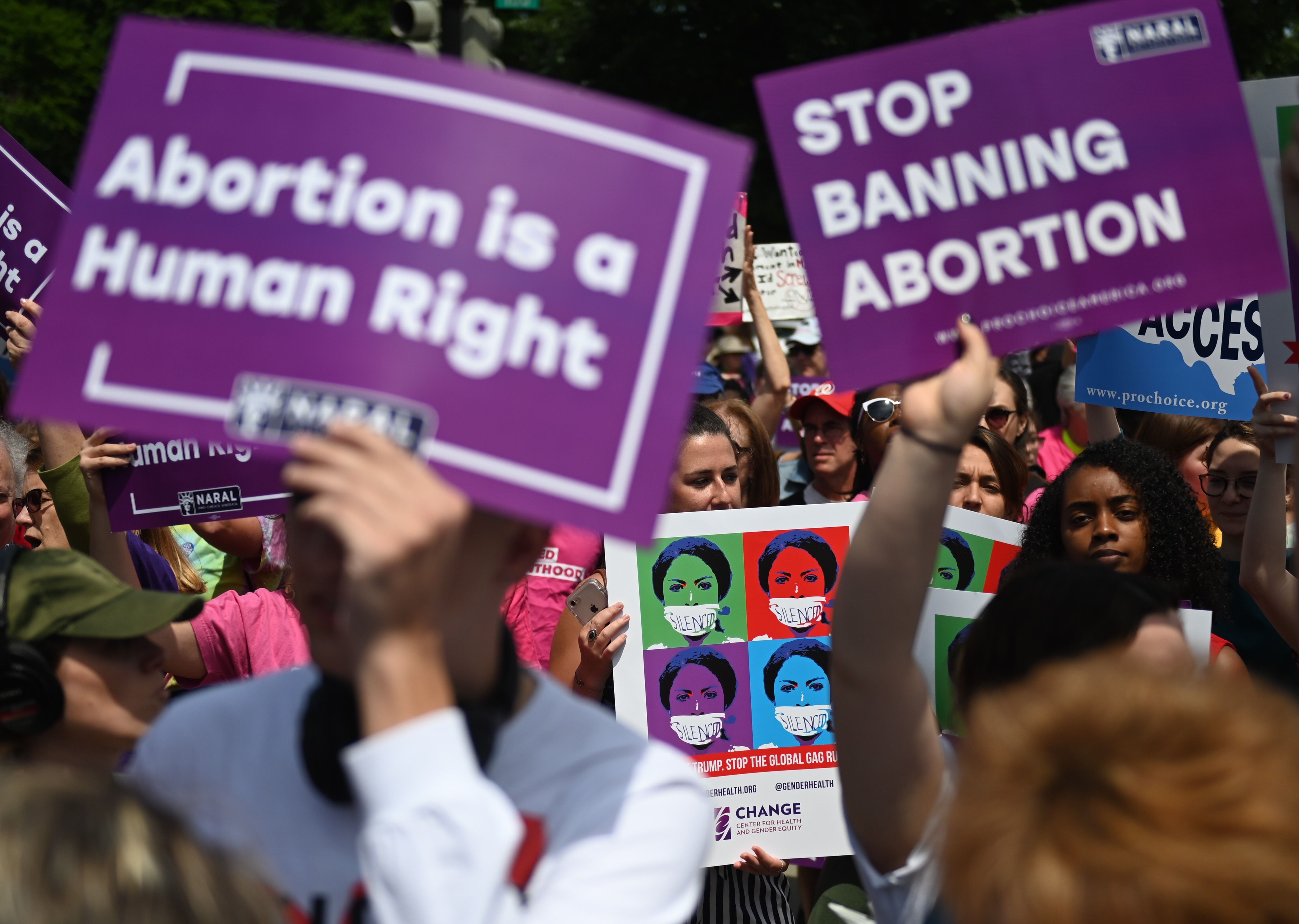 Justice Ruth Bader Ginsburg wrote of the case, “Many medical procedures, including childbirth, are far more dangerous to patients, yet are not subject to ambulatory surgical-center or hospital admitting-privileges requirements.”

So then, why is the Supreme Court hearing a nearly identical case today?

“This Supreme Court case is about this Court’s willingness to gut precedent, period,” says Ilyse Hogue, NARAL Pro-Choice America president, in a statement to BAZAAR.com. “SCOTUS heard a case identical to this one in 2016 and the Court decided … that these states are passing laws to close clinics, at the expense of people’s health, and that’s unconstitutional. The single thing that has changed since then is the makeup of the Court. Nothing else.”

The Supreme Court now leans toward a conservative majority.

President Donald Trump has repeatedly vowed to overturn Roe v. Wade’s epochal ruling and has worked to make good on his promise by filling the Supreme Court with conservative judges. Opportunity came early in Trump’s presidency when he filled the late Antonin Scalia’s seat with conservative Justice Neil Gorsuch in 2017. Then, after Justice Anthony Kennedy retired a year later, Trump pushed through Justice Brett Kavanaugh, who ascended to the bench despite a history of hostility against reproductive rights and highly publicized accusations of sexual misconduct by multiple women.

“Most women are not over the travesty of Brett Kavanaugh’s confirmation to the Supreme Court,” Hogue continues. “The fact that he will hear this case, which could bring us one step closer to decimating our rights and our freedoms, adds insult to injury.” 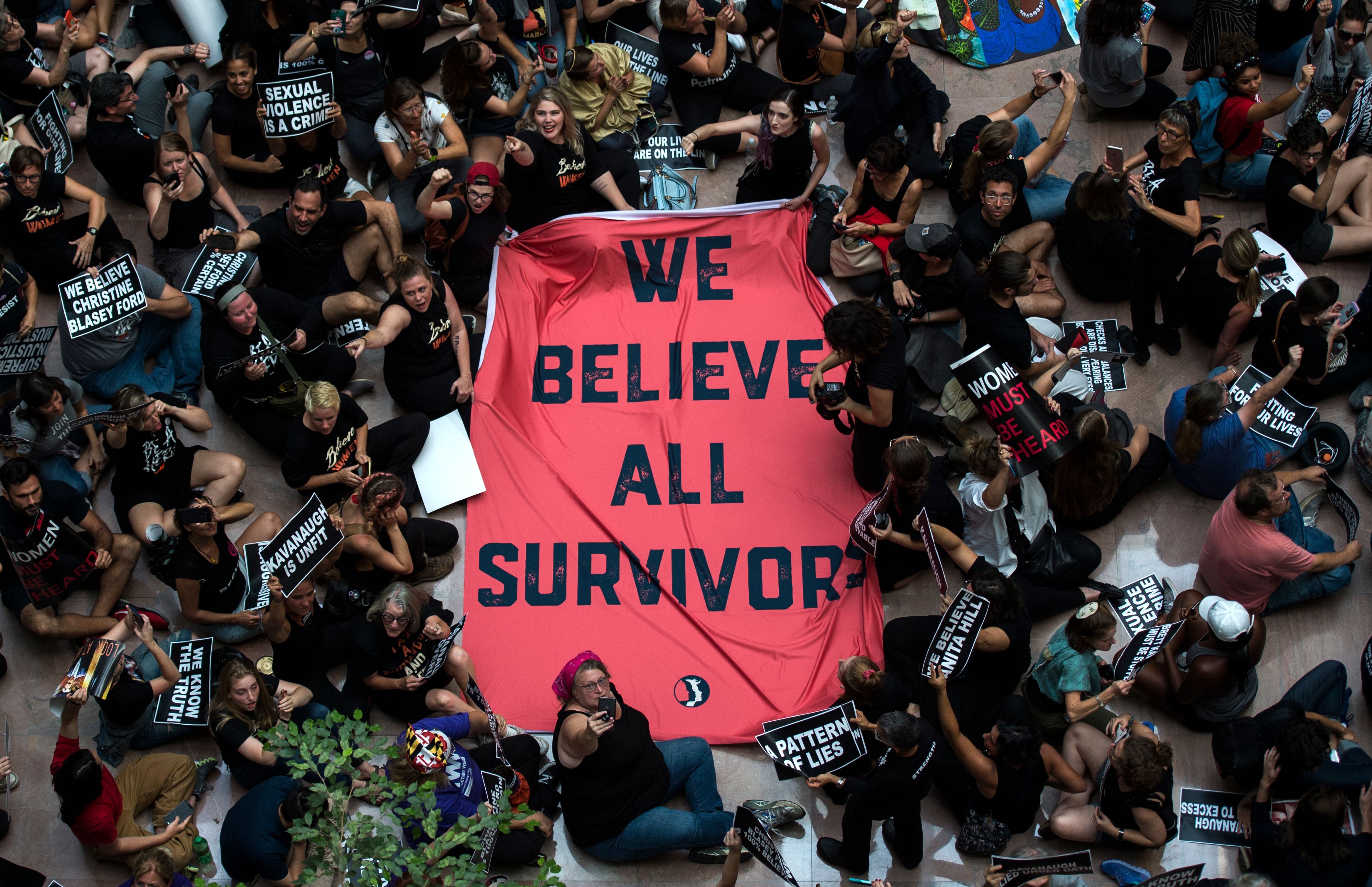 After the Fifth Circuit refused to rehear the case in early 2019, the Supreme Court reentered the fray, placing a temporary hold on the state’s law. By October, the court announced it would be hearing the case.

“This is the same law they already considered and decided on four years ago,” Kristin Ford, the national communications director of the NARAL Pro-Choice America, tells BAZAAR.com. “If in fact they changed their minds, it’s a really, really troubling sign that Kavanaugh came to the bench to impose an ideological agenda. It really undermines the credibility of the court and the legitimacy of the court as an institution.”

Another complication enters the mix.

In a separate petition arising from June Medical Services LLC v. Russo, the state of Louisiana is also challenging the legal right of abortion providers to sue on behalf of their patients. “There is little evidence that their patients’ interests actually align with Plaintiffs’ position that the burdens of such protections exceed their value,” the state wrote. “On the contrary, undisputed record evidence (including of Plaintiffs’ poor safety record, inadequate credentialing practices, and questionable efforts to undermine the law at issue) shows Plaintiffs are directly adverse to their patients’ interests.”

If the Supreme Court decides to include this request in its ruling, the future of abortion litigation would also be severely altered since abortion providers and clinics have brought forth every major abortion case after Roe v. Wade, ABC reported.

Ford adds that, depending on the Supreme Court’s ruling, “This will particularly hurt low-income women, women of color, trans and nonbinary people, people in rural areas, indigenous communities—everyone who already has a hard time accessing reproductive health care.” 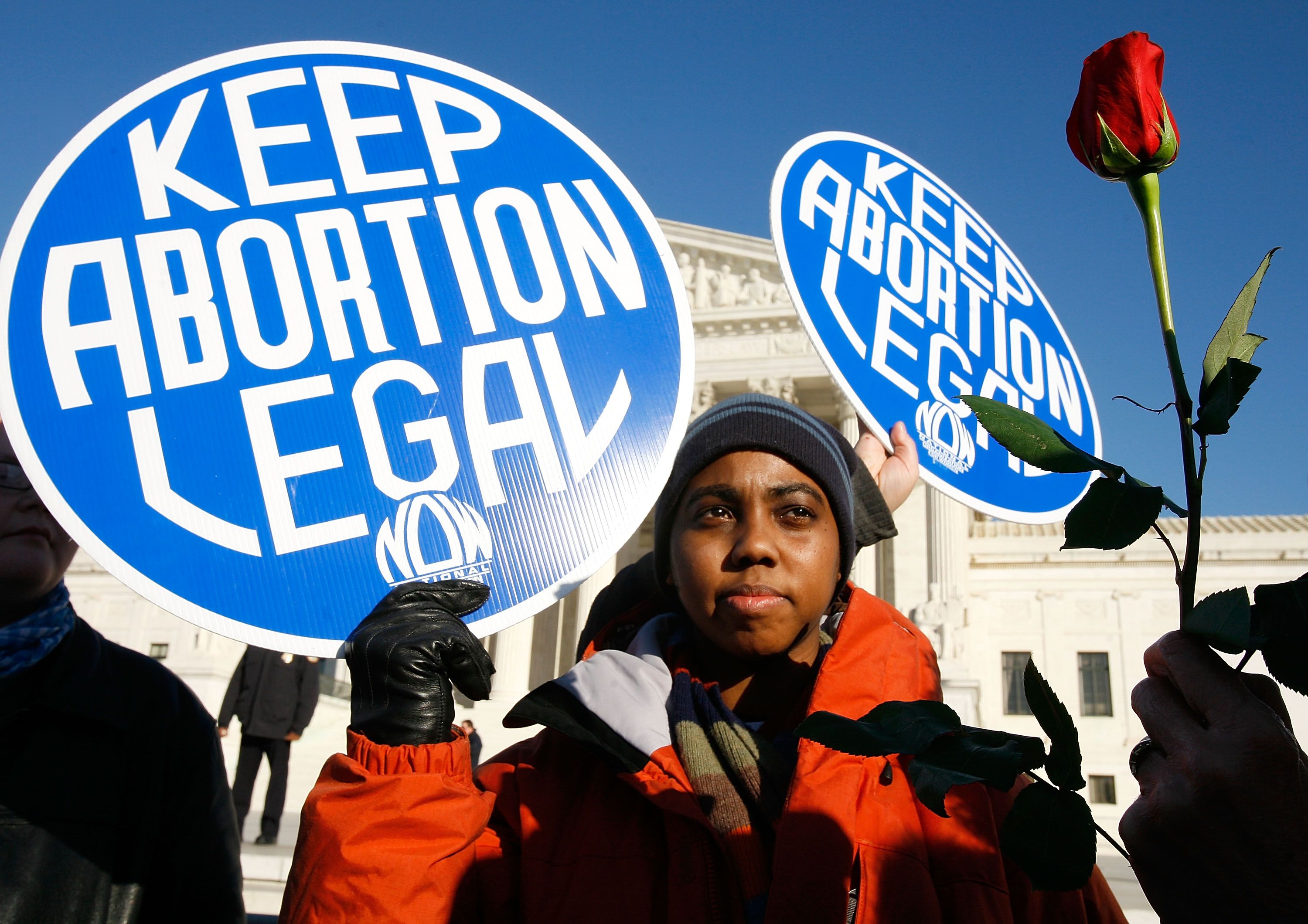 Amid the chaos in court, similarly insidious laws to that of Louisiana and Texas have been increasingly passed throughout the country, as anti-choice legislatures and politicians become more emboldened to chip away at the rights secured in Roe v. Wade. The surge of anti-choice legislation—or what reproductive rights advocates call TRAP (targeted regulation of abortion providers) laws—has been primarily concentrated in the South and Midwest.

Meanwhile, more liberal states have pushed through protective measures in the case that Roe v. Wade falls. New York, for instance, passed the Reproductive Health Act in early 2019, which codifies the rights under Roe v. Wade into state law. Other protective, pro-choice policies include ending insurance coverage bans on abortion and expanding the scope of practice, or allowing qualified medical professionals to offer abortion services.

Although the landscape on reproductive rights may seem grim, advocates like Ford and Hogue encourage people to stay active and vote.