An 18-year veteran police officer, currently with the Houston Police Department stormed the U.S. Capitol and then tried to cover his tracks by deleting photos from inside the rotunda and lying about his conduct, federal authorities said Tuesday.

Tam Dinh Pham, a resident of Richmond, Texas, is charged with knowingly entering or remaining in a restricted building or grounds without lawful authority and violence entry and disorderly conduct on Capitol grounds.

The feds said in an affidavit that Pham at first denied that he went into the Capitol building in a Jan. 12 interview about his activities on Jan. 6. But Pham apparently forgot to clear the images completely off his phone, and the feds spotted them after they asked him to open his deleted images folder. 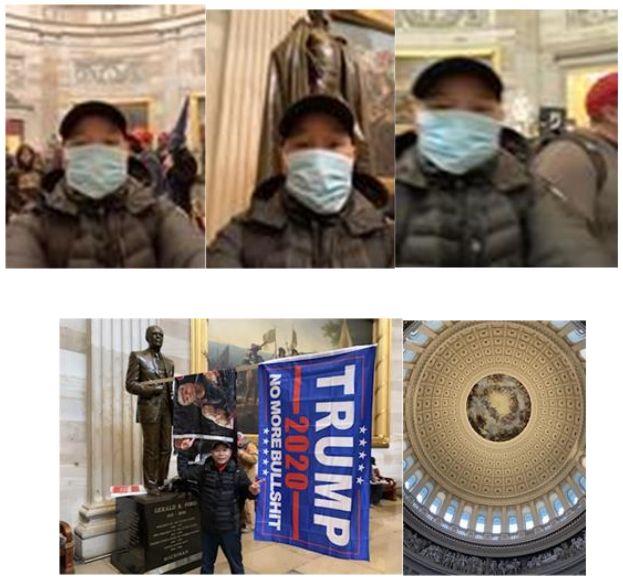 After being advised that making false statements to a federal agent was unlawful, Pham then admitted that he climbed over fences and walked around some barricades to make his way into the U.S. Capitol after he attended President Donald Trump’s speech on Jan. 6. Pham told authorities he was in town because of his wife’s cooking business, and that he only went to the rally to “see history.”

Pham “stated that once he was on the inside of the Capitol, he went into the Rotunda, where he looked at the historical art on the walls and took photographs and videos inside” and “remained inside of the Rotunda for 10-15 minutes before he left, and that he did not return to the Capitol,” FBI Special Agent Amie Stemen wrote in an affidavit.

A number of police officers, including a pair of Virginia cops that took selfies and posted about what they did on social media, were part of the insurrection at the U.S. Capitol. As of last week, The Appeal had tracked  at least 32 officers from 15 different states who were part of Trump’s rally, although it is unclear precisely how many also engaged in illegal activity by breaching the barriers of the Capitol.