The plan, which has the blessing of House Speaker Nancy Pelosi (D-Calif.), marks House Democrats’ first real step toward reactivating the legislative process after weeks of recess during which President Donald Trump has led the country’s response to the COVID-19 pandemic.

As long as the pandemic persists, making travel a health hazard, the proposed rule change would allow members of Congress to empower a fellow member to cast votes on their behalf. The proxy member ― presumably someone with easy access to Washington ― would have to follow the written or verbal instructions of the remote member for every individual vote.

“We should not wait for this pandemic to end to make changes to the rules that help us to do our jobs in such an unprecedented time,” McGovern said in a statement.

While the proposal addresses McGovern and Pelosi’s professed technological concerns about enabling digital voting from afar, the inherent limits it places on the legislative process disappoint some proponents of remote voting. Individual members of Congress would not be able to file motions or otherwise shape legislative debates. The need for remote members to make up their mind relatively far in advance might restrict their leverage over the process as well.

The timeline for the change also remains unclear since it requires either the physical presence of a quorum of House members to approve it by a simple majority or the agreement of both parties to pass it by unanimous consent, which would not require more than a handful of people to be present.

“Considering where they’re at now, which is nowhere, this is at least somewhere,” said Daniel Schuman, policy director for Demand Progress, the group that was most outspoken in favor of erecting a system for remote voting. “But it’s no way to run a Congress.”

Norm Ornstein, a resident scholar at the conservative American Enterprise Institute, participated in a mock digital hearing with Schuman about the plausibility of remote legislating on Thursday. He approved of McGovern’s announcement under the circumstances but said that House leadership could have devised a more comprehensive system for remote lawmaking if it had begun laying the groundwork weeks or months ago.

“For now, where what we are looking for is an immediate fix, I’m pleased they are taking this action,” Ornstein said.

Schuman, Ornstein and their allies prefer creating a system in which members of Congress would be able to cast votes themselves digitally as well as participate in other legislative processes, such as committee hearings via video conference. Almost 70 House Democrats signed a letter calling for remote voting through a similar process in late March, prompting a study from McGovern’s office that cast aspersions on direct remote voting while elevating proxy voting, the solution McGovern eventually settled on, as a more viable solution.

Still, the mere advancement of a leadership-sanctioned plan to effectively allow House members to cast votes without traveling to Washington represents a move away from Pelosi’s apparent dismissiveness of the idea as recently as last week.

“This is a significant change in the position that she’s taking,” Schuman said.

In an interview with The Associated Press that came out last Thursday, Pelosi again cited concerns about members’ disparate aptitude with, and access to, the technology associated with direct remote voting. But she implied that she wasn’t in a rush to implement alternative ideas either. “We aren’t there yet, and we’re not going to be there no matter how many letters somebody sends in,” Pelosi told AP.

Those advocates urging Pelosi to reconsider were motivated by a diverse set of factors.

Members of Congress on the West Coast, particularly younger members more comfortable with technology, simply wanted a say in the legislative process without having to travel to Washington.

Ornstein, a center-right institutionalist, is primarily concerned with Congress’s ability to exercise oversight over a president he considers lawless and corrupt. As if to validate Ornstein’s concerns, Trump threatened on Wednesday to invoke an obscure constitutional provision that he claimed would allow him to temporarily disband Congress to fill federal vacancies himself that normally require congressional approval.

But progressive critics like Schuman and Matt Stoller, a former congressional aide who runs the research program at the anti-monopoly American Economic Liberties Project, worry that the absence of a remote process already undermined the influence of populist lawmakers in both parties over the $2 trillion stimulus bill that the House passed unanimously in late March. 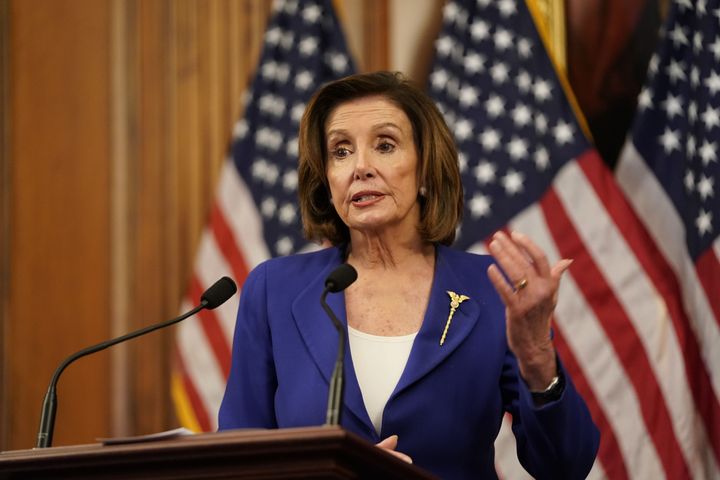 But Schumer and Pelosi negotiated the bill’s contours after the House, the only chamber Democrats control, had adjourned, sending members out of Washington and home to their districts. With the pandemic escalating and without a system of remote voting in place, Democrats could not credibly threaten to pass their own bill and drag the final product in a less corporate-friendly direction.

The legislation ended up showering a host of goodies on the rich and well-connected, even as it imposed hidden conditions on the aid it promised to ordinary families.

One-quarter of the bill’s price tag came in the form of a $500 billion corporate bailout fund that Treasury Secretary Steve Mnuchin, a former hedge fund manager, would have broad authority to distribute to massive companies. Those firms could then leverage that money for trillions of dollars more in credit from the Federal Reserve.

Democrats were able to ensure that Trump would have to appoint an inspector general to monitor the distribution of the funds.

Last week, though, Trump signaled that he was prepared to limit any such figure’s independence. He fired Glenn Fine, the acting inspector general of the Pentagon and a veteran of both Democratic and Republican administrations, who was due to assume the role of inspector general for the corporate bailout fund. Lawmakers from both parties condemned Fine’s firing, but they were powerless to stop it.