On an episode of Homes Under the Hammer, Martel Maxwell was in Cockermouth in Cumbria viewing a three-bedroom mid-terrace property. The home was located on a busy main road but looked both charming and idyllic. On entering the property, Martel said it was clear the property was “solidly built” and just needed to be “stripped back”.

The living room had thread-bare carpets and tired walls that needed a new lick of paint and replastering.

The home had beautiful sash windows with secondary glazing on the inside to block out the road noise.

The home had good proportions but was crying out for some TLC.

Two of the bedrooms were a good size while the third was a bit on the small side.

The bathroom was functional but also incredibly small. 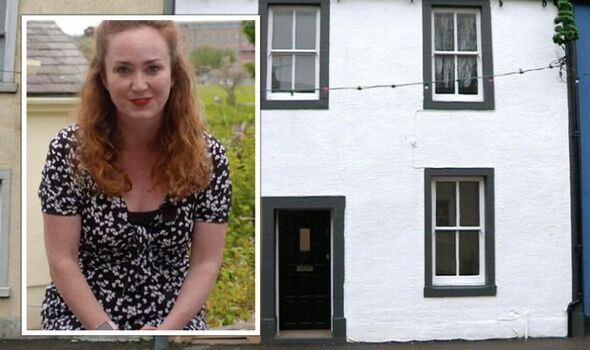 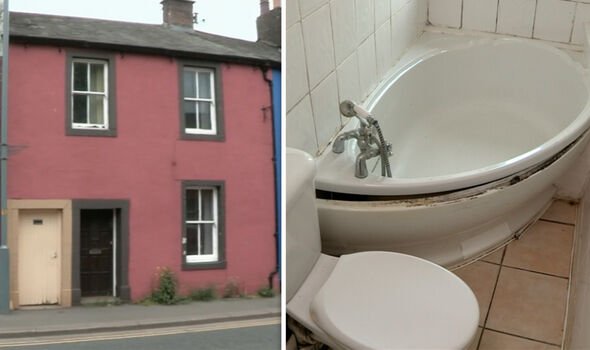 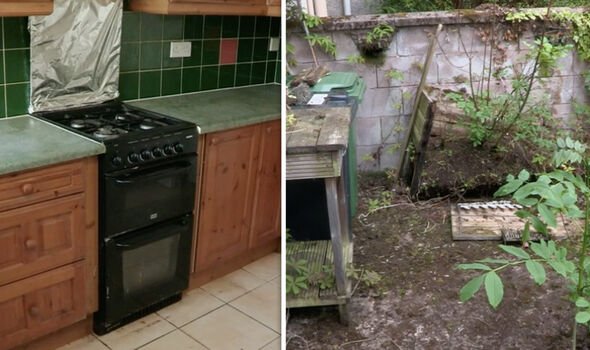 The best aspect of the property was the courtyard garden which had views of a river.

The property had a guide price of just £75,000 in April 2021 and was bought by husband and wife team Clare and Richard.

Clare, who is a part-time primary school teacher, saw the property for sale on her drive home from work.

The couple live just down the road from the property so know the local area.

The property was the third one the couple had bought at auction.

Clare and Richard, who is a chocolate shop owner, planned to give the home a full re-decoration and install a new kitchen and bathroom.

However, they would not be completing the work themselves but would instead be using a team they had worked with before on previous projects.

The couple had a budget of £20,000 and planned to complete the project in three to four months.

Five months later, the Homes Under the Hammer team returned to see the couple’s progress.

The exterior of the property had been painted white and grey to give it a clean finish.

A new slate grey kitchen had been installed and a new white bathroom suite added with marble tiles. 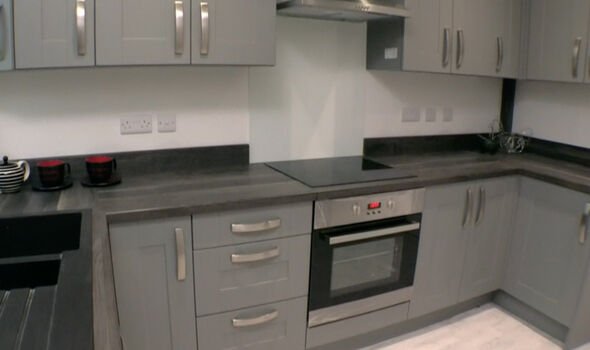 The kitchen was definitely the star of the show and included a fashionable black sink and taps, a stainless steel extractor fan, an electric hob and new oven.

All of the rooms had been neutrally decorated and new grey carpets put down.

The garden was cleared to create an entertaining space.

The home was given a “new lease of life”.

Clare and Richard also made the third bedroom bigger and the bathroom a bit smaller.

The renovation took the couple just under four months but they ended up spending £5,000 more than they intended to. 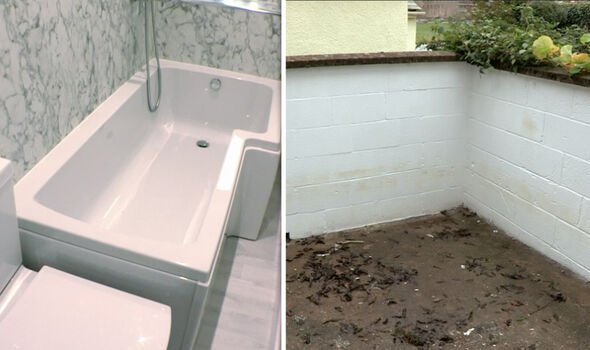 Clare and Richard planned to sell the property on and then buy another one to renovate.

The local estate agent said the couple could rent out the property for an impressive £675 per calendar month.

Homes Under the Hammer is available to stream on BBC iPlayer.