Homes Under the Hammer: Property transformation in Staffordshire

Visiting an end-of-terrace property in Staffordshire on Homes Under the Hammer, Dion Dublin said: “The home I’m here to see is at the top of a very steep incline and at the bottom of a very steep decline.” It had three bedrooms at a guide price of just £55,000. Taking foot inside the home, viewers got to see the state of it. Dion said: “You’ve got a nice solid floor, walls are nice and solid….there’s corbels, original feature as well, so I’d want to definitely keep these.

“You come off the hallway into this first reception room. You’ve got an old real fire there as well and when you look out the window, you’ve got some really nice views.”

At the rear of the property was the second reception room which was bigger in size but needed updating. Off from that room was the kitchen which had bright blue walls and old fashioned cabinets.

Dion said: “Then we’ve got the bathroom right at the end of the property. There’s possibly a better way that you could configure that but the space is there.

“From what I’ve seen so far, it’s well built, it’s got loads of space and if you’ve got a bit of imagination, this downstairs could be very smart.” 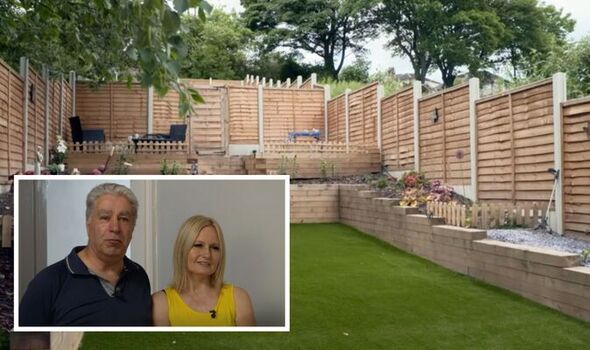 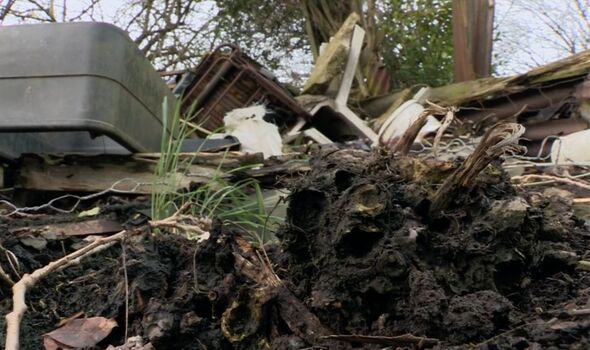 Upstairs there were high ceilings with three large bedrooms and a small room off those which Dion said was the “smallest” he’s ever been in.

Heading outside, viewers could see just how large the garden was. The outdoors also featured a large patio area and a couple of outbuildings.

The presenter said: “Wow. It’s absolutely massive this garden…and there’s another problem to take on – one that spreads its roots underground, playing havoc with building foundations.

“So, this is Japanese knotweed. This is a piece that grows underground, the root. It can go into the ground a very long way as well.

“It’s something you don’t want to be dealing with. The programme to get rid of it can take up to five years. So, if you are going to buy a property and there’s Japanese knotweed anywhere in the vicinity, get it sorted as soon as possible.”

Japanese knotweed present on a property can mean it is hard to get a mortgage.

Dion met the couple back at the home to find out their plans. The couple were going to strip the house bare of its wallpaper and begin working on a new bathroom and kitchen. 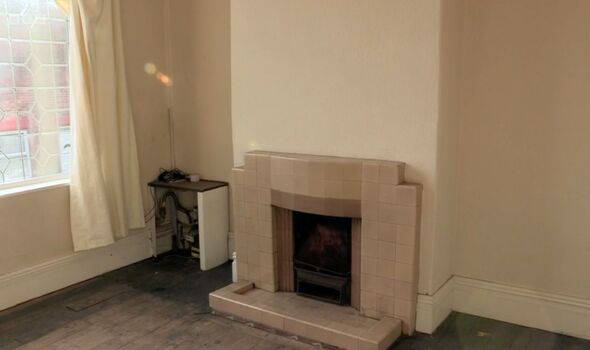 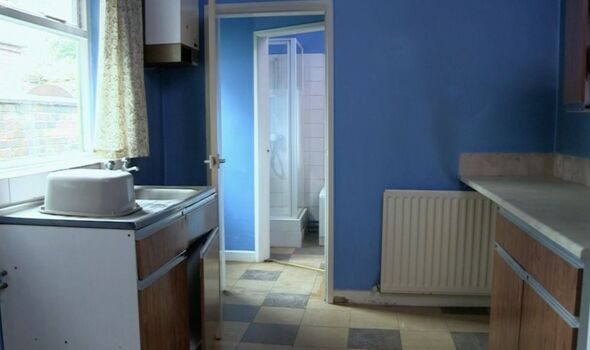 They also had big plans for the garden but with a budget of up to £15,000, Martin and Gail would be doing most of the work themselves to cut down on costs.

Another saving is that the Japanese knotweed has already been treated and they just have to wait three years for certification.

Homes Under the Hammer revisited the home two years later to see the work completely finished.

Dion said: “Well Martin and Gail have certainly turned this place around. So much so, they’ve made it their home for now. There’s been a thorough renovation here – new gas central heating, new double glazing, replastering and redecoration throughout. There has been a handy alteration upstairs.” 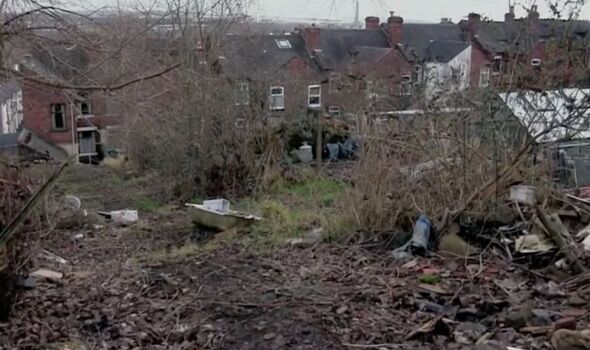 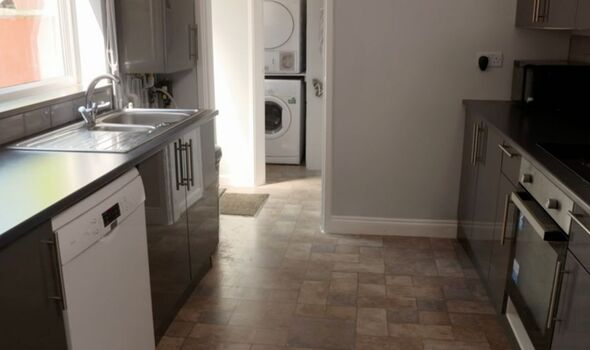 In the small room, the couple had managed to turn it into a shower room. Gail said: “It’s absolutely fab. No having to go downstairs late at night, so it’s great.”

In the end, the couple spent £27,000 due to the garden taking a hefty part of their budget.

A local estate agent visited the home to see how much value Martin and Gail have added to the property.

The expert said: “I think it’s been finished to a very, very high standard all the way through, even just down to the fixtures and fittings, some of the smaller details, the attention to detail there has been very, very strong.