Homes Under The Hammer: West Yorkshire church is renovated

Homes Under the Hammer presenter Martin Roberts showed viewers around an abandoned property in Faversham, Kent, in a recent episode of the show. On his first visit to the property, Martin remarked that it had “the curb appeal of the municipal recycling centre”, adding that it was in a very poor and unlivable state. While the relatively newly built semi-detached property had many off-putting features, buyers John and Stefan took on the difficult project and successfully turned it into a desirable family home.

The house in question was located in a residential development on the edge of the historic town.

While the property itself was not very old, the building was incredibly run down and had been visibly damaged by intruders.

For a guide price of £140,000, the Kent home boasted a boarded-up front door that had graffiti on it and several blocked-up windows at the front of the house.

Around the back and side of the house, a generous garden space was hidden amongst overgrown foliage and rubbish spread across the tall grass. 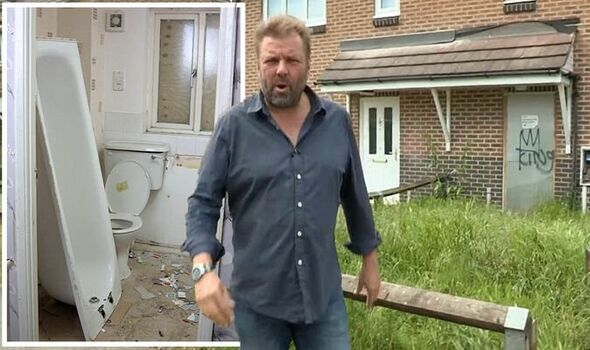 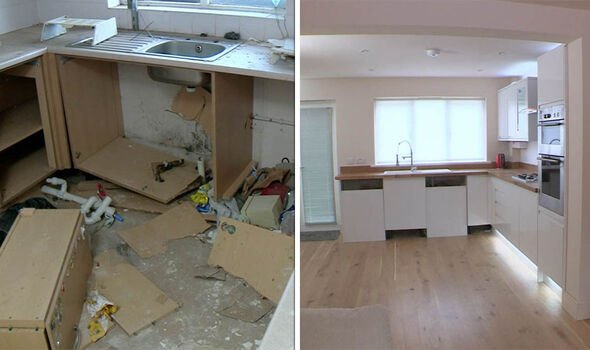 The back door was completely open, with only a pierced metal fitting to cover the windows looking into the garden.

Martin pointed out that the ceiling had been taken down and someone had taken the pipework – an expensive job for the new owners to fix.

He said: “Thieves taking wiring and copper causes damaged well out of proportion to their ill-gotten gains.”

While the space had good potential for buyers willing to “see through the mess”, the house, which had no electricity, needed a significant amount of work to restore it to its former glory.

The property was purchased by Brighton-based buyer, John, who made the highest bid of £156,000 at auction.

Alongside his nephew and co-owner of the home, Stefan, the pair planned to transform the derelict home into a larger, three-bed property.

With 25 years of experience in property development, John was “unfazed” by the level of work and large budget needed to restore each room to a liveable state.

Eight months later, Homes Under the Hammer revisited the property which looked much more welcoming from the outside.

A modern front door and clean rendering had replaced the damaged exterior, which was previously damaged and open-invite for chance thieves to take advantage of the empty house.

Inside, “big changes” were made to every room, with neutral decor throughout the now very modern-looking home.

Downstairs, John and Stefan had reconfigured the layout by opening up the kitchen and front living area to create an open-plan family room. 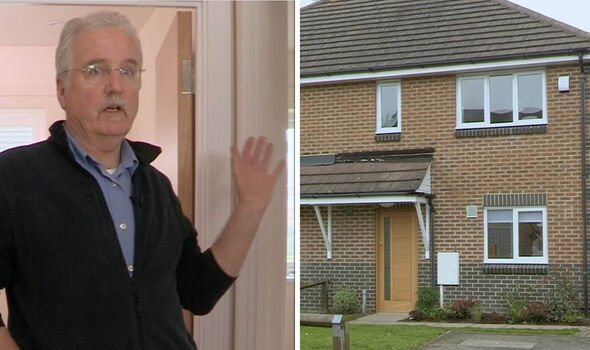 Upstairs, the bathroom had been completely transformed into a sleek suite with grey-tiled walls and wooden flooring.

In the bedrooms, all the stud walls had been ripped out and replaced to create a third room to add more value to the compact semi-detached home.

Perhaps the most remarkable transformation of all was in the garden. The severely overgrown mess of foliage and trees had been replaced with a neatly landscaped space featuring a modern patio space and a raised lawn surrounded by a busy border of new plants.

In total, the high-quality renovation cost the DIY duo close to their maximum budget of £40,000. 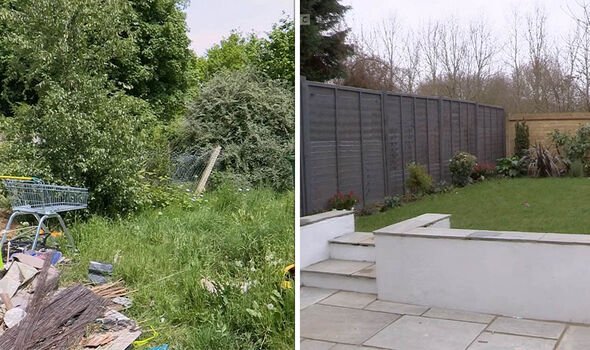 In February 2018, two local estate agents visited the house in Faversham to re-value it.

After taxes and fees, this would be a little less, though still a good profit for the amount of work done on the property.