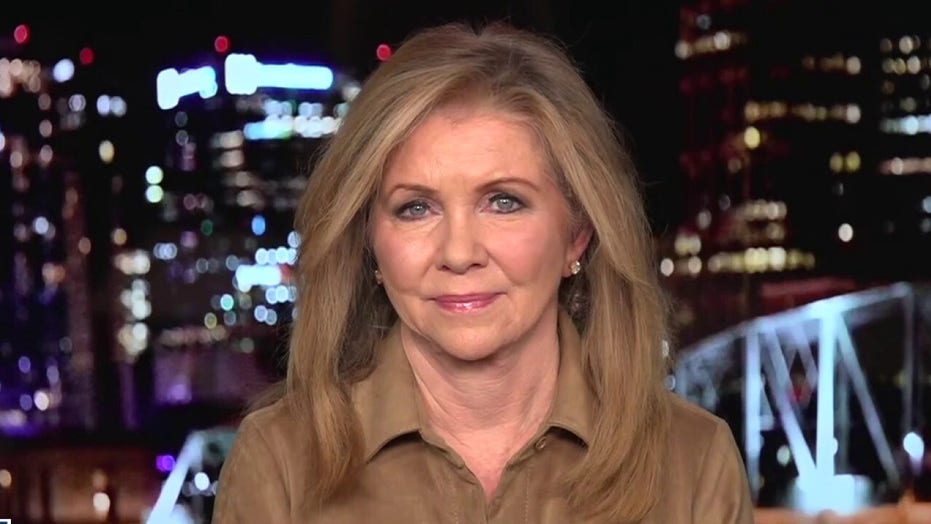 Tennessee Sen. Marsha Blackburn reacts to a Durham probe filing alleging that Hillary Clinton’s camp paid to "infiltrate" servers at Trump Tower and the White House on ‘The Next Revolution.’

The stunning revelation that lawyers for the Hillary Clinton campaign paid a computer technology company to surveil a sitting president, Donald Trump, shows that more than half a dozen crimes may have been committed to advance the false accusation that he colluded with Russia.

Some background is in order.  After a 22-month probe, Special Counsel Robert Mueller found no evidence of a criminal collusion conspiracy because none ever existed.  U.S. Attorney John Durham was then tasked to investigate how the odious lie arose and whether crimes were perpetrated to accomplish it.

Later elevated to special counsel status, Durham has indicted three people so far as he continues to doggedly pursue his investigation of wrongdoing by others.

In a recent federal court filing, he disclosed that Clinton campaign lawyers hired a tech company to “infiltrate” computer servers housed in Trump Tower, and later, the White House.

As first reported by Fox News, the goal was to generate an “inference” or “narrative” that Trump was colluding with Russia and then feed the phony information to the FBI to trigger an investigation of him. 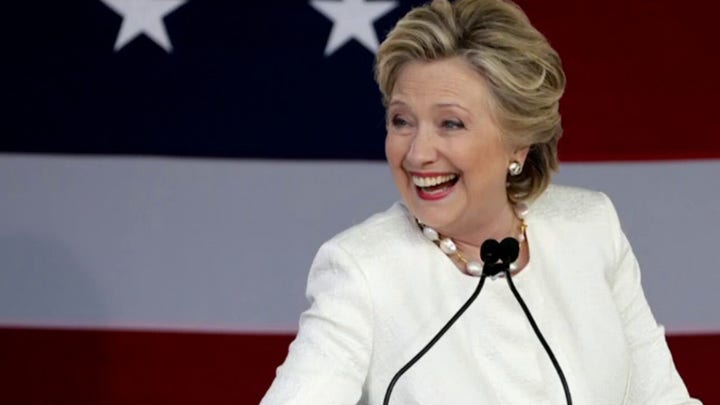 The methods behind the brazen smear were remarkably devious. The tech outfit exploited its access to non-public and proprietary internet data on servers at Trump Tower and the White House, according to Durham.

It was equivalent of breaking into a computer except the technicians had special access since the company was performing what’s called “resolution services” on those highly sensitive accounts. 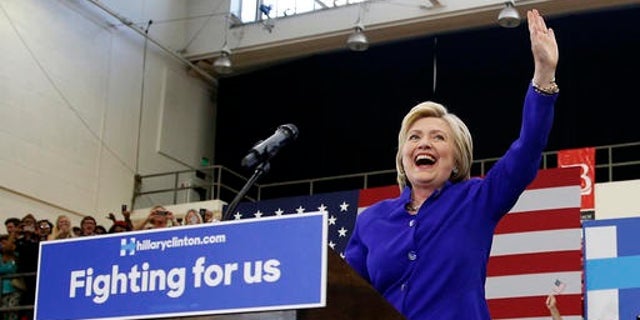 The cyber sleuths then covertly penetrated the servers without authorization. Once inside, they commandeered innocuous information and peddled it as nefarious back-channel communications between Trump and a Kremlin-linked financial institution called Alfa Bank.

It was insinuated that Trump and his associates were secretly communicating with Russia.

Naturally, the media was tipped off and went full-throttle with wild claims that Trump was a Russian asset. 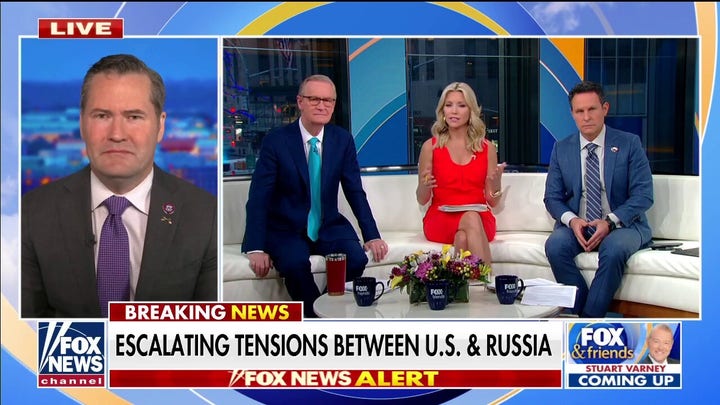 In reality, much of the tech company’s pilfered information turned out to be routine Internet traffic such as computer-generated and automated advertising that came from a mass marketing email company that located its server in Trump Tower.

Shockingly, the surreptitious intrusions continued when the new president moved into the White House.  But no evidence of Russian collusion was discovered because it was, after all, a cunning hoax conjured up by Hillary and her acolytes.

Hillary had others do her dirty work for her and maintained a distance separated through an elaborate chain of people. It was akin to a money laundering scheme, except dirty information was being washed.

This brings us to the present.  Clinton campaign lawyer Michael Sussman has been criminally charged with lying to the FBI about the Alfa Bank fiction.

In a court filing last Friday, Durham offered the appalling new details of how Trump was the victim of an insidious secret surveillance operation at the hands of his political opponent in the 2016 presidential election.  More indictments could be forthcoming for a variety of felonious conduct. 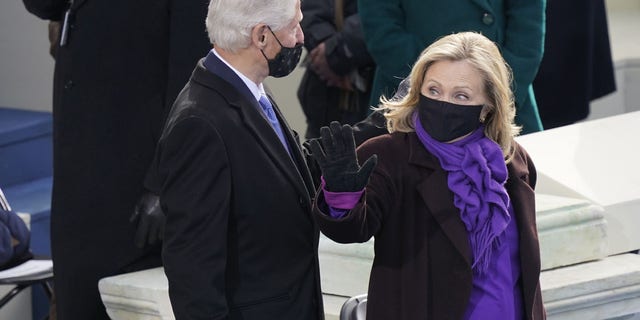 It is a crime to provide a law enforcement agency such as the FBI with knowingly false information.  Specific charges might include the making of false statements, as well as fraud.  If two or more people were involved, it would constitute a conspiracy to defraud the government under 18 USC 371.  Depending on how the fabricated information was communicated, charges of wire fraud and mail fraud could be added. 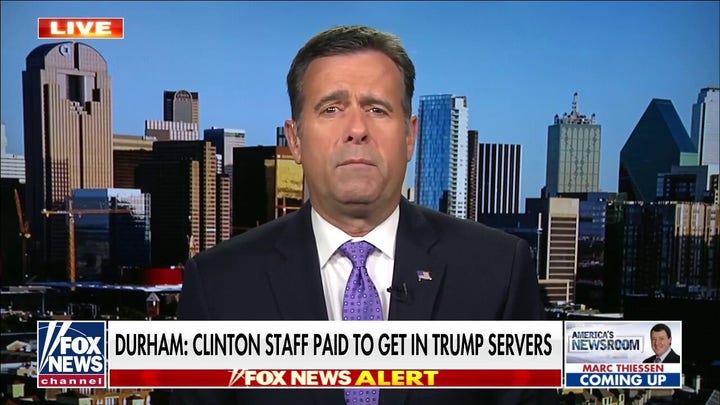 The activity described by Durham also bears close resemblance to the crime of computer fraud and abuse under 18 USC 1030.  Then there are the racketeering statutes to be considered. The Clinton secret surveillance ring sounds very much like a criminal enterprise engaged in an illegal scheme involving fraud and obstruction of justice.

As with any well organized criminal exercise, it is exceedingly difficult to nab the person at the top. Hillary Clinton is no different.  She carried out her machinations in smart and clever ways. She had others do her dirty work for her and maintained a distance separated through an elaborate chain of people. It was akin to a money laundering scheme, except dirty information was being washed.

Unless people in the chain break their silence and implicate Hillary, she will likely escape culpability. 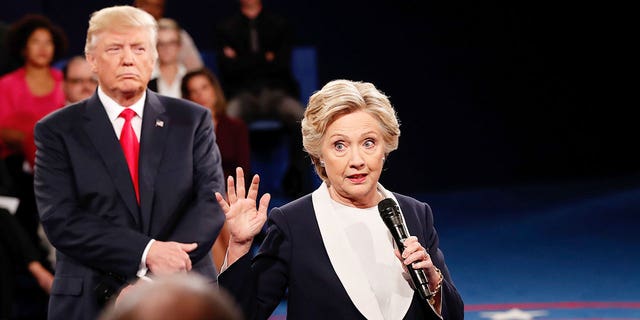 Evidence of her role has slowly emerged from declassified records. It was July 26, 2016, when Clinton personally approved the plot to vilify Trump with the bogus collusion claims, according to CIA documents.  The genesis of the smear came from Hillary herself as a strategy to distract from her own email scandal.

Two days later, President Obama was alerted but appears to have done nothing except keep the matter concealed. Intelligence officials then sent an investigative referral on Clinton to then-FBI Director James Comey and his deputy, Peter Strzok. Predictably, it was buried.

Make no mistake –it was Clinton who invented the elaborate collusion hoax, financed it, and directed the process by which it was circulated to the media and the FBI.  Her false claims were then disseminated by a cadre of cronies and dirty-tricksters working secretly in the shadows.

As I explained in my book, “Witch Hunt,” Hillary was the architect and master designer of the greatest mass delusion in American political history.

Unraveling her web of deceit is John Durham’s immense challenge.