Sustainable clothes maker Patagonia will axe all order discounts for its Australian wholesale partners unless they take steps to reduce their carbon footprint in a move aimed to encourage other retailers to take further action against climate change.

The US-based company – which boasts revenues upwards of $1 billion and sells a range of upmarket outdoors apparel – announced last week it would begin rolling out the new policy. The retailer sells clothes locally through a handful of company-owned stores and outlets, but also sells a significant amount through wholesale partners such as The Iconic, MacPac, and General Pants. 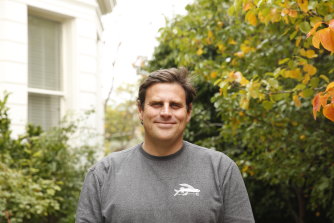 General manager of Patagonia Australia, Dane O’Shanassy, is hoping the initiative might spur action in the company’s wholesale partners.

Such wholesalers often receive discounts – sometimes as high as 50 per cent – when buying products directly from the manufacturer, however, Patagonia’s local managing director, Dane O’Shanassy, said all existing discounts for wholesale partners would be phased out in the next 12 to 18 months if they don’t take steps to reduce their carbon footprint.

“We’ve said to some of our accounts ‘we intend to wind these discounts down over the next one or two years if you don’t step up’,” he told The Age and The Sydney Morning Herald.

Discounts will now only be offered to wholesalers who take steps to reduce the carbon footprint of their operations, or who make donations to grass-roots environmental groups. Bigger discounts will be on the table for any company that achieves carbon neutrality, becomes a registered B Corp, or signs on for the 1 Per Cent for the Planet Pledge.

“For most businesses, discounts are just what you offer your customers to keep the big orders rolling in, but that kind goes against our ‘don’t buy it if you don’t need it’ mantra,” Mr O’Shanassy said.

“We wanted to really challenge this idea of volume for profit. We think that flies in the face of being a responsible business.”

The move is a rare example of a business taking climate action relating to ‘scope three’ emissions, which focus on the sustainability and carbon emissions of entities that the business deals with but does not control, such as wholesalers and suppliers.

Mr O’Shanassy said scope three emissions were “enormous” at Patagonia and were one of the main reasons the company was not yet carbon neutral, but he’s hopeful initiatives like this will not only make an impact on his business, but could change the perspective of others too.

“It’s going to take a village for us to make a change. And I think hopefully this program will inspire not just our dealers but maybe some other brands to take a look at how they’re trading,” he said. 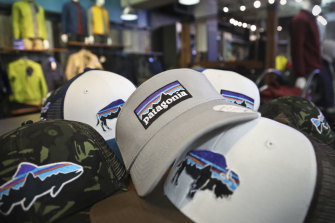 Patagonia is among companies certified as a B Corporation. Credit:AP

“This is the sort of thing that can start small but get big really quickly.”

Mr O’Shanassy said preliminary talks with the company’s wholesalers had been positive, however, he acknowledged some may be “taking stock” following the announcement and assessing what it might mean for their wholesale arrangement.