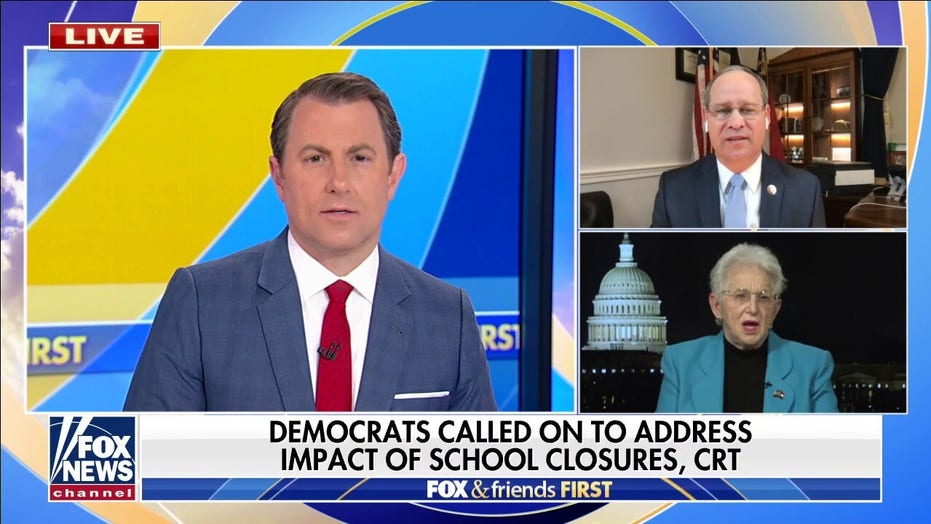 Rep. Murphy and Rep. Virginia Foxx, R-N.C., appeared on “Fox & Friends First” on Wednesday to discuss the report and how it impacts Garland’s recent testimony as parents across the nation push for more influence in the classroom.

“This brings that really to a point that Attorney General Garland basically perjured himself in front of Congress and should really face the consequences before this,” Murphy said. “The mama bears woke up and saw what was being done to their children, and that is not wrong for them to speak out.”

According to the email, the threat tag “EDUOFFICIALS” was reportedly created to track these, despite Garland testifiying he could not “imagine any circumstance” where parents were being treated or labeled as “domestic terrorists.”

“I think it is vital that Attorney General Garland come back and answer more questions,” Foxx said. “He did not say it didn’t happen. He said, I cannot imagine it happening. So there are many, many ways not to answer a question and not tell the truth.”

The email, dating back to Oct. 20, was sent just weeks after Garland issued a controversial memo directing the Justice Department to probe alleged threats involving school boards across the nation.

“There are been some silver linings in the pandemic, and one of them is that what was being taught to their children was actually brought home right in their face on the folks’ computer screens, and they could see this,” Murphy said.

He continued, “They have a right to say what’s going on in their education. And I don’t think they’re going to relinquish that right.”