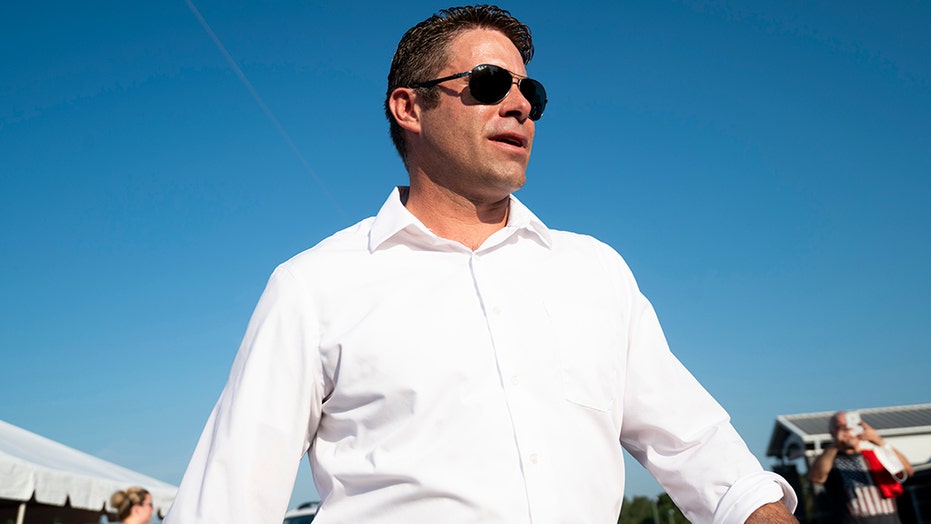 Virginia House Delegate Nick Freitas was criticized over a face mask his campaign is selling that features a controversial reference.

Freitas, a Republican who is running against first-term Rep. Abigail Spanberger (D) for a rural Virginia district, is now selling red face masks with “Covid-19: Made in China” written on the front.

The masks are on sale on Freitas’ campaign website, $15 for three. One says “Don’t sneeze on me,” after the “Don’t tread on me” libertarian Gadsden flag. Another features the phrase “come and take it” after the Texas battle cry with a picture of a hand sanitizer bottle.

Fellow Republican Virginia Del. Mark Cole made a photo of himself donning the mask his Twitter profile picture.

Sookyung Oh, Virginia director of the National Korean American Service & Education Consortium (NAKASEC) Action Fund, told the Washington Post she and other Asian-American community leaders were “shocked” to find the masks for sale as campaign merchandise.

“He’s literally financing his campaign with a tactic that has been shown to exacerbate anti-Asian racism,” Oh said of Freitas.

The NAKASEC Action Fund wrote an open letter calling on Freitas’ campaign to stop selling the masks, saying the anti-China political rhetoric puts Asian Americans at risk of discrimination. A number of Asian American community leaders and lawmakers signed on to the letter.

Cole claims it was “silly” to suggest the “made in China” joke could encourage Asian American discrimination. He said the mask is “basically just stating a fact — the virus originated in China.”

“I think there’s nothing wrong with it, and I think it’s a good way to encourage people to wear masks,” Cole said.

The virus did originate in China, but public health experts worldwide have emphasized that it was not "made" in the Asian country.

According to one study, there has been a surge of hate crimes against Asian Americans during the COVID-19 pandemic. “The U.S. has seen a recurring history of socially entrenched racism towards Asian Americans with spikes occurring during historical times of crisis, including during the coronavirus pandemic,” the study's authors say.