GOOGLE has added a handy new tool to its Maps app that shows you how prevalent Covid-19 infections are in your area.

Announced in a blog post on Wednesday, the global update is designed to help people navigate safely during the coronavirus pandemic. 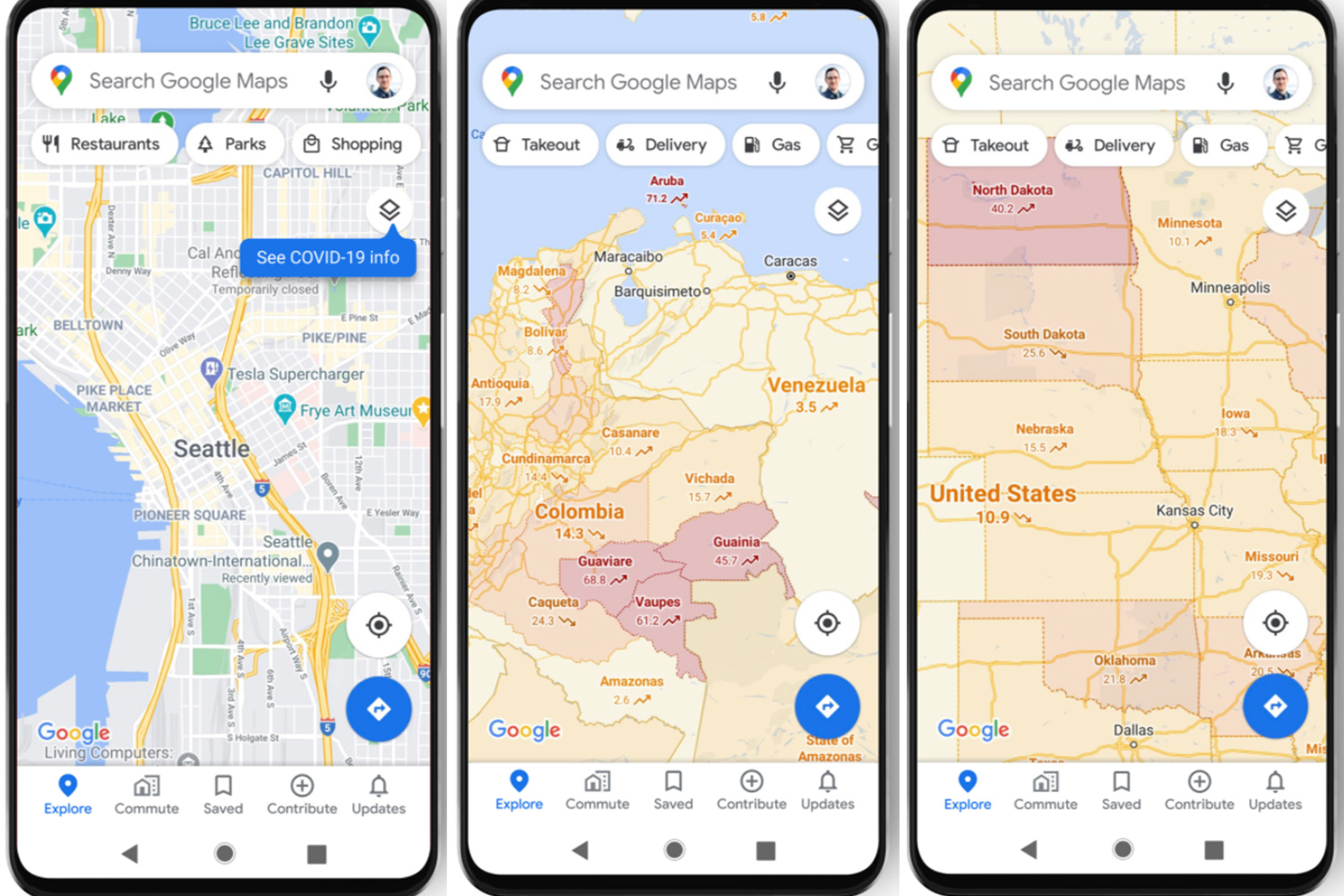 Once activated, Maps will show users a seven-day average of new Covid cases per 100,000 people for the area of the map you’re looking at.

A label will appear indicating whether the number of cases in that area is growing or shrinking.

Google said the feature covers all 220 countries and starts rolling out worldwide on Android and iOS this week.

The US firm added that the tool aids users in making "more informed decisions about where to go and what to do." 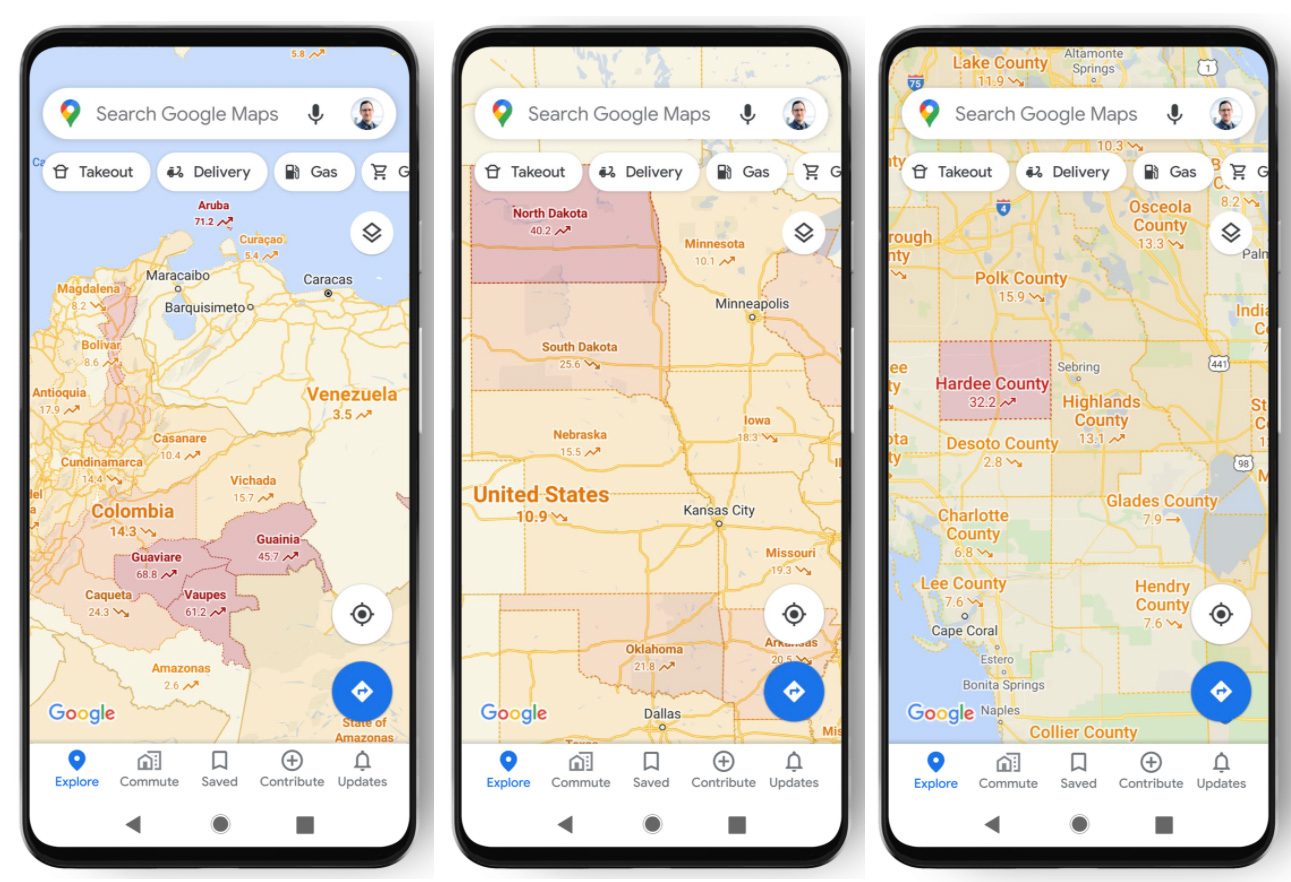 Google's new tracker is actually a "layer" that is placed over your regular map. You can turn it on or off as you please.

To try it out, open the Google Maps app and tap the layers button on the top right hand corner of your screen. Hit "COVID-19 info".

The layer is colour coded depending on the severity of infection rates in the area on your screen.

Red means a higher number of cases per 100,000 people, while yellow and white indicate fewer infections. 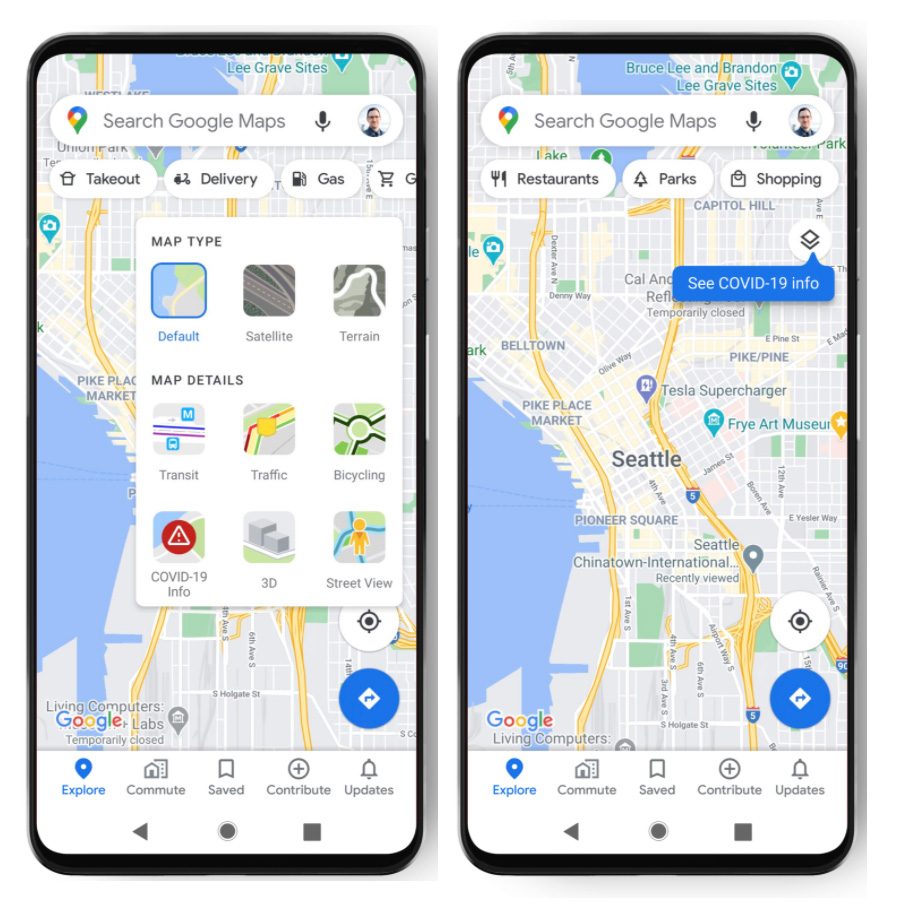 As well as data by country, Google has included state or province, county, and city-level data where available.

Google says the data driving the layer is drawn from "multiple authoritative sources", including John Hopkins University and Wikipedia.

These sources get data from public health groups like the World Health Organisation and government health ministries.

"While getting around is more complicated these days, our hope is that these Google Maps features will help you get where you need to be as safely and efficiently as possible," Google said.

To use Google Maps' new Covid tool, first make sure you've got the most up to date version of the app.

On iOS, you can do this by heading to the app store and tapping on your account icon on the top right of your screen.

Scroll down to your apps and, if its available, the Google Maps update will be there. Tap "update".

On Android, you can update Maps by heading to the Google Play Store > My apps & games > Update.

The download is still rolling out, so don't panic if you can't find it – it'll likely make its way to your phone in the coming days.

Google's new Covid-tracking tool comes as the UK finally launched its track and app on Thursday.

The software was trialled on the Isle of Wight earlier this year and uses tech provided by Apple and Google.

The app works by using Bluetooth to alert people if they have been near an infected individual and tell them to self-isolate.

In other news, Google Maps can now show the exact locations of traffic lights.

Facebook is testing a new feature that would effectively merge WhatsApp with Facebook Messenger, according to reports.

WhatsApp has rolled out an update with loads of new features – including animated stickers.

What do you think of the Maps update? Let us know in the comments!