Home » World News » Furlough UK: Will furlough be extended past October as UK dips into recession?

Recessions happen when economies experience significant declines for several months or even years. Recessions can hugely impact individuals, families and businesses leaving thousands on the breadline. Unemployment is expected to soar as a result of the struggling economy, so will the Government opt to extend the furlough scheme to help Britons?

What does a recession mean?

Economists and experts disagree about when exactly how a recession is defined.

However, in the UK it is declared when the UK economy experiences two successive quarters of what is known as “negative growth”.

Essentially this means there will be a fall in national output and income leading to a surge in unemployment and an increase in Government borrowing.

On August 12, the Office for National Statistics confirmed the UK has dipped into the “largest recession on record” according to official figures. 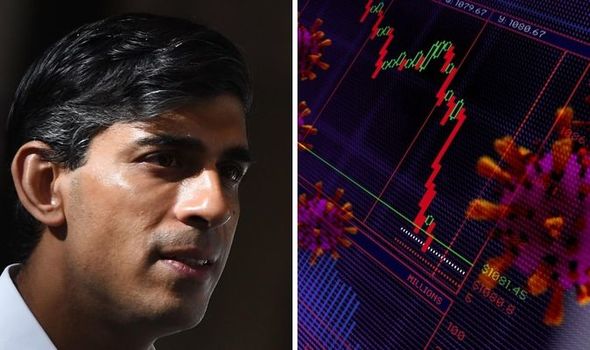 The UK economy shrunk by 20.4 percent between April and June, pushing the country into the deepest recession of any major global economy.

This crash in GDP in this quarter is the worst since quarterly records began in 1955 and follows a 2.2 percent decline in the first quarter.

In a statement the Chancellor of the Exchequer Rishi Sunak said the recession would mean “difficult choices” have to be made in the future.

He added: “Today’s figures confirm that hard times are here.

“Hundreds of thousands of people have already lost their jobs, and sadly in the coming months many more will.

“But while there are difficult choices to be made ahead, we will get through this, and I can assure people that nobody will be left.” 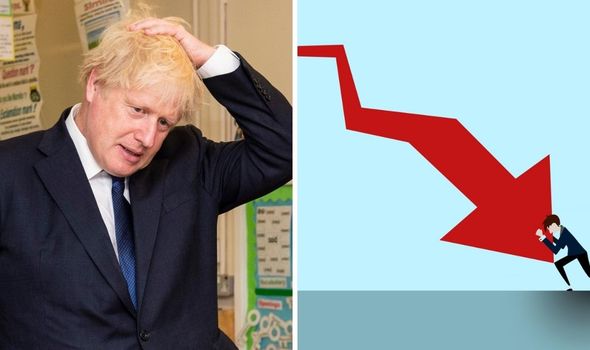 Will furlough be extended past October?

The Coronavirus Job Retention Scheme has provided support for 9.6 million jobs during the coronavirus pandemic and lockdown.

The scheme was introduced in April and could be backdated to March and is due to end on October 31.

Industry experts from various sectors have previously called for the Government to extend the scheme beyond October and have repeated these calls today as the recession was announced.

Some groups have predicted UK unemployment could hit 10 percent by the end of the year.

However, last week, the Bank of England forecast that unemployment would peak at 7.5 percent towards the end of 2020, warning it would take years to return to pre-crisis levels.

The Bank said people who stood to lose their jobs in hard-hit sectors lacked the skills needed to find work in those industries likely to start hiring first.

DON’T MISS
Furlough scheme end date: When will the furlough scheme end? [INSIGHT]
Coronavirus alert: Over 50s warning as 350,000 may never return to work [EXPLAINER]
Furlough vs layoff: What is the difference? [ANALYSIS]

The Chancellor has said the economic slump will lead to more job losses in the coming months.

Official jobs figures released on Tuesday showed the number of people in work fell by 220,000 between April and June.

But Mr Sunak has said he has no intention of changing his plans as regards the end of the furlough scheme at the end of October.

Mr Sunak told the BBC: “I think most people would agree that that’s not something that is sustainable indefinitely.”

The Chancellor added the Government should not pretend that “absolutely everybody can and will be able to go back to the job they had” and said there would be support for creating jobs in new areas. 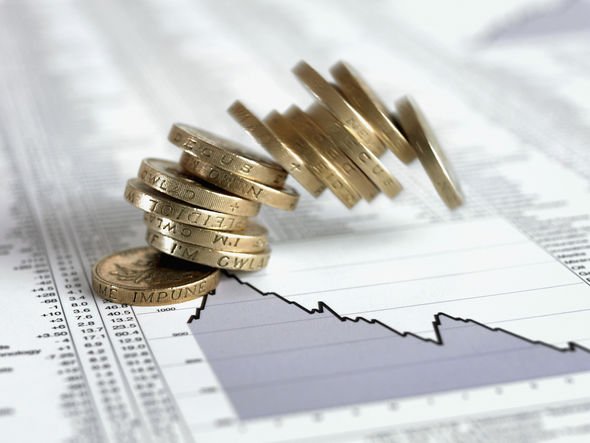 What does being in a recession mean?

A recession can be an extremely tough period with many struggling with financial hardships.

Most economists suspect that whatever happens, unemployment will rise even more sharply than after the financial crisis in 2008, making this the biggest jobs crisis since the 1980s.

In the end, the unemployment figures may prove more significant and meaningful than a double-digit fall in GDP.

The property market will likely see house prices drop which is attractive for buyers, but mortgage lenders may be less willing to lend or will increase the hurdles for buyers.

Some property experts claim a recession is a good time to invest in property, but people may choose not to sell their homes at such an uncertain time so the inventory is lower.