Shopping centre giant Vicinity says it expedited the retirement of its former chief executive after he was investigated for sexual harassment and an internal review revealed a dysfunctional workplace.

In late October, Vicinity’s board announced its CEO Grant Kelley was retiring as chief executive midway through next year, but in a surprise release on November 15, it said Kelley would leave the next day immediately after the retail mall giant’s annual general meeting.

The former chief corporate affairs officer and industry veteran Marie Festa raised a sexual harassment complaint against Kelley earlier this year. Festa joined Vicinity in July 2021 and has held many senior investor relations positions in the industry including at Mirvac and Afterpay. 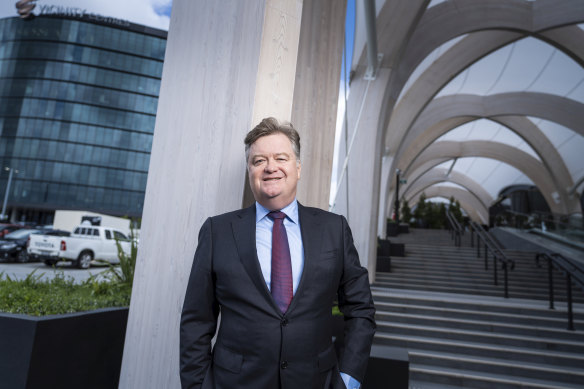 According to the Australian Financial Review, Festa made multiple allegations against Kelley, including that he made intrusive comments about the woman’s attractiveness and boasted to her about his sexual conquests.

Vicinity also conducted an internal review focussing on the senior executive team that revealed “dysfunction and discord” stemming from Kelley’s behaviour, according to the report.

Contacted by the Herald and The Age , Festa confirmed the contents of the story but said she was now “restricted” in what she can say.

Vicinity, which has a market value of $8 billion, manages $24 billion in property assets including stakes in the Chadstone shopping mall in Melbourne and the Queen Victoria Building in Sydney.

In a statement, the company said it brought Mr Kelley’s retirement forward after some of the allegations raised were proven and it received the results of the internal review. “We take allegations of misconduct very seriously and follow a strict protocol to address concerns as and when they are raised,” it said.

“In this instance, an independent external investigation was conducted which found four allegations to be proven and Vicinity took advice on the appropriate sanctions against Mr Kelley. In addition, both the proven allegations, together with the subsequent findings of an internal 360-degree review, prompted Vicinity’s Board and Mr Kelley to agree that Mr Kelley’s retirement be brought forward.

In his own statement, Kelley denied the misconduct allegations and also said his retirement was not brought forward.

“The suggestion by Vicinity that I agreed to bring forward my retirement in light of the investigation in false. The company had a right to accelerate my retirement and it chose to exercise that right after the board received the results of an internal review, which had nothing to do with the allegations or the findings of the investigator.

“The findings, which I reject, resulted in a warning, nothing more. I was not terminated, there was no basis to terminate me and the implication that I acknowledged wrong-doing by “agreeing” to bring forward my retirement is demonstrably untrue.”

Vicinity has appointed its former chief operating officer Peter Huddle as the interim chief executive while it conducts a recruitment search through Egon Zehnder.

At the annual general meeting last week, chairman Trever Gerber said he wanted to “convey my particular thanks to Grant who retires as Vicinity’s CEO and Managing Director at the close of this meeting”.

“On behalf of my fellow directors, I would like to acknowledge and thank Grant for his achievements and contributions to Vicinity over the past five years and we wish him well in his future endeavours,” Gerber said.

Kelley took over the reins of Vicinity in early 2018 from Angus McNaughton and embarked on a large-scale development drive.

He hails from Adelaide where he has a wide range of interests including ownership of the Adelaide 36ers basketball team.