A series of credit score errors by Equifax that the firm blamed on a coding mistake has now led to a class action lawsuit brought by a Florida woman who claims the company violated the Fair Credit Reporting Act by providing inaccurate credit scores.

Nydia Jenkins claims that because of Equifax's error, her credit score was off by 130 points when she applied for a car loan, resulting in her getting denied before having to take a different loan that is costing her $150 more per month. Jenkins' lawyers are looking to add potentially millions of other claimants who may have been affected to the lawsuit, which was filed Wednesday in Atlanta federal court.

"Equifax is allowed to perform credit reporting services, involving such sensitive consumer credit information, only if it adheres to the requirements of laws meant to protect the privacy and accuracy of such information, such as the FCRA," the complaint says. "Equifax’s maintenance, use, and furnishing of consumer reports is and was intended to affect Plaintiff and other Class Members, and the harm caused by the inaccuracies on consumer reports resulting from the Glitch was entirely foreseeable to Equifax."

The Wall Street Journal reported that Equifax told an auto lender that just 10% of applicants had wrong scores due to the glitch, which impacted applications for a three-week period in March and April. That number is far from small, however, given that lenders requested a total of roughly 2.5 million credit scores during that time, the Journal reported, citing industry officials.

This July 21, 2012, file photo shows signage at the corporate headquarters of Equifax Inc. in Atlanta.

Equifax said in a statement that "less than 300,000 consumers experienced a score shift of 25 points or more." The company has said that they are working with lenders and providing updated credit scores for those affected, but Jenkins's lawsuit says this is not enough. 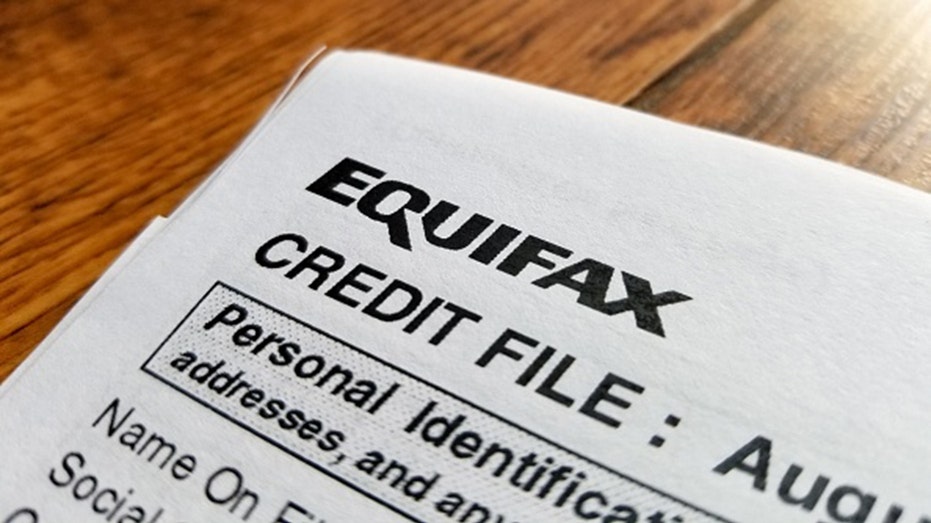 Close-up of the upper corner of a consumer credit report from the credit bureau Equifax, with text reading Credit File and Personal Identification, on a light wooden surface, September 11, 2017. (Photo via Smith Collection/Gado/Getty Images).

Jenkins' attorneys, John Morgan and John Yanchunis from the law firm Morgan & Morgan, said in a statement that "millions of American" use credit for "the most important purchases in their lives," such as cars and houses.

"This lawsuit alleges that Equifax failed to live up to its responsibility as one of America’s major credit reporting agencies by providing inaccurate information on millions of Americans," the statement said. "We believe that many of the people impacted – some of whom may still be unaware of what happened – suffered severe financial consequences. We will hold Equifax accountable for these alleged failures and win justice for everyone impacted."

Fox Business reached out to Equifax for comment on the lawsuit, but they did not immediately respond.

The American Association of Consumer Credit Professionals weighed in on the error, calling it "deeply troubling" for causing problems for so many people "at a time when many Americans were already struggling to purchase homes and automobiles[.]"