The embattled ASX-listed workspace operator was evicted last week from its last remaining offices in Sydney’s Barangaroo precinct and landlord Investa locked the doors at its level 27 Melbourne premises in the gleaming glass tower at 567 Collins Street. 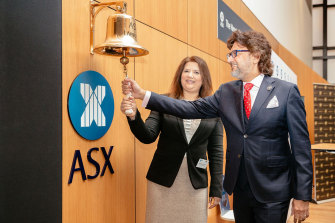 Victory said its two remaining flexible workspaces in central Melbourne, on level 2 at 420 Collins and level 14 in premium 333 Collins Street tower, were open when contacted by The Age and Sydney Morning Herald.

So far, major landlords – AMP Capital, Mirvac, Dexus and Investa – have all abandoned the flexible workspace provider and evicted it from key premises.

The lease termination process was managed with a focus on safety and care at all times.

The company floated on the ASX with much fanfare in 2019 with a market capitalisation of about $80 million. It is now worth $8.36 million at current market values.

Victory was one of the first major companies that Bracks joined, but in a notice to the ASX last week, the inaugural chairman stepped down as did non-executive director Kelly Humphreys, who only joined in November last year.

Chief executive Dan Baxter will take on the chairman role and was contacted for comment.

A disgruntled tenant, in an email sent to the Herald, said the lease at Victory’s Barangaroo premises was terminated at 5pm on Thursday, May 26. 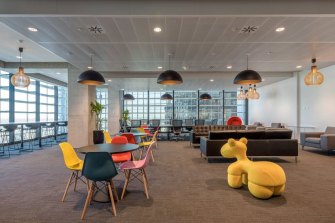 Tenants found they were locked out when they went to the offices on Friday morning and couldn’t access the floor. They were given a letter from KPMG, who subleased the space to Victory Offices, by the building’s security advising the office was shut.

“The lease termination process was managed with a focus on safety and care at all times,” a KPMG spokeswoman said.

“We understand that many of the occupants were shocked and upset at discovering their situation, and we are working with them to finalise their individual vacancy arrangements to minimise disruption to their businesses.”

Victory has been at loggerheads with landlords since last July when the global pandemic forced many offices to close after workers were told to stay home.

Rent defaults resulted in AMP Capital closing the doors of Victory’s space in Collins Place and Bourke Place in Melbourne and in the EY Centre at 200 George Street in Sydney.

The business bills itself as the place to go to for “premium flexible workspace solutions”.

Last month padlocks were put in place at its offices at 420 George Street in Sydney and the group also vacated Dexus’ office at 100 Mount Street in North Sydney.

An ASX spokesman confirmed that Victory was being monitored for share price movements amid market speculation and “if there is need of an explanation, the ASX will issue a price query”.

Investa chief executive Michael Cook said there would always be a place for “third space operators” in the landlord’s buildings. “They can be the lungs of a building. Tenants looking for extra space or presentation rooms can go downstairs rather than having to go offsite. They are essential,” he said.