A CREEPY fish with fingers on the end of its fins terrorised the oceans 380million years ago.

The 5ft-long, shark-like Elpistostege watsoni lurked in tropical lagoons and could be a missing link in human evolution. 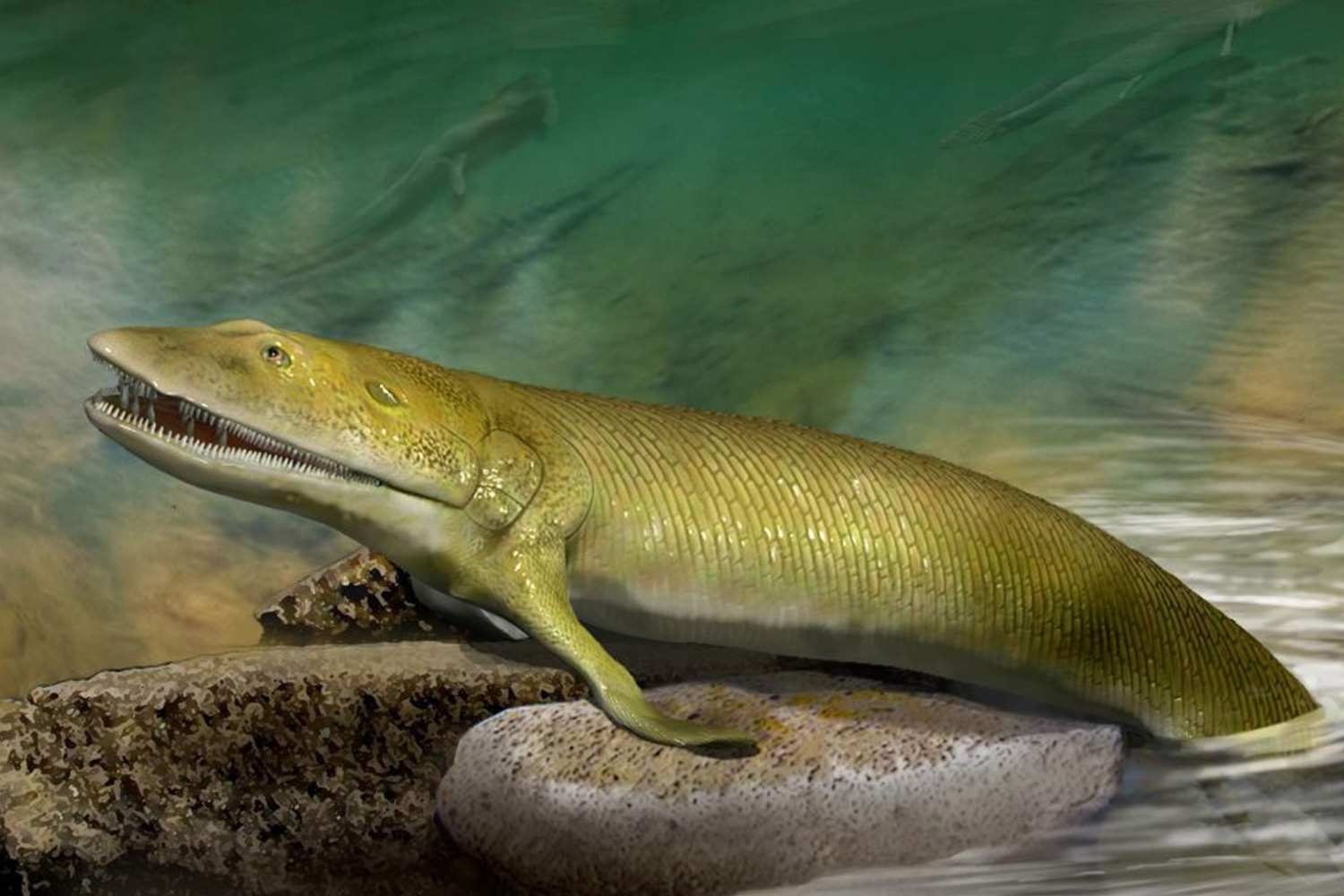 Scientists studying a fossil of the slippery predator found in Canada say it may hold clues to how hands evolved in people.

Scans of the fossil showed the structure of its fin to have similarities with the human hand, with the skeleton featuring an arm, a forearm and finger-like appendages.

Professor John Long, of Flinders University in Australia, said: "This is the first time that we have unequivocally discovered fingers locked in a fin with fin-rays in any known fish.

"The articulating digits in the fin are like the finger bones found in the hands of most animals.

"This finding pushes back the origin of digits in vertebrates to the fish level, and tells us that the patterning for the vertebrate hand was first developed deep in evolution, just before fishes left the water."

Evidence of Elpistostege was first found in 1938 in the cliffs of Miguasha National Park in Quebec, Canada.

However, it was only in 2010 a complete specimen was discovered. 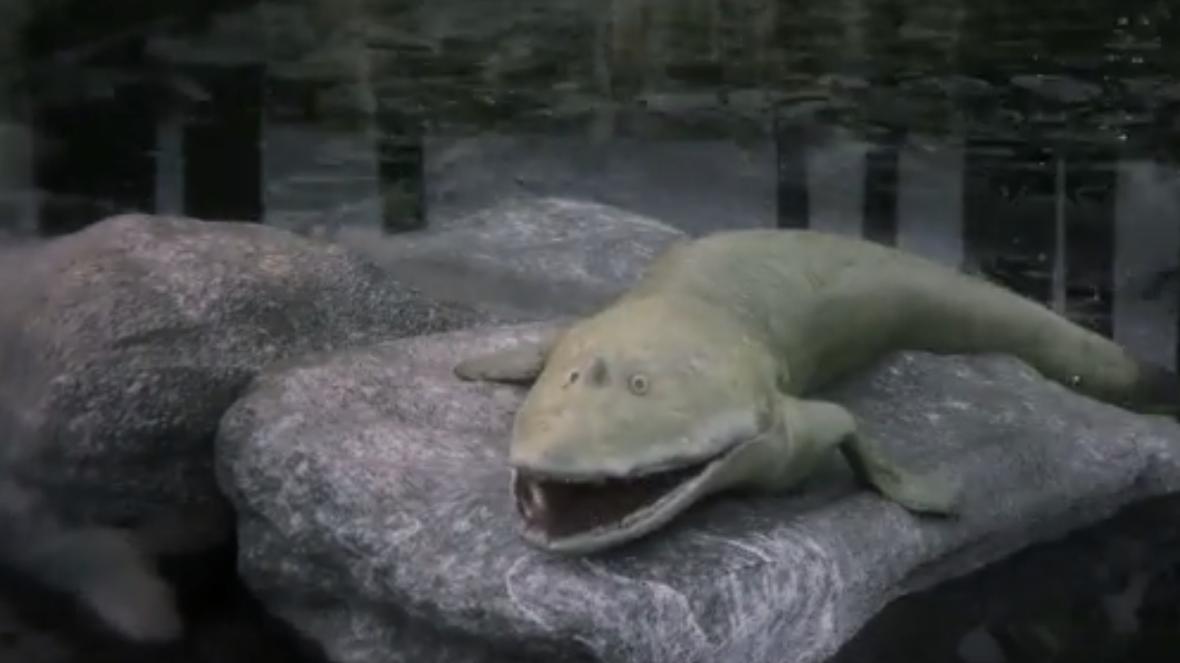 The unique predator is believed to have lived in a shallow marine habitat in the Quebec region during the the Middle and Upper Devonian period, about 393-359 million years ago.

Researchers believe fish such as Elpistostege are "transitional fossils" which could help understand how vertebrates, or back-boned animals, were able to transition from water to land.

The process would have involved significant changes such as the evolution of hands and feet.

An international team of palaeontologists from Australia and Canada used high-energy CT scans to study the pectoral fin, used to control the direction of movement during locomotion, of the Elpistostege. 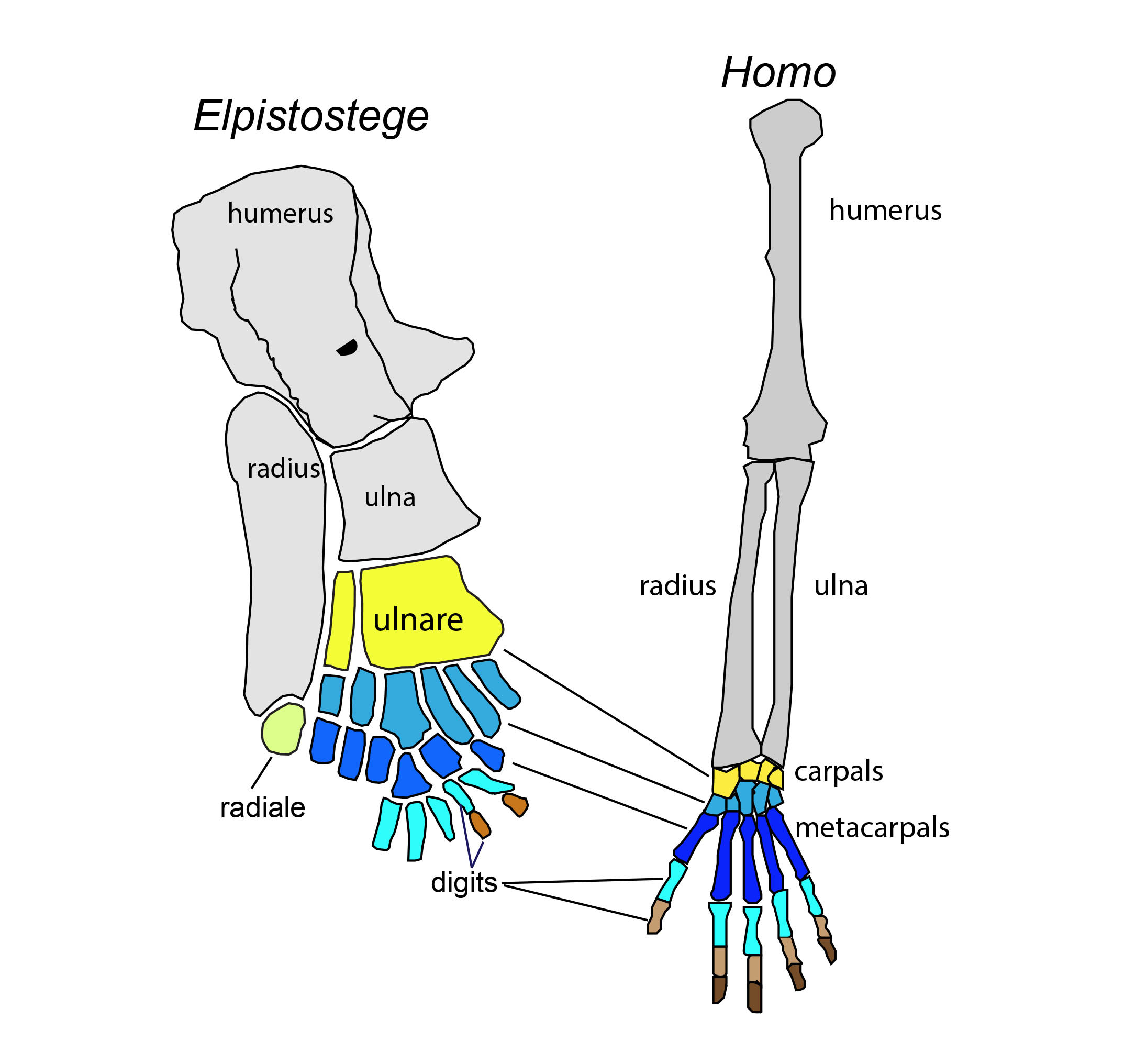 The fin skeleton revealed the presence of an arm (humerus), a forearm (radius and ulna), a wrist (rows of carpus) and fingers (phalanges organised in digits).

Dr Richard Cloutier, of the University of Quebec at Rimouski, said: "The origin of digits relates to developing the capability for the fish to support its weight in shallow water or for short trips out on land.

"The increased number of small bones in the fin allows more planes of flexibility to spread out its weight through the fin."

The research was published in the journal Nature.

Why did the dinosaurs die out?

In other news, the world's smallest dinosaur was discovered by scientists earlier this month.

A mysterious ape-like species unearthed in Germany could be the "missing link" in human evolution.

And, an eerie ancient Egyptian ‘cat mummy’ has been found with five legs and three tails.

What do you think of the creepy fingered fish? Let us know in the comments!