I’LL start this with an apology.

It annoys me as much as anyone else when you see Christmas bits in the shops before the clocks go back. 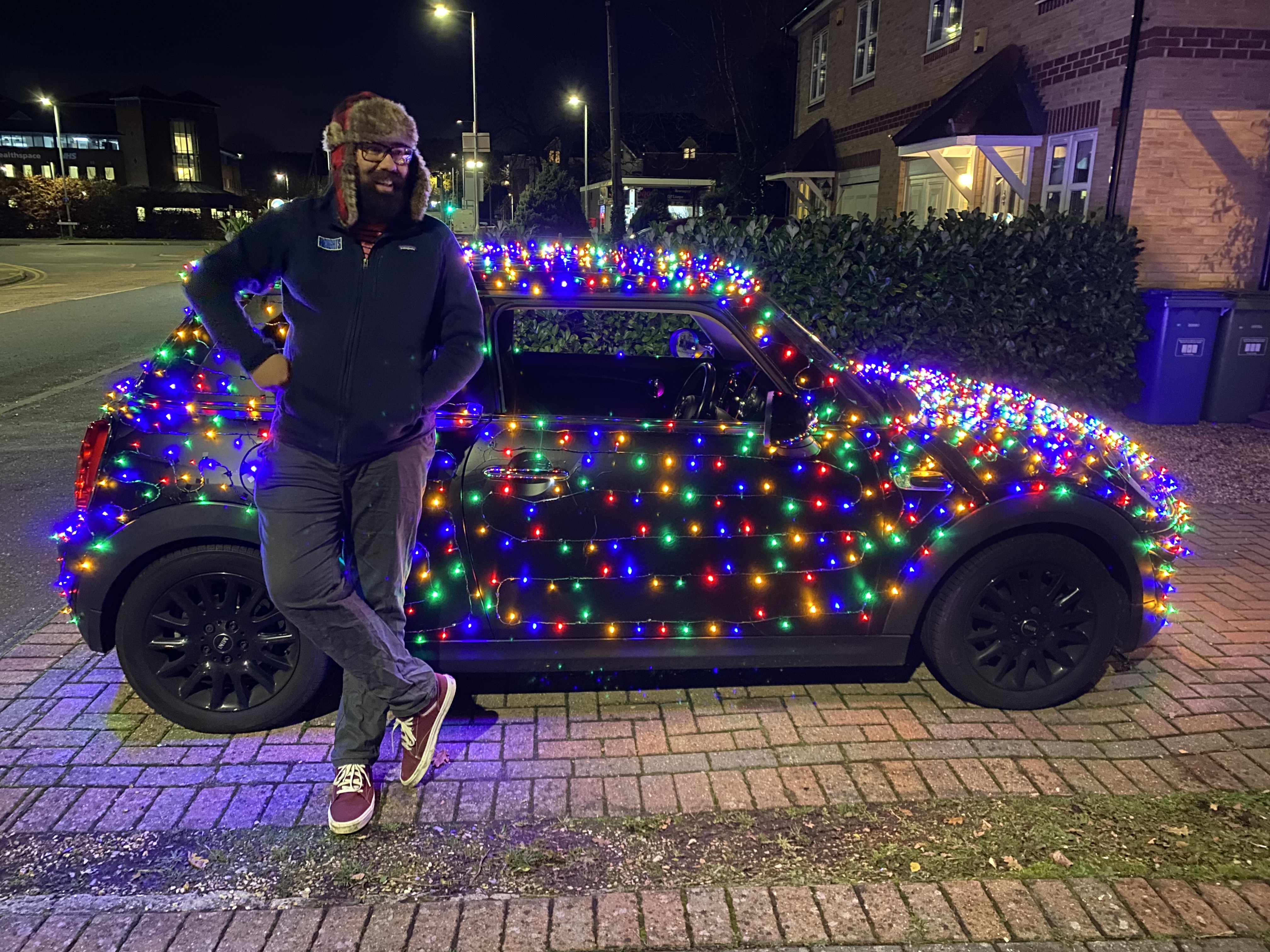 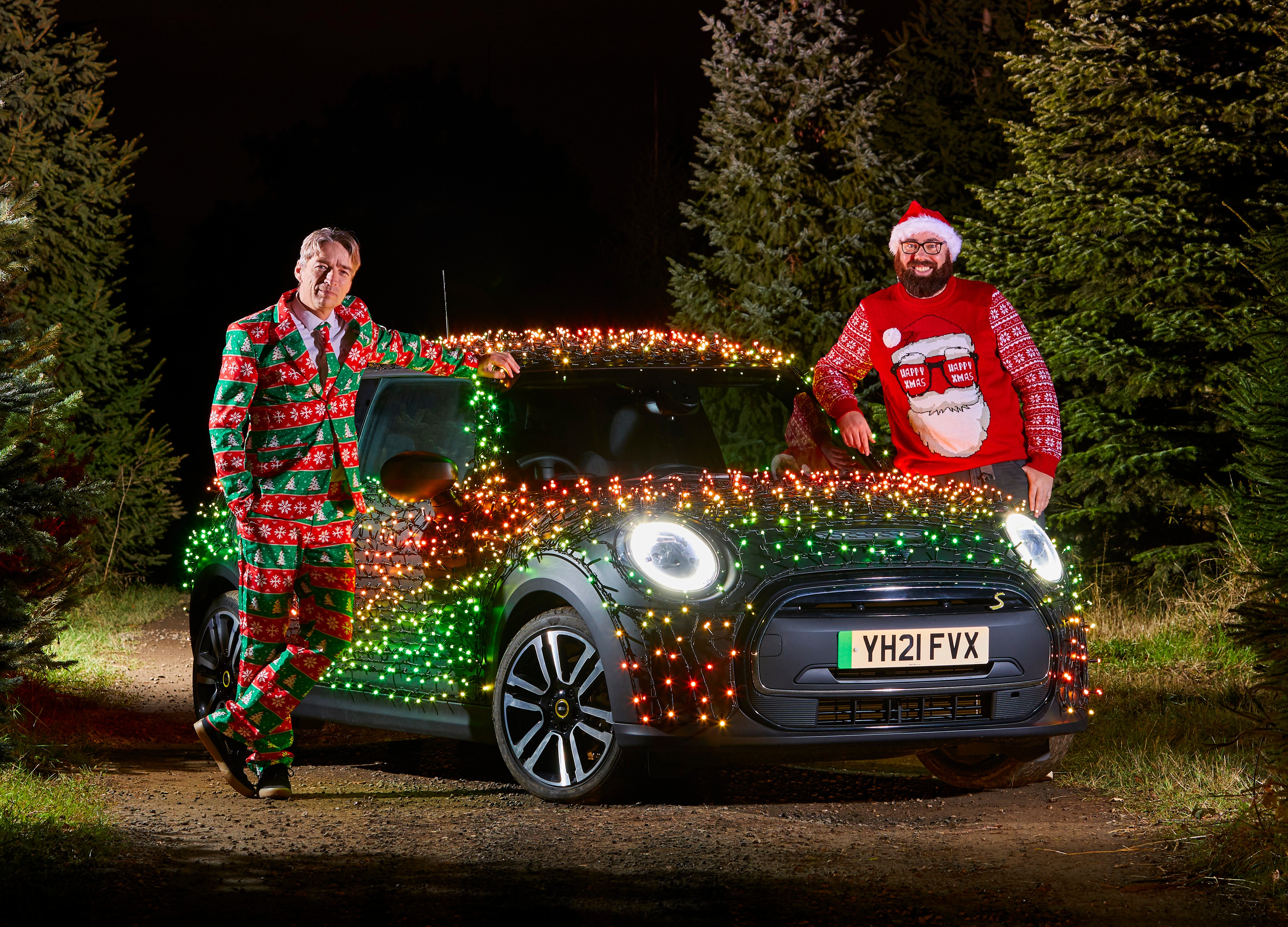 But there’s a good reason I’m getting into the spirit halfway through November.

My new friend Nicholas “Nico” Martin is going on a five-week tour of the UK in the run up to the big day to raise £50,000 for charity.

You might spot him on Google Earth because his Mini Electric is decked out with 2,000 Twinkly LED lights.

Even better, the app-controlled fairy lights are fully animated so you can create your own light show or scroll personalised messages across the car like an advertising banner at a footie stadium. For a little donation, obviously.

Nico said: “It really gives the car a bit of extra magic.”

As you can see from the pictures software engineer Nico has done this before but never on this scale.

Back in 2017 he thought it would be a good laugh to bring a bit of cheer around his home town in Bracknell by putting 600 lights on his car.

Nico said: “For some reason Argos did a set of 480 lights and I used four sets. It took me seven hours and lots of electrical tape to get the car ready.”

Then came the lightbulb moment.

Nico was asked to take his festive Mini to surprise a little lad called Marcus who has Duchenne Muscular Dystrophy and was unable to go out and see the Christmas lights around town.

Nico said: “To see his face light up with so much joy and excitement was really heartwarming.

“I realised I had created something truly special here and could use the festive Mini to bring joy and positivity to lots of people on their doorstep and also to raise funds for charity.

“If people donated £20 or more, I would come and visit.

“It was completely overwhelming to see how people appreciated what I was doing.”

Last year Nico raised a little over £5,000, despite the pandemic.

Mini loved it so much that they’ve decided to help out this year by providing the Mini Electric and also to shine a light on Nico’s UK tour.

He’ll be at Silverstone’s Lap of Lights on November 26 and as far north as Blackpool on December 19.

Quick shout out to a firm called Festive Lights for fitting the lights.

Nico added: “The Mini Electric is just like my Mini, great fun to drive, and it means all my trips on the tour are environmentally friendly.

“The target is £50,000 – ten times what we raised last year – now I can go further afield. I’ve saved up some holidays and I cannot wait to get started.”

The money raised will be shared between three charities: the MS Trust, Duchenne UK and Alzheimer’s Society.

All that’s left for me to say is, Merry Christmas. 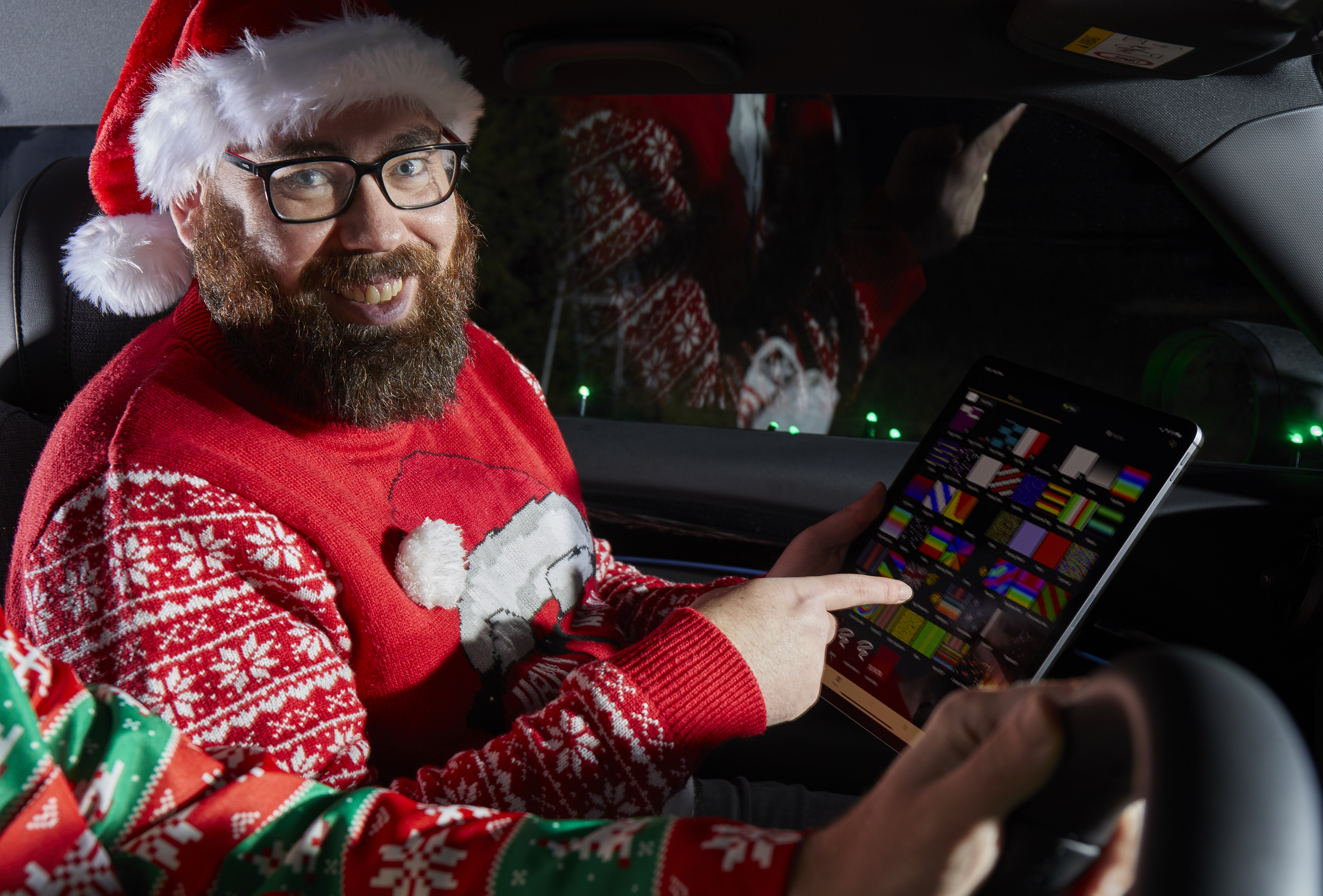 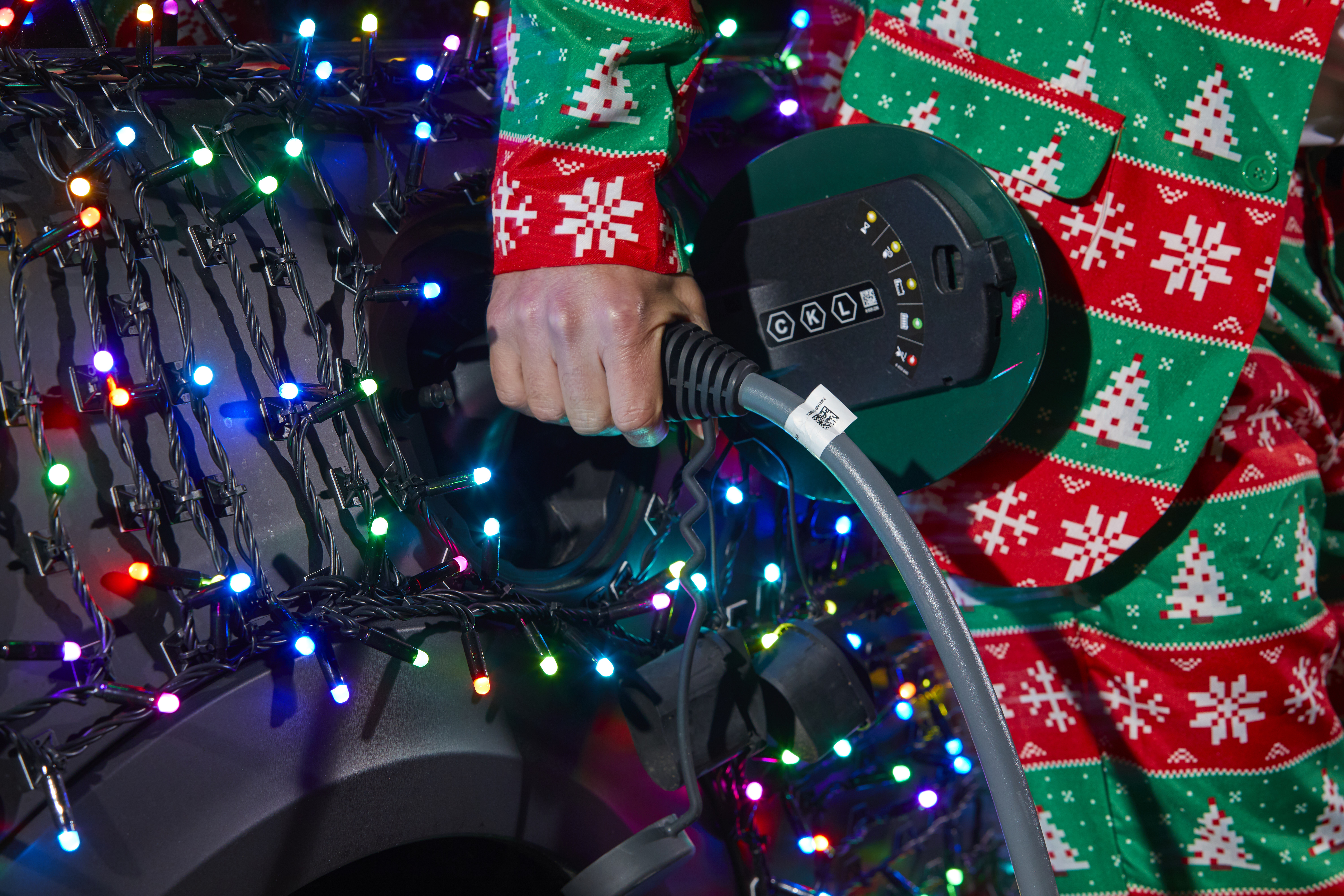 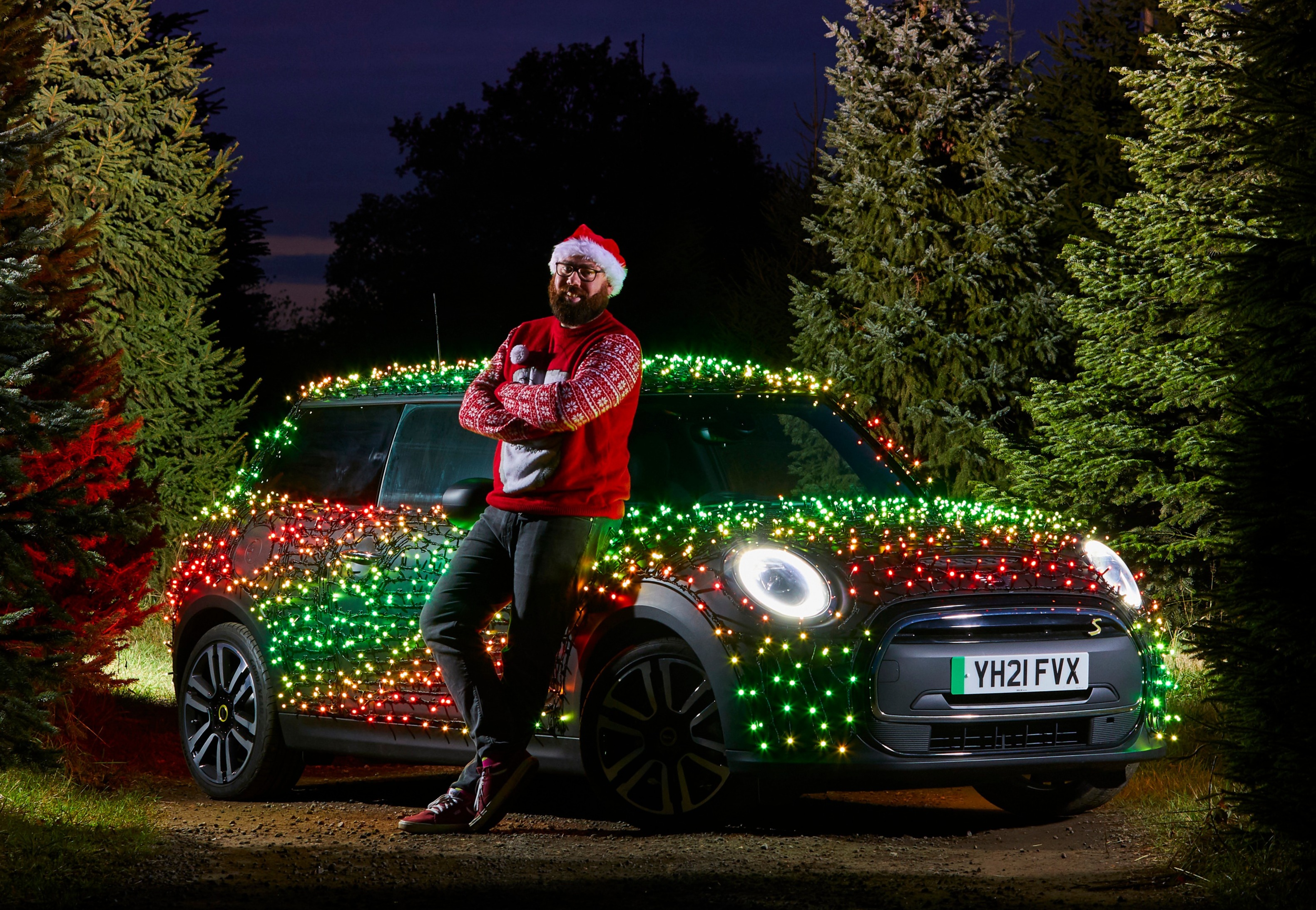