It is a perennially uncomfortable nugget of Facebook trivia that it began as a website for rating the attractiveness of Harvard’s female students.

“Facemash” did not last long, but its place in the story of Mark Zuckerberg’s company has lingered, haunting what is now the world’s biggest social network whenever it finds itself criticised for bias. 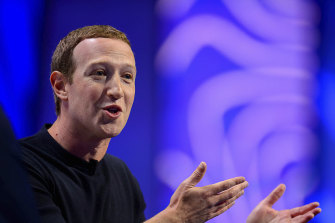 Facebook revealed plans in 2019 to double its female staff count globally over five years but in July, it revealed women made up 36.7 per cent of its workforce, a drop from the year before’s 37 per cent figure. Credit:AP

Facebook’s early years after its founding in 2004 are replete with tales that would today make its executives squirm. Sexually explicit murals donned the walls of its offices and complaints about harassment among the company’s first employees were reportedly dismissed as playful banter.

Since then, Facebook has grown into a $US1.1 trillion ($1.5 trillion) giant with 63,000 staff. While expanding it has attempted to shake off the frat house reputation that accompanied its early days and replace it with the image of a liberal tech firm. There are no more lewd murals, for one thing.

Despite efforts, the company has battled a string of accusations that it prompts sexism. Campaigners say that, like much of Silicon Valley, Facebook’s primarily male workforce is reflected in the products used by 2.8 billion people worldwide on a daily basis.

Facebook is facing accusations of breaking the Equality Act – which guards against discrimination in the workplace – after the campaign group Global Witness said some job adverts it has placed on the site were overwhelmingly viewed by either men or women.

The company’s systems that “optimise for ad delivery” disproportionately showed the adverts for mechanics, nursery nurses and pilots to one gender. Facebook may not have specified target audiences, but 96 per cent of mechanic adverts were seen by men and 75 per cent of pilot adverts. Meanwhile, 95 per cent of those who viewed adverts for nursery nurses were women and 77 per cent for psychologists.

London-based Global Witness said it had presented the findings to the UK’s Equality and Human Rights Commission under the Equality Act, and the Information Commissioner, under data protection laws that require companies ensure the use of personal information does not result in discriminatory outcomes.

A Facebook spokesman said it was reviewing the findings.

However, it is hardly the first time Facebook has faced accusations that its apps reinforce sexist behaviour. In 2019, a researcher discovered that typing “photos of my female friends” into the site’s search bar would produce just that. By contrast, searching for “photos of my male friends” would suggest users search for females.

“Big tech workers are mainly young nerdy males with little life experience. Many errors of judgment could be avoided with a more diverse tech population.”

Critics say it is not only gender issues that have featured in Facebook’s algorithms. Last week it emerged that the company’s video recommendation system had asked users if they would like to see more content about “primates” after a newspaper’s page posted a video featuring a black man. Facebook apologised and suspended the feature.

Technology companies are racing to develop increasingly sophisticated artificial intelligence algorithms, which “learn” behaviour, rather than following a set of rules. This makes it increasingly difficult to get to the bottom of incorrect or offensive results.

One start may be to employ a workforce that better reflects users.

“Technology is not neutral. It’s shaped by the people that build the technologies, shaped by their choices and their values,” says Erin Young, a research fellow at the Alan Turing Institute. “There is mounting evidence that suggests the under-representation of women in AI roles within tech companies results in feedback loops. AI systems are not objective. So when bias goes in, bias comes out.” 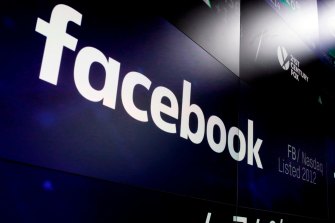 Facebook’s algorithms are again under fire.Credit:AP

Facebook has made bold commitments to do this: in 2019 it revealed plans to double its female staff count globally over five years. It also has one of the world’s most prominent female executives in chief operating officer Sheryl Sandberg, who has campaigned for more women to be given senior positions.

The latest data, however, suggest it is actually going backwards. In July, Facebook said 36.7 per cent of its global workforce were women, a drop from 37 per cent the year before. The number had improved from 31 per cent in 2014, when Facebook first disclosed the figures.

“Big tech workers are mainly young nerdy males with little life experience,” said Noel Sharkey, emeritus professor of artificial intelligence and robotics at the University of Sheffield. “Many errors of judgment could be avoided with a more diverse tech population.”

Internal figures have suggested that female engineers are more likely to have code rejected by colleagues, according to analysis from an employee reported by the Wall Street Journal in 2017. Facebook said the analysis was inaccurate, while also acknowledging the need for more women in senior positions.

It isn’t, however, the only big technology company to be accused of algorithm bias or to have a shortage of female engineers. Only 22 per cent of AI and data professionals in the UK are women, according to the Alan Turing Institute.

A more straightforward solution may simply be to have a workforce that better represents its users.

Get news and reviews on technology, gadgets and gaming in our Technology newsletter every Friday. Sign up here.