A federal judge sentenced former Baltimore Mayor Catherine Pugh on Thursday to three years in prison and three years of probation for a children’s book scam she used to funnel hundreds of thousands of dollars into her personal bank account and to her campaign.

Pugh released a 13-minute video on Wednesday in which she apologized for the fraud, acknowledging she’d used a series of children’s books she wrote and self-published to solicit funds from government partners and private contractors.

“I just want to apologize to the citizens, to young people, to partners, my friends ― everyone I’ve offended, everyone I’ve hurt — and city’s image — by pleading guilty and being a part of all of this that had led me here today,” Pugh said. “I accept responsibility, I accept total responsibility.”

Prosecutors said Pugh’s scam brought in more than $850,000, which she used to run for mayor and to purchase and renovate a house. As part of the sentence, U.S. District Judge Deborah K. Chasanow also ordered Pugh to pay nearly $412,000 in restitution and to forfeit $669,688 in property, which includes the house. 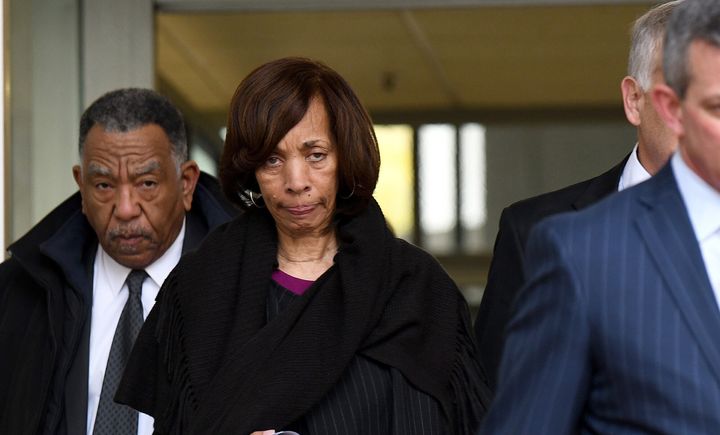 Chasanow called the breadth of Pugh’s crime “astounding” in her sentencing remarks Thursday.

“I have yet frankly to hear any explanation that makes sense,” the judge added. “This was not a tiny mistake, lapse of judgment. This became a very large fraud. The nature and circumstances of this offense, clearly, I think are extremely, extremely serious.”

The mayor sold upwards of 140,000 copies of the “Healthy Holly” books between 2011 and 2018 to institutions like the University of Maryland Medical System and Baltimore City Public Schools.

From 2015 through 2018, health care provider Kaiser Permanente also purchased 20,000 of the books for $114,000. Kaiser’s payments to Pugh overlapped with a $48 million contract the company signed with the city of Baltimore in September 2017 ― a contract approved by a board Pugh controlled at the time.

In an earlier statement to HuffPost, Kaiser denied any wrongdoing and said it purchased copies of “Healthy Holly” as part of a broader program to distribute health-centered literature that’s been ongoing since 2013.

Pugh resigned as mayor last year as evidence of her misconduct continued to grow, after initially dismissing an investigation by The Baltimore Sun as a “witch hunt.”