A white, male billionaire despised by probably much of New York City who maintains a long history of allegedly harassing women is running for president. To quote presidential candidate Senator Elizabeth Warren, “I’m not talking about Donald Trump. I’m talking about Mayor Bloomberg.”

Former New York City Mayor Michael Bloomberg received what may safely be called a beating at last night’s Democratic debate in Las Vegas, Nevada. Spearheading the swarm was Warren, who made a robust comeback onstage after struggling to enchant voters in Iowa and New Hampshire, and declining donations.

“Democrats are not going to win if we have a nominee who has a history of hiding his tax returns, of harassing women, and of supporting racist policies like redlining and stop-and-frisk,” Warren said, referring to Bloomberg’s stain of a criminal justice legacy on New York City. “Look, I’ll support whoever the Democratic nominee is. But understand this: Democrats take a huge risk if we just substitute one arrogant billionaire for another.”

Still, the most pointed spar was yet to come.

Answering a question about his record as a boss—from his company being “a hostile workplace for women” to his previous confession of making “sexually suggestive remarks” to female employees—Bloomberg said, “I have no tolerance for the kind of behavior that the Me Too movement has exposed.”

Bloomberg rattled off a list of clearly rehearsed statistics, fumbling over his own words toward the end as his mind tried to play catchup with his mouth: A woman runs his foundation; “lots and lots of women have big responsibilities” in his company; a woman served as his deputy when he was mayor; et cetera, et cetera.

Warren quickly sniped back, “I hope you heard what his defense was: ‘I’ve been nice to some women.'”

For the next 50 seconds or so, Warren hit him where it hurt, bringing up various lawsuits women employees have filed against his company, as the billionaire tried his hardest to keep his cool. I guess money can buy elections but not composure.

Ouch. But Bloomberg probably held up a staunch defense of himself, right?

“None of them accused me of doing anything,” Bloomberg said, “other than … maybe they didn’t like a joke I told.” He also added, “We have very few nondisclosure agreements.”

Better luck at the next debate, Mike. 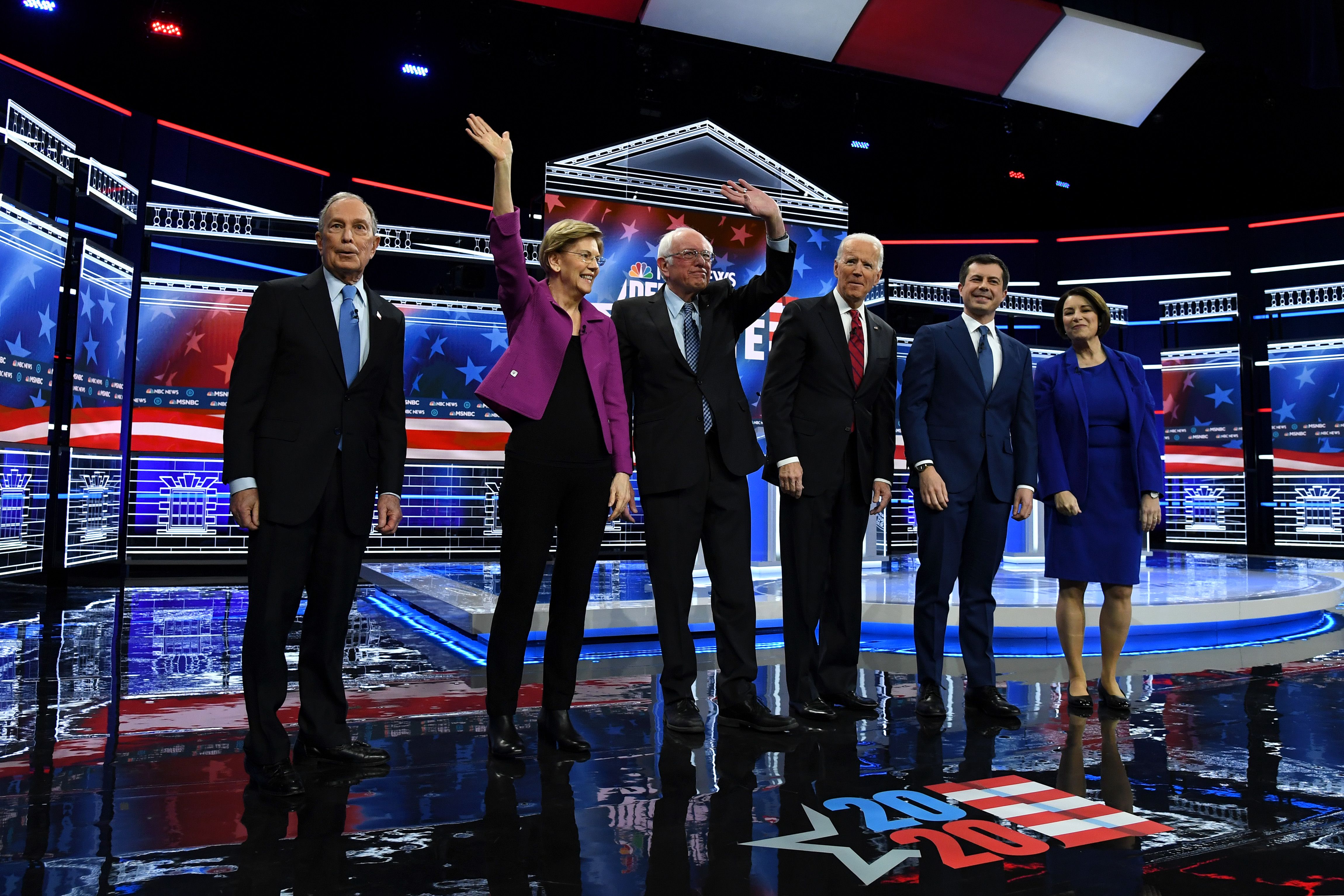