Sen. Elizabeth Warren (D-Mass.) on Wednesday endorsed presumptive 2020 Democratic presidential nominee Joe Biden, the last of his major rivals in the Democratic primary to do so.

In a video posted to Twitter, Warren called Biden a “selfless public servant” who will lead “a government that works for the American people.”

“He is committed to the fight for social, racial and economic justice,” she said. “Now it’s up to all of us to help make Joe Biden the next president of the United States.”

Warren held out throwing her support behind Biden even after fellow progressive Sen. Bernie Sanders (I-Vt.) endorsed him earlier this week.

Sanders made the surprise endorsement Monday during a livestream event with the former vice president, saying that it was vital to put aside policy and ideological differences and come together in a time of crisis.

In an interview Tuesday with The Associated Press, Sanders said it would be “irresponsible” for his followers not to support Biden. He warned that progressives who “sit on their hands” in the months ahead would help Trump’s reelection.

After exiting the race in early March, Warren notably did not endorse either Biden or Sanders.

Her endorsement now, along with Sanders’, marks another opportunity for Biden to bridge fissures in the Democratic Party and win over the support of progressives.

Many progressives have felt Biden hasn’t done enough to move in their direction — for example, by potentially demonstrating a willingness to consider their policy positions.

“The whole process of coming together should be uncomfortable for everyone involved — that’s how you know it’s working,” Rep. Alexandria Ocasio-Cortez (D-N.Y.) told The New York Times. “And if Biden is only doing things he’s comfortable with, then it’s not enough.” 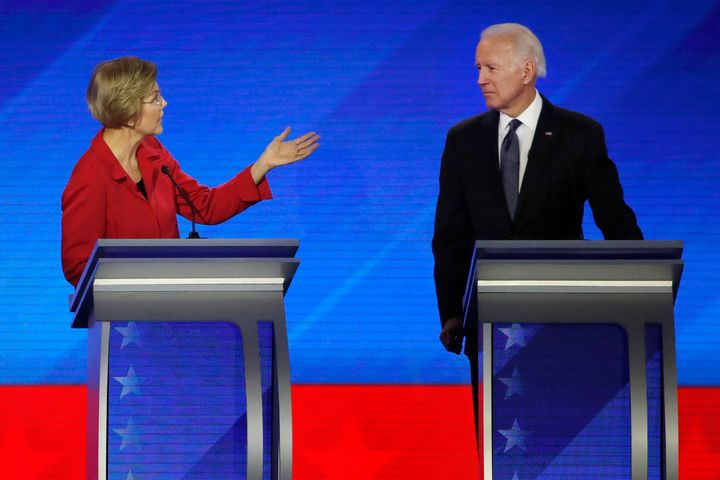