Australia's debit card system Eftpos will begin processing online payments for the first time in its 35-year history, a move its chief executive says couldn't have come at a better time as the coronavirus pandemic accelerates digital spending.

On Monday, the major payments provider said it had begun to roll out the new digital service to retailers and financial services providers, initially focused on recurring payments for companies processing card-on-file payments. Almost 40 Australian banks, including Suncorp, have signed on for the service, meaning their cards will be able to be processed through Eftpos' digital system. 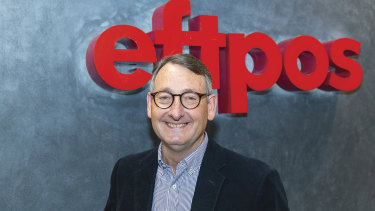 Customers won't have to select a 'pay by Eftpos' option as the checkout, chief executive Stephen Benton said, with the new service operating entirely behind the scenes.

"Just like at a standard point-of-sale where it's both Eftpos, Visa and Mastercard, the consumer doesn't know, or really care, which way it goes when they tap. The same holds true for online as well," he told The Age and The Sydney Morning Herald.

However, Eftpos is hoping its foray into the online space will get more merchants using its payment rails, estimated to be 40 per cent cheaper than alternatives such as Visa and Mastercard, savings that could be passed on to consumers.

Running payments through cheaper networks like Eftpos rather than its competitors is known as "least-cost" routing, and has been a focus for industry bodies and the Reserve Bank of Australia, which are concerned merchants are being stung by unnecessarily high fees from using other payment networks for tap and go purchases.

Eftpos, along with the RBA and the Australian Retailers Association (ARA), have been pushing for greater awareness of least-cost routing, with the RBA even considering mandating the process after it found banks were gouging customers to the tune of $500 million via tap-and-go fees.

The RBA has also said it is keen to ensure least-cost routing is available for online purchases, flagging it as a focus area in a speech in June and floating potential regulatory options to keep the cost of digital payments low.

"As everyone understands it and their systems are able to support it, I think we'll get good momentum," he said. 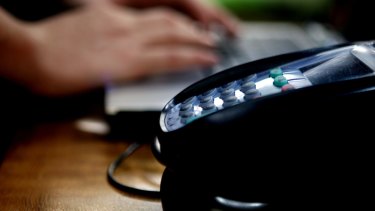 Eftpos is owned by 19 major corporates, including the big four banks.Credit:Louise Kennerly

ARA chief and former David Jones boss Paul Zahra said it would be important for retailers to contact their payment providers to switch on Eftpos' new digital service, but called on the banks to be proactive about offering it to their clients.

"Some of the banks have been dragging their feet to make least-cost routing available and making it known to their retail customers. We urge the banks to get on the front foot and help retailers find savings to support their recovery in this challenging environment," he said.

Eftpos is co-owned by 19 different major corporates, including the big four banks, Coles and Woolworths, and other payment providers such as Tyro. The company processed $130 billion in transactions in 2019.

"We welcome the move by eftpos into digital payments and the provision of more options for retailers and customers," Paul Askew, Coles' general manager of financial services said.

Mr Benton said the company had been working on and trialling its digital payments system over the past year but said the launch was "more important now" due to COVID-19's effect on the online retail space, which has boomed in recent months as housebound shoppers switched their retailing online.

Eftpos has been also building its service into mobile payment systems such as Google and Apple Pay, and is looking into other online offerings such as digital identification.

However, you won't see the company venturing into the buy now, pay later or banking space any time soon, says Mr Benton, with the company keen to remain a "facilitator, not a competitor".