If you thought 2020 couldn't get any weirder, Dunkin' has set out to prove you wrong by launching a collection of donut-infused beers.

At the end of August, the donut chain announced it would renew its collaboration with Boston-based Harpoon Brewery, which helped Dunkin' launch a coffee porter last year. After the success of the coffee porter, Dunkin' and Harpoon jumped the shark hand-in-hand and launched a full-on fall collection of donut-themed beer.

Who's afraid of donut-infused beer? I am, but 2020 is all about conquering your fears and taking a leap — even if that leap is on waterskis over a live shark into a case of really strange beer. But I embrace the unknown. The darkness does not scare me — I am the darkness. Plus, Harpoon sent me a case to try.

So on Monday, when the clock struck five, I grabbed my camera and a couple of tiny mason jars and headed to my deck to drown my sorrows in donut beer.

The beer comes in a twelve-pack, much like Dunkin's donuts (so meta!). The pack contains three cans of each flavor. 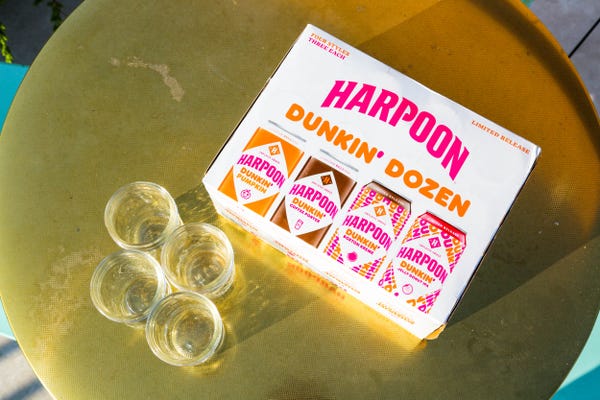 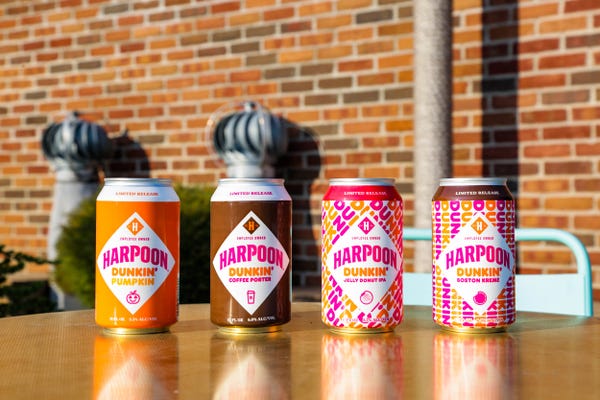 First, I tried the orangest of the bunch: the Harpoon Dunkin' Pumpkin, which is brewed with pumpkin, pumpkin pie spices, and coffee. Dunkin' describes it as "easy drinking." 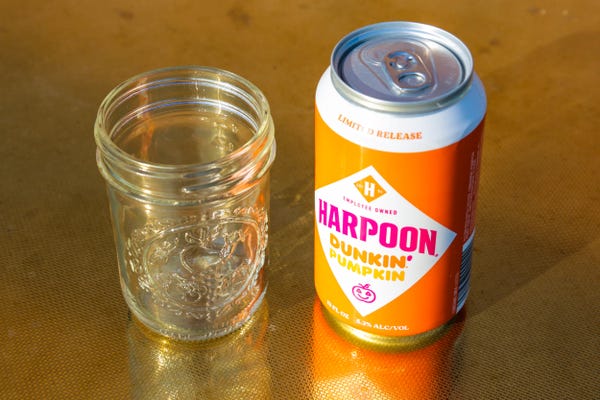 I didn't disagree. It tastes exactly how you'd expect, kind of festive, a bit pumpkiny, and actually not bad at all. It's pretty sweet for an ale. But when you drink it, try not to think of potpourri. 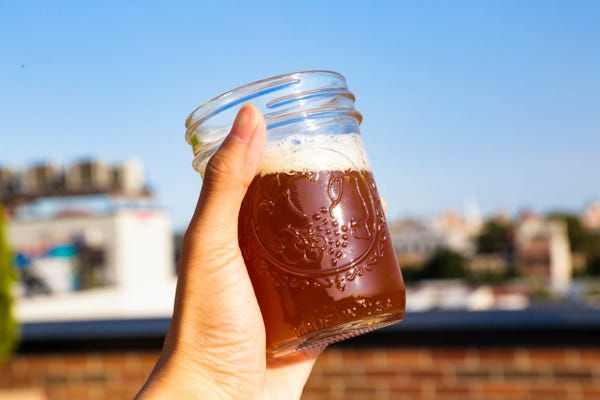 Next, I tried the classic coffee porter, which supposedly "combines malty notes of chocolate, caramel, and toffee," according to Dunkin'. 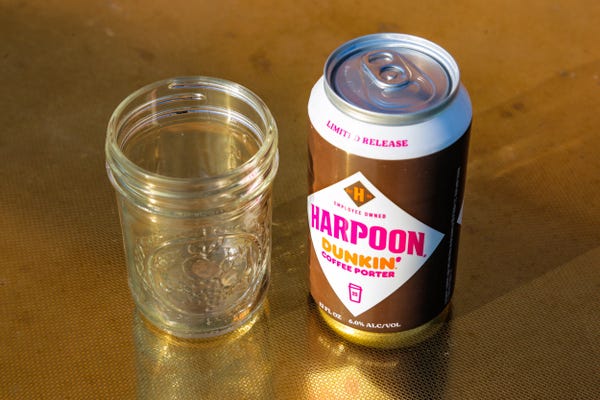 It's a dry, rich porter that has a cheesy, pecorino-like nose — that'd be the malt. But it doesn't really taste like coffee. 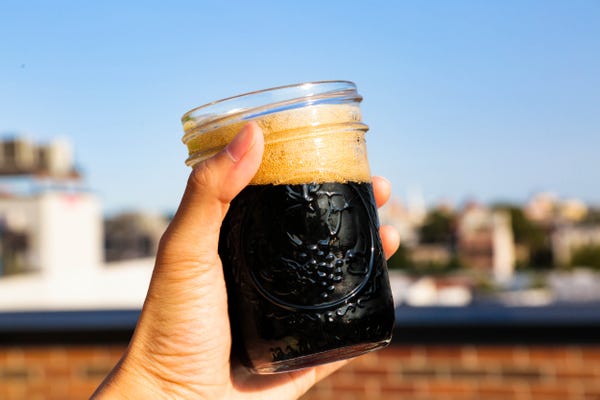 The first of the donut beers is the Boston kreme stout, which is brewed with cacao nibs and actual Dunkin' donuts. 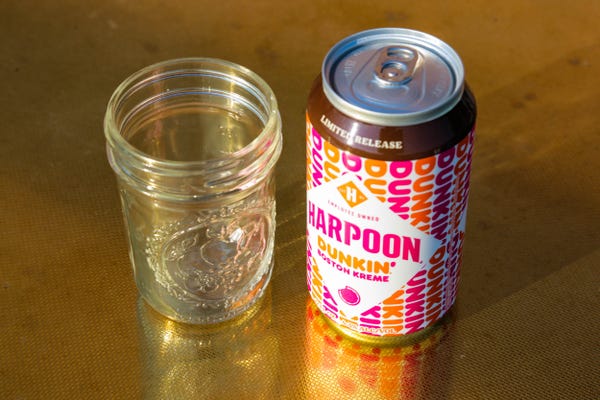 I liked my first sip, then immediately changed my mind. The "doughy" notes made the beer taste waxy, and the chocolate came across as plasticky for a Tootsie-Roll-like flavor. I suppose I'd like this more if I liked Dunkin's donuts. 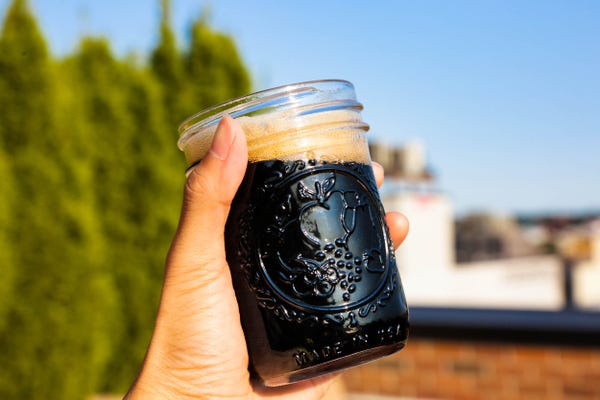 Finally, it was onto the jelly donut IPA's, which is brewed with donuts and raspberry purée. 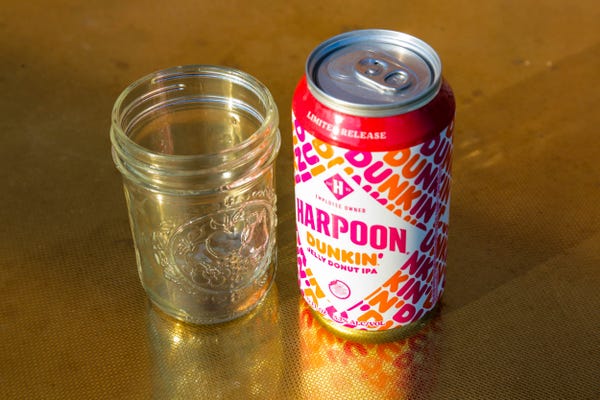 Immediately, the fragrance and flavor made me think of lychee. But once I tasted the cough syrup, I couldn't un-taste it. The smell made me nauseous and I couldn't get through more than a few sips. 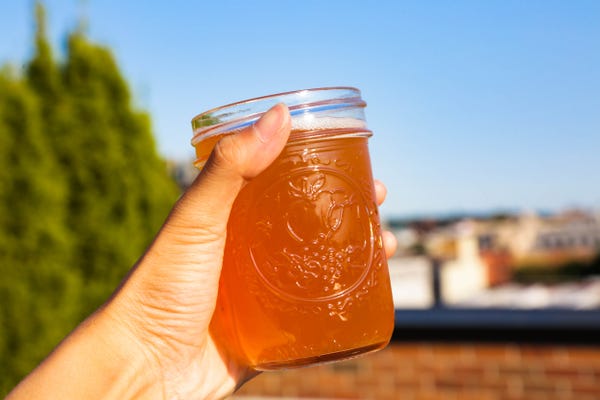 How much I drank of each beer accurately reflects how I felt about it. Sorry, jelly donut stans. 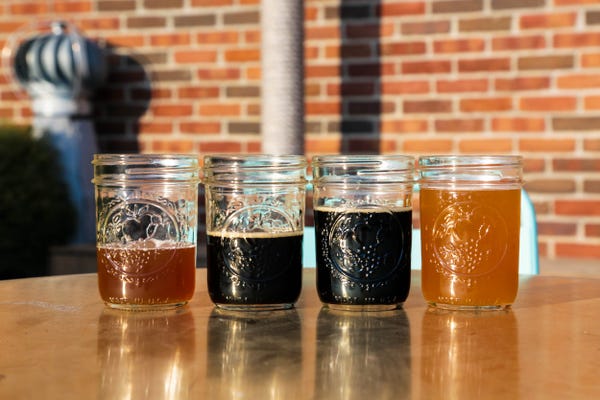 The pumpkin spice latte ale was by far the best beer, with a nice, balanced flavor that only slightly veered into potpourri. 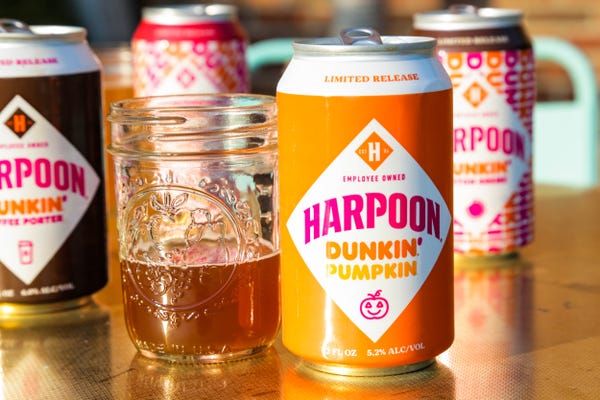 The coffee porter was rich and interesting without being overpowering. However, it wasn't especially compelling considering how little coffee flavor came through. 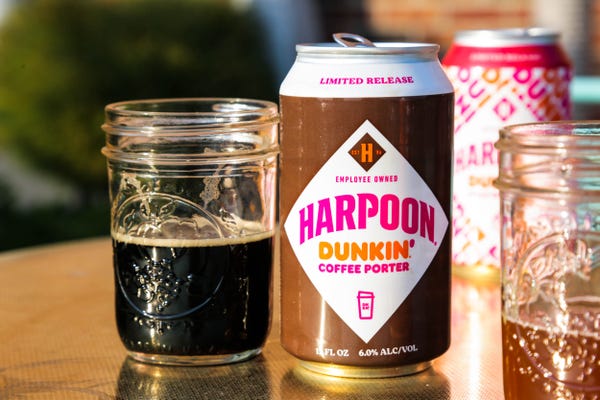 The Boston kreme was drinkable. If I were stuck on a desert island with nothing but a case of Boston kreme stout, it would be better than just seawater. 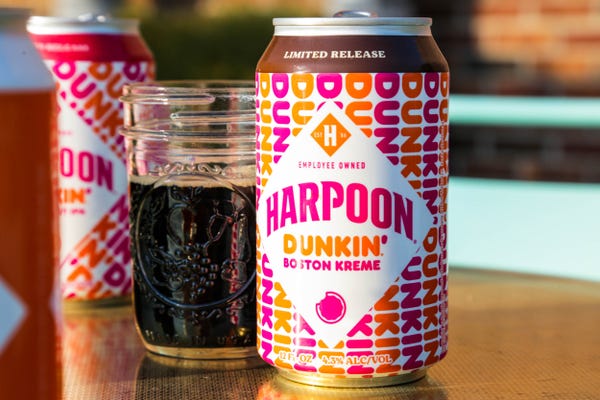 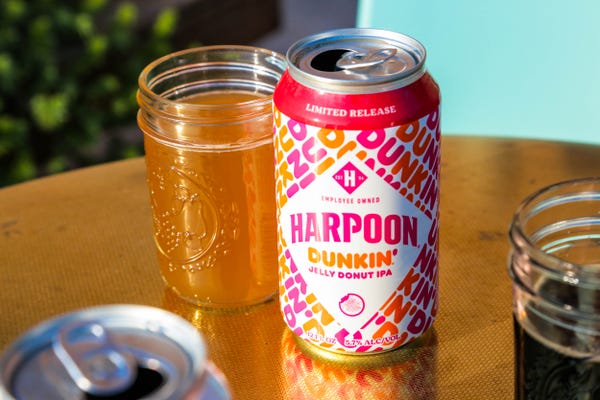