Dreamworld owner Ardent Leisure has been hit by another blow out in losses from the Gold Coast theme park with visitors staying away due to a perfect storm of floods, bushfires and now the coronavirus over the crucial holiday season.

Adding to investor concern is the potential impact of the coroner's report into the 2016 tragedy where four people died at Dreamworld after a malfunction on the Thunder River Rapids ride. The Queensland coroner is due to hand down his findings on Monday.

It has led Ardent to warn it is "unlikely" that Dreamworld will break even in second half of this financial year. 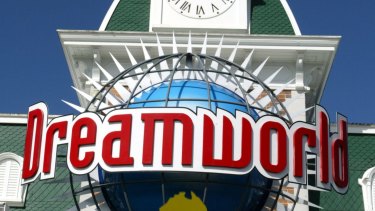 Ardent reported a net loss of $22.5 million for the December half, which was slightly above the net loss of $21.8 million in the previous corresponding period. Investor reaction was swift with the shares sold down 7.8 per cent to $1.25 in morning trade.

Ardent also revealed a drop in visitors at its Sky Point and WhiteWater World attractions, which attract a large number of Chinese-based tourists during the Lunar New Year in February.

"It has been a confluence of the end of school holidays and Lunar New Year, being hit by the coronavirus, extremely bad weather and the potential impact of the coroner's report," chief executive Chris Morris said.

"Management believes these challenges are temporary and remains focused on successfully executing planned investments and initiatives."

Ardent Leisure has two segments, the Australian theme park Dreamworld, WhiteWater World and the Sky Point observation tower, both on the Gold Coast, and the Main Event entertainment centres in the United States.

Goldman Sachs has been retained by the company to look for capital partners to help grow the Main Event business, where there are now 50 centres.

On an investor call, Mr Morris said it was "hard to call" when Dreamworld would breakeven, saying "we want to see what happens over the next few months to make that call".

"We will see what the next couple of months look like," he said.

Citi analyst Sam Teeger said while a weaker than expected Dreamworld outlook may grab first headlines, "once the market appreciates these issues are short term and focuses on Main Event’s improving like-for-like sales and rollout momentum, we expect the stock to trade up".

"Earnings growth has the potential to be turbocharged should Ardent be successful in finding a partner to accelerate Main Event’s rollout," Mr Teeger said.