Yet somehow, almost no one outside of Washington seems to be paying attention.

The most important provision of the bill would allow the federal government to negotiate directly with manufacturers over drug prices, as authorities in other countries do. That could slash the price of everything from insulin to cutting-edge, breakthrough treatments for cancer for the vast majority of Americans.

Steve Knievel, an advocate at Public Citizen’s Access to Medicines program says the bill is “the most impactful piece of drug legislation” to get through a house of Congress since the creation of the Medicare drug benefit in 2003.

Rachel Sachs, a law professor at Washington University in St. Louis and a widely published researcher on the drug industry, told HuffPost that the bill is “an enormous deal … a sweeping reform that would be highly beneficial to patients.”

The proposal has its gaps, as all legislation does. It also comes with trade-offs, mainly in the form of lower revenue for drugmakers ― which sounds great to industry critics angry over what they say are obscene pharmaceutical profits, just as it sounds lousy to industry defenders who say those profits underwrite the development of miracle cures.

But whatever its shortcomings and whatever its consequences, the legislation would represent a major, transformational shift in the relationship between government and one of health care’s most important and powerful industries.

The bill probably would have dominated the news cycle, and have more of a profile today, if the vote hadn’t taken place right when the country was focusing on impeachment ― and if the proposal’s natural champions in the progressive community, who fought with House Speaker Nancy Pelosi (D-Ca.) over its reach and eventually won some key concessions, had touted it more. 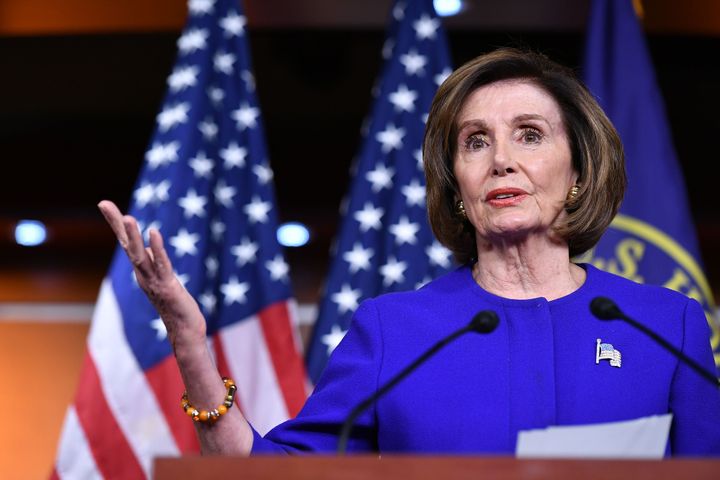 The bill would also have generated more buzz if it stood a decent chance of becoming law this year. It doesn’t. Senate Majority Leader Mitch McConnell (R-Ky.) has flatly refused to consider it and President Donald Trump has said he opposes it too.

But any time a policy initiative of this magnitude crosses a key legislative threshold, it’s closer to becoming law. And this bill passed with votes from virtually every Democrat, including vulnerable members in more conservative districts, many of whom are now touting it back home.

These members obviously saw a political upside in supporting the bill, even at the risk of incurring the wrath of drugmakers. If the industry isn’t nervous about that, it should be.

What The New Bill Proposes

H.R. 3, the “Elijah E. Cummings Lower Drug Costs Now Act,” is named for the Baltimore congressman who died last year and who had long championed efforts to help people pay for their medications. It has three main components.

The first is a set of provisions that would limit out-of-pocket drug spending, like copays at the pharmacy, for seniors in Medicare Part D, the program’s drug benefit. This is the least controversial part of the proposal because, in reality, it’s just throwing government money at the problem.

Although Republicans in the modern era have generally been looking to reduce, rather than increase, spending on anything other than defense, drug coverage for senior citizens has been a conspicuous exception ― in part, perhaps, because seniors are such an increasingly vital part of the GOP’s political coalition.

H.R. 3’s second component would limit the ability of drug companies to raise prices year after year, by tying price increases to inflation. These limits would apply both to drugs in Part D (which is for drugs people buy directly themselves) and Part B (which includes drugs that physicians and clinics buy, then administer directly to patients). The bill also calls for studying ways of applying these limits to drugs available to other buyers.

An impetus for this change are the widespread examples of drug companies raising prices of products like EpiPens, which are used to stop potentially deadly allergic reactions, even when the product itself hasn’t gotten better in any meaningful way.

The inflation caps have generated a lot more pushback from the drug industry, which opposes any federal intervention into what it can charge. But it’s not nearly as controversial or toxic to drugmakers as the third provision, which would give the federal government authority to negotiate prices directly with manufacturers. 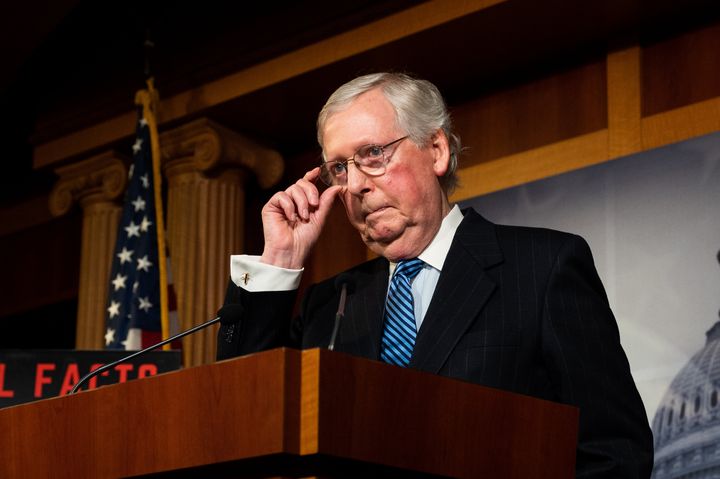 Each year, following a short phase-in period, the secretary of Health and Human Services would pick at least 50 drugs that would be subject to negotiated prices. The 50 would come from a larger list of 250 single-source drugs (that is, drugs with no generic competition) on which the U.S. spends the most annually, taking into account both what government programs and private insurers buy.

The law also requires negotiation for one specific drug, insulin, as a response to widespread reports of diabetes patients rationing their own treatment ― occasionally, with tragic consequences.

H.R. 3 doesn’t simply call for a negotiation. It sets financial boundaries for the discussions by requiring that the negotiated prices not exceed 120% of the average of what six other countries (Australia, Canada, France, Germany, Japan and the U.K.) pay. For newer drugs not yet available in other countries, the law has a separate set of guidelines.

The hard part of any proposal like this isn’t so much giving the government the right to negotiate. It’s giving drug companies reason to go along. There are a number of ways to do this, including threatening to exclude high-priced drugs from formularies and breaking patent rights (or having government manufacture drugs directly) when the drugmakers refuse to negotiate.

H.R. 3’s solution is slap drugmakers with a tax that would quickly rise to 95% of sales revenue any time manufacturers block a product from negotiation. The tax would not be deductible as a business expense ― which means, according to an assessment by the Congressional Budget Office, manufacturers could conceivably lose money outright in such instances, depending on the details and circumstances.

That threat would be enough to compel the drug industry to negotiate, the CBO predicted, and it would produce huge savings for the government: $456 billion over 10 years. An analysis by the independent firm Avalere found that the savings could be even bigger.

Under H.R. 3, the majority of that money would go right back into Medicare, in order to underwrite dental, vision and hearing coverage that the program lacks ― and to further subsidize some of the low-income seniors on the program. But a key provision of the law, one Pelosi prioritized, allows private insurers to use the negotiated prices, so that their beneficiaries can save money too.

Of course, drug companies could (and almost certainly would) find ways to game the system, perhaps by manipulating the way prices work abroad. And because the bill applies only to drugs that generate the most sales revenues, drugs that are expensive but serve small numbers of patients could fall outside its purview.

Those are among the reasons progressives weren’t more enthusiastic about the final product, even after Pelosi had adopted some of their ideas, although ultimately Reps. Lloyd Doggett (D-Tex.), Pramila Jayapal (D-Wash.), and Alexandria Ocasio-Cortez (D-N.Y.) ― three progressive leaders who had sparred with leadership over the bill ― all voted yes.

Why This Legislation Matters

For conservatives on and off Capitol Hill, the issue with the bill is its potential effects on innovation, although the magnitude of those effects, if any, are the subject of long-standing debate in the health policy community.

Any proposal to reduce what the government pays for drugs prompts the industry to say that innovation will suffer, even though there have been whole books written on the way drugmakers and their allies exaggerate those claims. At the same time, plenty of well-respected scholars think the claims have some merit ― that, without those high profits, pharmaceutical companies would innovate less because they would draw less investment capital.

The CBO in its assessment concluded that if H.R. 3 becomes law, the drug industry would probably develop 8 to 15 fewer drugs over a 10-year period. That’s a small fraction of the more than 300 drugs the CBO expects the industry to develop during that same span, although obviously the significance of that reduction would depend ultimately on what those 8 to 15 drugs might have been ― another unimpressive knockoff drug for reflux, or a breakthrough for hemophilia? ― and whether the CBO’s estimate, which necessarily involved a lot of guesswork, was on the mark. 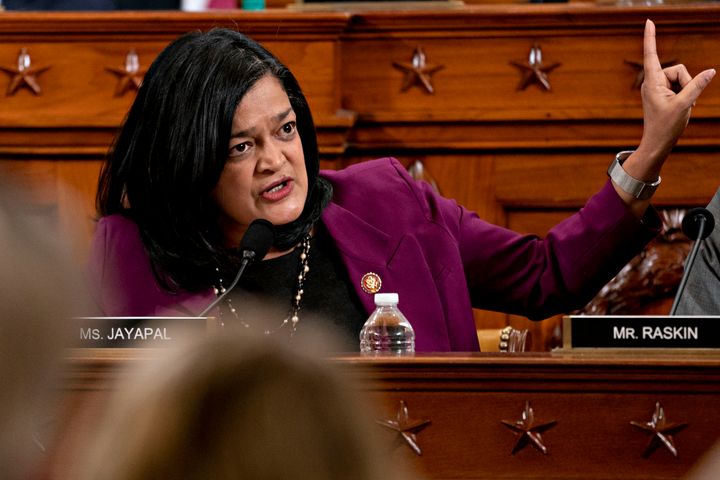 What’s less ambiguous is that lots of people are suffering and in some cases dying right now because the status quo leaves so many unable to pay for their prescriptions. That is why drug pricing is getting so much attention, including from Trump, although he has sent characteristically inconsistent messages about what exactly he wants or how badly he wants it.

For more than a year, his administration has been preparing a regulation that would tie the price of Medicare Part B drugs (the ones doctors administer directly) to international prices ― which, conceptually, is similar to the way the House bill would use a global price index. But the administration has not yet proposed the regulation formally, despite constantly recirculating rumors that release is imminent, and it is under enormous pressure from industry and sympathetic Republicans on Capitol Hill to keep the proposal from going forward.

Trump has also praised a bipartisan bill from Sens. Chuck Grassley (R-Iowa) and Ron Wyden (D-Ore.). That bill includes the first two parts of the House bill, the extra financial assistance in Medicare and the limits on year-after-year price increases, but not the provision for price negotiation, which is a nonstarter with conservatives. Even without that provision, McConnell has so far resisted bringing a bill to the floor and, so far, Trump hasn’t prodded him to do so.

At one point, Trump also expressed interest in working with Pelosi. This fueled tensions inside the Democratic caucus, as progressives accused the speaker of scaling back her proposal in order to win White House support. The administration eventually turned on H.R. 3, releasing a report suggesting it would have dramatic, devastating effects on innovation ― and dispatching officials to call the House proposal “unworkable.”

Trump has also taken to attacking the “Do Nothing Democrats” on drug prices, which is a strange choice given that the House actually took action by passing its bill, when Trump has repeatedly whiffed on chances to make policy unilaterally or with Congress. At last month’s State of the Union address, House Democrats tried to make that point by standing when Trump mentioned drug pricing and holding three fingers in the air, for H.R. 3. The protest drew little notice.

But their December vote makes it more likely that the House could approve something similar a year or two from now, or whenever leadership in the White House and Senate changes. That is no small thing, no matter how much attention it gets.