Rouda, who is challenging Republican Rep. Michelle Steel for his old House seat, made the comment during a town hall hosted by the Laguna Beach Democratic Club.

“The fact that 6 million more morons voted for this man is mind-boggling to me,” Rouda said, reflecting on why he believes he lost his House seat in 2020. “Thank goodness about 11 more million Americans voted for Joe Biden.”

“There were a lot of low-propensity, uninformed voters who came out and voted for Trump and the down the ticket. That impacted me,” he continued. “When you look at this district, it was 89% turnout. So 89% of the registered voters voted.”

Rouda said Democrats have to do a “better job” at making sure they are “informed voters.”

During the town hall, Rouda expressed optimism that he can win back the House seat because Trump won’t be at the top of the ticket and claimed “Trumpicans” likely won’t flock to the polls. However, he did acknowledge it would be a “tough road ahead of us.”

“We’ve got a tough road ahead of us, she is the incumbent, but we have done this before, we know how to turn this seat from red to blue and we will do it again,” Rouda said. “It’s going to take all of us being fully engaged.” 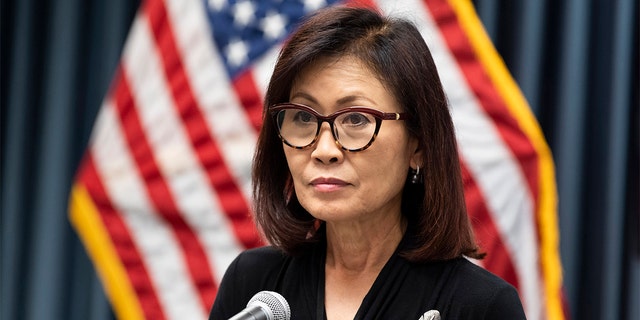 Rouda’s comments come a month after an internal DCCC email was reportedly sent to reporters, revealing that staffers were concerned that continuously talking about Trump could backfire for Democrats in 2022. One of the emails was about Rouda, expressing concerns about him calling Steel a “QAnon Congresswoman” because “she hasn’t personally expressed support for QAnon.” One of the staffers revealed that it was Rouda’s personal request to keep that line of attack in the press release.

Last September, Rouda invoked the history of former Nazi leader Adolf Hitler to attack Trump during a virtual campaign event, saying, “We should all be fearful.”

The Rouda campaign did not immediately return Fox News’ request for comment.