CSL has at last confirmed it is in talks about a possible acquisition of Swiss pharma firm Vifor, setting the stage for what would be the Australian biotech giant’s largest takeover to date.

After weeks of intense speculation about the takeover process, CSL released a brief statement on negotiations on Monday. “CSL confirms that it is in discussions with Vifor Pharma Ltd regarding a potential transaction, however at this time there remains no certainty that any transaction will result and, if a transaction does result, when such a transaction would occur,” the company said. 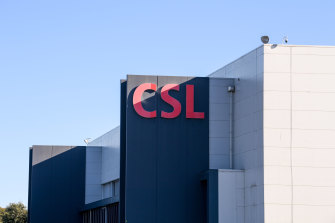 CSL has confirmed it is in talks with the Swiss company. Credit:Eddie Jim

Vifor, which specialises in iron supplement and kidney disease treatments, is led by former CSL board member Abbas Hussain.

Speculation about CSL’s interest in Vifor caused its share price to wobble last week, which may see CSL undertake a share issue to raise the funds for the purchase.

The bulk of CSL’s multi-billion revenues come from the company’s specialist blood plasma products, which include treatments for haemophilia, pulmonary disease and other rare illnesses.

Analysts questioned the logic behind CSL’s interest in Vifor earlier this month given the Swiss operator’s focus is so different from its own.

“From our perspective, if CSL was to pursue an acquisition of Vifor it would be a significant shift from its core competency (plasma) as well as its core therapeutic areas – immunology, haemotology and neurology,” Credit Suisse analyst Gretel Janu wrote in a note to clients.

CSL’s reliance on blood plasma has been in focus over the past 18 months, with pandemic conditions impacting collections and putting pressure on margins due to higher costs of collection.

According to annual financial reports from Vifor, sales in Australia and New Zealand have helped power the company’s post-COVID sales bounce-back. The company also says its iron supplement product Maltofer is the biggest oral iron brand in Australia.

Vifor’s research pipeline focuses heavily on new treatments for kidney disease, which the Center for Disease Control estimates affects 15 per cent of the adult US population.

Acquiring Vifor would give CSL access to Vifor’s commercialised products and its pipeline.

Analysts that watch CSL’s stock are more focused on the company’s own research and development prospects, however. Last week Wilson’s updated its 12-month price target for the stock to $350 (shares are currently trading at just below $300).

Dr Shane Storey and Dr Melissa Benson wrote in a note to clients that three of CSL’s key R&D projects are set to come to fruition in the next year, which could power the share price.

This includes data on CSL’s blockbuster heart attack drug CSL112, the commercialisation of its gene therapy product for haemophilia B patients, and data on the use of CSL’s monoclonal antibody, called garidacimab, to treat the swelling disorder hereditary angiodema.