Supermarket giant Coles has announced it has identified a total of $20 million in underpayment for its salaried team members across its supermarkets and liquor businesses, becoming the latest major retailer to be caught up in an underpayment scandal.

In an announcement this morning released along with the company's half-year results, Coles revealed around 1 per cent of its total team members had been underpaid due to differences between their remuneration and the General Retail Industry Award (GRIA). 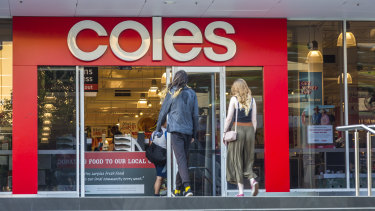 Coles has revealed it underpaid salaried staff members $20 million over the past six years.

The underpayments occurred over the last six years and primarily affected store managers across the company's supermarkets. The company has flagged $12 million in backpayments for those store members and $4 million in interest and additional costs.

Five per cent of the company's liquor store managers were also underpaid, with Coles flagging $3 million in provisions for backpayment and an additional $1 million in interest and costs.

Chief executive Steven Cain apologised to his staff who had been "unintentionally affected".

"We are working at pace with a team of external experts to finalise our review. Once completed we will contact all affected team members, both current and former, to remediate any identified differences in full," he said

"Coles has implemented steps to improve our systems and processes."

The discrepancies were uncovered after a review which began in November, following fellow supermarket Woolworths' $300 million underpayment scandal, which also related to discrepancies between the general retail award and its staff's payment agreements.

The company notified the Fair Work Ombudsman on Tuesday morning, but as recently as Monday afternoon had told media it had "no update" on the audit.

Coles store managers received notice last week saying the company had "identified inconsistencies in clocking [on] patterns and salaried team member ways of working", and reinforced that store managers should not be working more than their specified hours per week.