The retailer formerly known as Specialty Fashion Group said in a statement to the ASX on Thursday morning stock level and sales in its key final quarter of the financial year could be affected if disruption to production from COVID-19 continues. 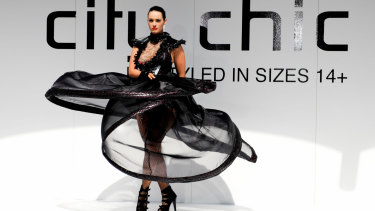 City Chic has warned investors it could be significantly affected by the coronavirus.

Some of the company's factories are located in the now closed-off Hubei province, the epicentre of the virus outbreak, though chief executive Phil Ryan said restrictions for factories in other regions in China were being lifted.

However, the uncertainty surrounding the coronavirus, along with a desire to re-invest further in its operations, led to the company suspending its interim dividend in order to maintain a "strong financial position", Mr Ryan said.

Half-year results released on Thursday were largely in line with expectations, with the business managing to shake off any signs of a retail downturn with strong revenue and profit growth.

Revenue increased 39 per cent to $104.8 million and net profit grew 5 per cent to $10.6 million for the six months through December, slightly below Citi analyst expectations for 6 per cent growth. 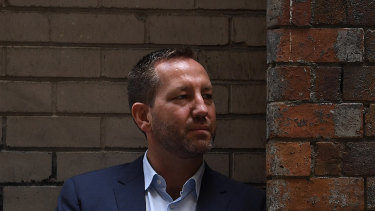 Comparable sales growth across the business jumped 11.3 per cent, well ahead of expectations of 7.5 per cent. Underlying earnings before interest, tax, depreciation and amortisation grew 20.8 per cent.

Last year, City Chic snapped up the online assets of collapsed US plus-sized clothing retailer Avenue for $24 million to boost its foothold in the valuable US plus-sized market.

The company said Avenue had been trading profitably in the first half, though Mr Ryan noted there was still more work to be done, including better supply chain integration and management.

Profit margins declined by 6.2 per cent for the half, partially due to Avenue's acquisition and higher fulfilment costs as more customers shifted to shop via the lower-margin online channel.

Fifty-three per cent of the company's sales now occur online, double the amount in the prior corresponding half and eclipsing the sales made in the company's 107 physical store locations.

The company said City Chic has continued to deliver positive comparable sales growth in the first weeks of the new year.