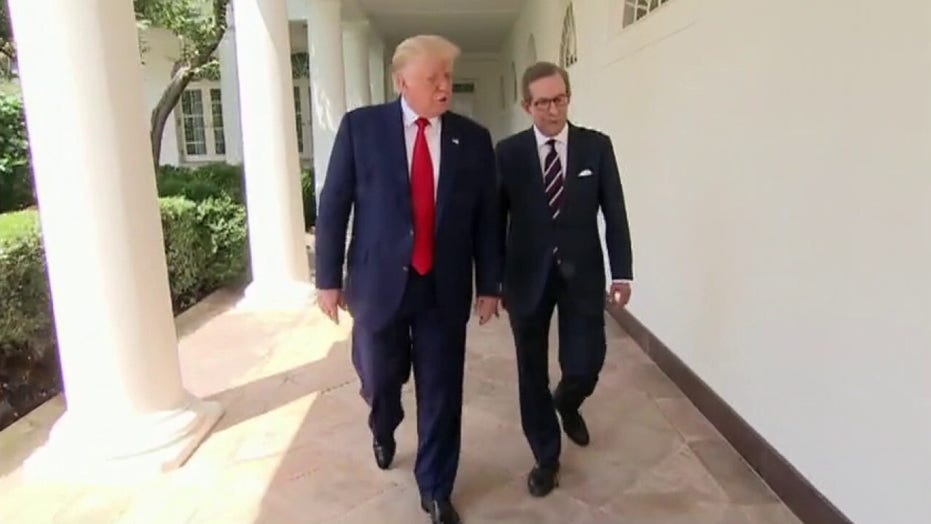 Wallace: Trump certain he will beat Biden in November

"But he seems dead certain that he is going to beat Joe Biden in November," Wallace added.

"Sir, he does not," Wallace answers.

"Look, he signed a charter with Bernie Sanders –", Trump begins before Wallace says, "It says nothing about defunding the police." That prompts Trump to ask an aide to "get me the charter, please."

"So that led to a very interesting exchange …," Wallace told Hemmer. "And he went through it and he found a lot of things that he objected to that Biden has agreed to, but couldn't find any indication — because there isn't any — that Joe Biden has sought to defund and abolish the police."

The host went on to say that Trump "takes some shots at Joe Biden that I've never heard before.

"And if it looks like it was hot in that patio right outside the Oval Office there, it was about 100 degrees," Wallace remarked.