Laura Bassett, the journalist who came forward last year with sexual harassment allegations against former MSNBC star Chris Matthews, said she received a “slew” of hateful messages after the “Hardball” host appeared on the network for the first time since he was forced to resign.

Promoting his new memoir “This Country: My Life in Politics and History,” Matthews was welcomed on Tuesday’s installment of “The ReidOut,” the MSNBC program hosted by Joy Reid that ultimately took over the timeslot left vacant by “Hardball” after he shocked viewers by announcing his departure in March 2020.

Matthew’s abrupt exit came amid growing controversies, including Bassett’s claims that he used sexist language when appearing as a guest on his show.

Following his TV appearance, Bassett took to Twitter about the overwhelming response she received.

“I wanted to say nothing, but when he goes on TV it always ignites a fresh slew of confused hate mssgs, and this has gotta stop,” Bassett wrote on Wednesday. “I really want this to be the last thing I ever say about Chr*s M*tthews: He did *not* retire because of a thing he said to me in the makeup room.”

“If you’re upset about his departure, please read the full story on the background here and inform yourself. That is all. I wish him well,” Bassett added while sharing a report about Mathews’ ouster.

Bassett then engaged in a heated spat with former MSNBC contributor Jimmy Williams, who appeared upset by her tweets.

“You took him down. Why would you even care now if he goes on tv?” Williams asked. “We all read the Post piece. We have all the info. So why even tweet abt it? What do you gain from it?”

“Because of messages like this I still get from people like you who clearly refuse to understand what actually happened,” Bassett responded.

“Wait is the Post piece inaccurate? Did he do more to you than make inappropriate comments?” Williams followed. “I’m not defending his behavior. I’m just trying to understand why you’re bringing it back up? Is there more you want to report abt your interactions w him?”

“No, he went on Joy Reid last night and talked about the incident again and I woke up to a million emails and messages saying I’m a horrible person for ruining a man’s career over a thing he said in the makeup room, which is not what happened, so I am correcting the record,” Bassett said.

“I dont think you’re a horrible person,” Williams clarified. “He ruined his career and admits that. You were the catalyst for that downfall and put it on the line by writing the GQ piece. With that platform comes the responsibility of what you wrote, the good and nasty comments.”

“wow, you sure know a lot more about this than I do, thank you for putting me in my place!” Bassett exclaimed. 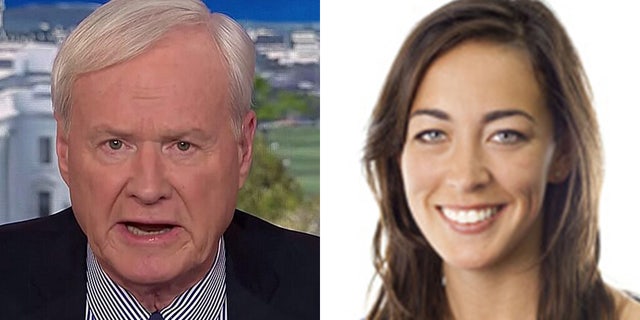 Last year, Bassett recalled Matthews looking at her in an adjacent makeup chair before an appearance in 2016 and asking: ‘Why haven’t I fallen in love with you yet?'”

Bassett said she laughed nervously but Matthews kept making comments to the makeup artist. “Keep putting makeup on her, I’ll fall in love with her,” Matthews allegedly said.

She said he made another comment about her makeup during a separate appearance. “Make sure you wipe this off her face after the show,” she wrote he said to the makeup artist. “We don’t make her up so some guy at a bar can look at her like this.”

During his “ReidOut” appearance, Matthews said he hasn’t lost any friends over his comments and noted that nobody came to defend him. But he stated that he does take “ownership” of his actions.

“I know the reason I left is that somebody reported that I complimented somebody- actually I’m going to use the right words. I commented, remarked on somebody’s appearance in the makeup room. And I shouldn’t have done that,” Matthews told MSNBC host Joy Reid. “Nobody has to come to defend me. And, by the way, I kept all of my friends, but nobody needs to defend me. I did something wrong. So I’m going to move on from that. I accept it. I took ownership of it, using a nice modern phrase. I did not deny it. I lost my show over it. That’s it. So that’s the truth.”