Childcare centre activity is recovering after a year in which deals and valuations were constrained by fears of an emerging glut in some geographies and teething troubles for the tweaked federal fee subsidy scheme. 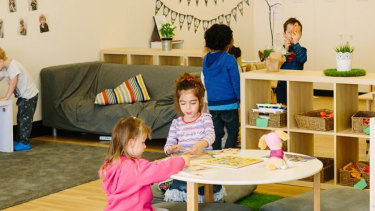 Two of the major lenders that have indicated a greater willingness to lend to the sector.

But while lenders are again willing to lend to the sector, tenants are becoming more selective amid reports of overzealous landlords demanding rent rises of 20 per cent or more.

Broker Canaccord Genuity says an “unexpected” supply uptick in the December quarter meant that new supply growth abated only 1.6 per cent for the year, having tumbled 8.5 per cent in the nine months to September 2019.

The strength has continued into 2020, with 63 centres opening in January compared with 59 in January 2019.

“Recent discussions with developers and operators … lead us to believe that 380-400 new centres are likely to come out of the ground this year,” the firm says in an industry update.

“This is supported by feedback from two of the major lenders that have indicated a greater willingness to lend to the sector.”

Rival agent Burgess Rawson handled 16 transactions worth $65 million in the December quarter, compared with $162 million of deals for the whole of calendar 2019 and $207 million in 2018.

Burgess Rawson director Adam Thomas said there was a clear trend to facilities with a lower number of licensed places, pitched at a higher daily fee.

Mr Fanous noted an increasing flight to quality, with a “clear widening” in yields and valuations to reflect risk more accurately.

The most desired centres were those with 90 per cent-plus occupancy levels, in areas with a large number of 0-5 year olds and a high proportion of working females aged between 18 and 40.

On the demand side, the Child Care Benefit (CCB) has spurred a 4 per cent growth in enrolments in the September quarter, to a record 780,000 children.

Introduced in July 2018 to replace two separate programs, the CCB was intended to improve the reach of benefits to the neediest families.

Formerly the Charter Hall Education Trust, the fund settled seven childcare properties for $41.6 million in the December half, on an average yield of 6.3 per cent.

Meanwhile Burgess Rawson is testing the market with the auction of four centres, part of a broader portfolio auction to be held in Melbourne and Sydney later this month.

A 127 place centre at Tarneit in western Melbourne was due to go under the hammer, but last week sold for $5 million on a yield of 6.1 per cent.