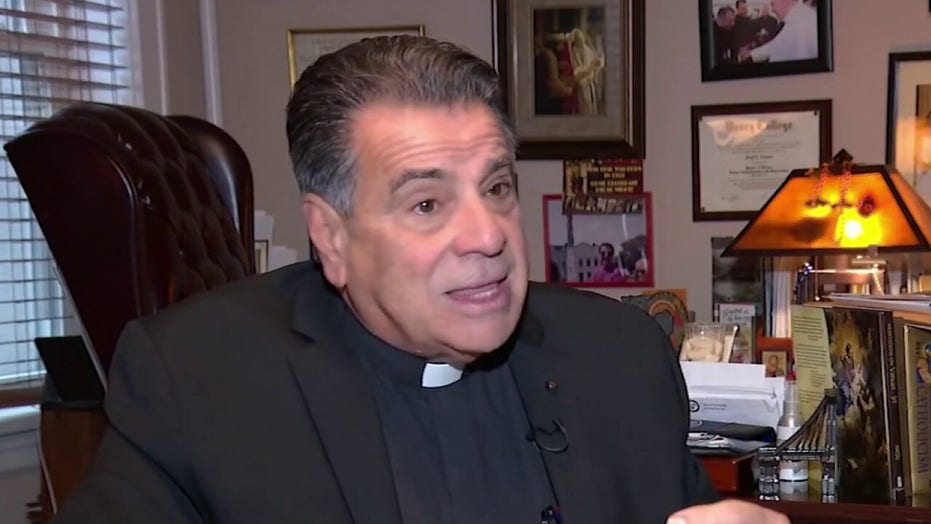 A Roman Catholic organization is condemning the Department of Justice (DOJ) for what it claims is a lackluster approach to investigating an ongoing trend of violence against Catholic symbols after a church in Fairfax County, Virginia, reported that its grotto had been vandalized with several statues destroyed. DOJ officials say they launched a 15-day review on the issue and noted recent hate crimes cases but declined to provide specifics about ongoing investigations.

“Last month we alerted Attorney General Merrick Garland to the disturbing rash of attacks on Catholic symbols, shrines, statues and churches across the country and asked that the Department of Justice investigate,” Brian Burch, president of the organization CatholicVote, said in a statement.

“Yet, as more and more incidents of vandalism targeting Catholics are reported, the Biden administration continues to turn a blind eye; choosing instead to devote resources to investigating parents who simply want a say in their children’s education.”

Burch’s statement referred to a notorious DOJ memo announcing an investigation into “violent threats against school board members” days after the National School Boards Association sent a letter comparing concerned parents to domestic terrorists – a letter which the NSBA later rescinded and for which it apologized. Catholic Vote did indeed send Garland a letter in Dec. 2021, urging the DOJ to investigate the trend of anti-Catholic vandalism, citing at least 114 instances since May 2020. That number has risen to 120 in the last few weeks. 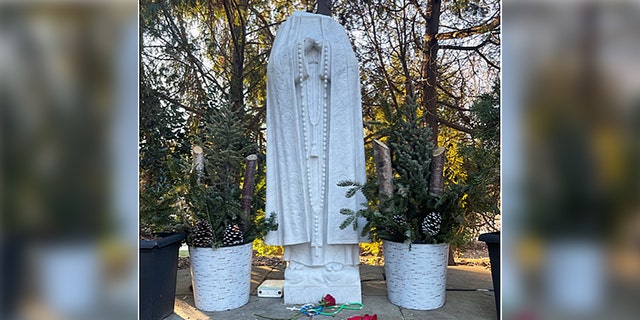 A destroyed statue
(Diocese of Arlington)

“Thank you for your letter of December 15, 2021. Two days after learning of this correspondence, the Attorney General ordered a 15-day review to ensure that all appropriate resources are being deployed to protect houses of worship,” Gupta wrote in the letter, provided to Fox News. “We share your concern with and commitment to preventing and addressing acts of vandalism, property destruction, and other incidents that target religious symbols, shrines, statues, or churches. The Department is taking numerous steps to address such violence, consistent with our commitment to combat unlawful acts of hate in all their forms.”

She also noted that the DOJ provides training and education to help protect houses of worship and faith communities.

The DOJ did not share the results of the 15-day review, nor did a spokesperson comment on any current investigations regarding threats or attacks against Catholic churches.

Burch told Fox News Digital he was unsatisfied with the DOJ’s response.

He said the response “raises serious concerns about the administration’s commitment to protecting the first amendment rights of all people of faith.” He noted the recent attack at a Catholic church in Virginia. “We again call on the Department of Justice to investigate these hate-filled attacks which appear driven by animosity directed specifically at Catholics.”

Nativity Catholic Church in Burke, Virginia, reported the vandalism and police are investigating. 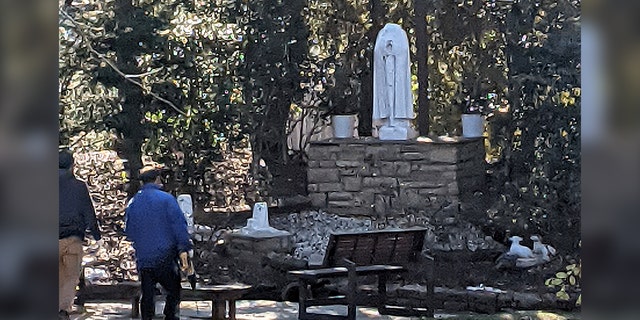 “I am so saddened by this act of disrespect and destruction of property,” the Rev. Bob Cilinski wrote in an email to congregants. “The statues damaged are images of the Blessed Mother and the children she appeared to at Fatima. The police were notified and came out to document the vandalism and begin their investigation. Unfortunately, the statues damaged are not repairable. The statues will be removed and we will work to replace them.”

The Catholic Diocese of Arlington shared photos of the damage with Fox News. 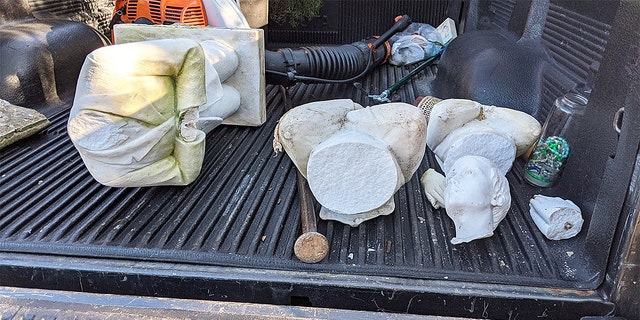 Destroyed statues being taken down.
(Diocese of Arlington)

“The vandalism of a statue of Our Blessed Mother at the Church of the Nativity is a tragic and senseless defacing of the sacred,” Bishop Michael F. Burbidge of the Arlington diocese said in a statement to Fox News. “Mary stands as a symbol of peace in a world that needs her now more than ever. I ask that others join me in prayer for the perpetrator, as any motive behind such an act reflects a troubled soul in need of Our Lord.”

The Fairfax County Police Department, which has been investigating the desecration, did not respond to Fox News’ request for comment about whether the FBI or DOJ was coordinating with their investigation. 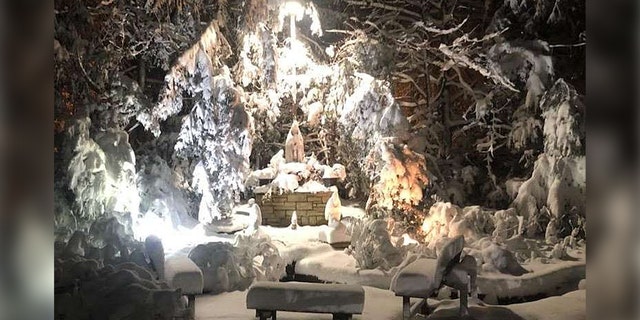 The sacred area how the Rev. Bob Cilinski, the pastor of Nativity Catholic Church, prefers it be remembered. He took the photo earlier this month.
(Diocese of Arlington)

The Catholic Association joined Catholic Vote in calling for a DOJ investigation.

“Any violence leveled against Catholic churches and sacred objects is unacceptable, especially in a nation that was founded on religious freedom and built up by the charitable works of people of faith,” Grazie Poso Christie, a senior fellow at The Catholic Association, told Fox News. “But the number of attacks targeting Catholic churches is highly alarming and the Biden administration ought to investigate.”