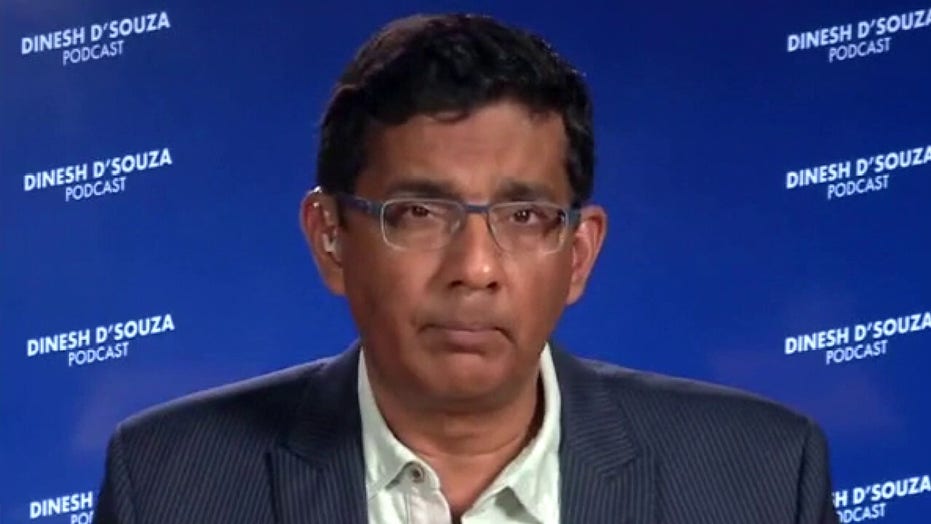 Conservative commentator Dinesh D’Souza tells ‘Watters’ World’ that it looks like CRT has ‘metastasized into the whole culture.’

Iowa State Rep. Carter Nordman shared a voicemail message from an anonymous caller who condemned the Pledge of Allegiance as “White nationalism,” blasted America’s “racist roots,” and suggested that “blond-haired blue-eyed” children have more rights in a profanity-laced tirade. Nordman told Fox News that he called her back and she refused to discuss the subject with him further.

The caller began her message by noting that Nordman is “the Iowa State representative who included language that requires all Iowa schools to lead the pledge of Allegiance once a day in grades one through twelve.”

“When did we start teaching White nationalism in schools? Because that’s exactly what the f**k you’re doing, sir, and you have absolutely no right to require something like that,” the caller added. “Our children aren’t proud to be American. Maybe the White suburban kids in Adele are proud to be American because their rights are afforded to them every day and they don’t have to fight for them. But for the rest of us, who are women, the poor, the elderly, the minorities, we’re not f***king proud. What are we proud of? We’re proud of our racist history? We’re proud of our racist roots?”

“Is that what we’re proud of?” she continued. “We’re proud of the fact that not all citizens of the United States are afforded the same rights and the same privileges as the blond-haired blue-eyed ones? That’s a bunch of colonizer bulls**t, Carter. And the fact that you’re f**king perpetuating that is disgusting.”

“Keep that s**t in the suburbs. You want to teach your kids to be a White nationalist, you can f**king do it. But you and [Iowa Gov.] Kim Reynolds are f**king disgusting, and you have absolutely no right to require that public schools teach children to be U.S. nationalists. F**k you and f**k this legislation,” the caller shouted.

The caller went on to pledge that she would “make sure” that Nordman loses his re-election campaign next year. She condemned him for supporting “the shame bulls**t that the Trump administration stood for,” and she claimed that he and Reynolds “still have your head so far up his a** that you can’t f**king tell where one of you ends and the other begins.”

“Absolutely disgusting, despicable, and deplorable the s**t that you f**king peddle,” she added. “There’s so much more important s**t that we could be worried about right now and you’re focusing on the f**king Pledge of Allegiance? Get the f**k out of here, pull your head out of your a** Carter, Jesus f**ing Christ.”

Nordman told Fox News that he shared the voicemail “because I thought it was important to show what we are up against.”

“I believe that the far Left will attach the words ‘White nationalism’ to anything,” Nordman said. He drew a clear distinction between Democrats in general and the far Left, in particular. “I’m not saying that all Democrats are anti-American values. They’re not.”

“I think she said it out of hatred for the country,” Nordman suggested.

The caller’s claims that America is a “colonizer” and racist society echo critical race theory, which teaches that a hidden racism pervades U.S. society, in contradiction to civil rights laws that clearly forbid racial discrimination. Even the Smithsonian briefly presented an infographic on “Whiteness” that condemned the nuclear family, science, capitalism, the Judeo-Christian tradition, and even politeness as aspects of a hidden racist oppression (the museum later removed the infographic after facing backlash).

The state representative then said he would have asked the woman, “Where else on this planet is better than America?”

Nordman recalled “watching a group of Afghans clinging to the side of a U.S. Air Force plane because that’s the only way their lives will get better. People are willing to die to come to America. They see that flag as a symbol of hope.”