California would allow children age 12 and up to be vaccinated without their parents’ consent, the youngest age of any state, under a proposal late Thursday by a state senator.

Alabama allows such decisions at age 14, Oregon at 15, Rhode Island and South Carolina at 16, according to Sen. Scott Wiener, a Democrat from San Francisco who is proposing the change. Only Washington, D.C., has a lower limit, at age 11.

Wiener argued that California already allows those 12 and up to consent to the Hepatitis B and Human Papillomavirus (HPV) vaccines, and to treatment for sexually transmitted infections, substance abuse and mental health disorders.

“Giving young people the autonomy to receive life-saving vaccines, regardless of their parents’ beliefs or work schedules, is essential for their physical and mental health,” he said. “It’s unconscionable for teens to be blocked from the vaccine because a parent either refuses or cannot take their child to a vaccination site.”

Currently in California, minors ages 12 to 17 cannot be vaccinated without permission from their parents or guardian, unless the vaccine is specifically to prevent a sexually transmitted disease. 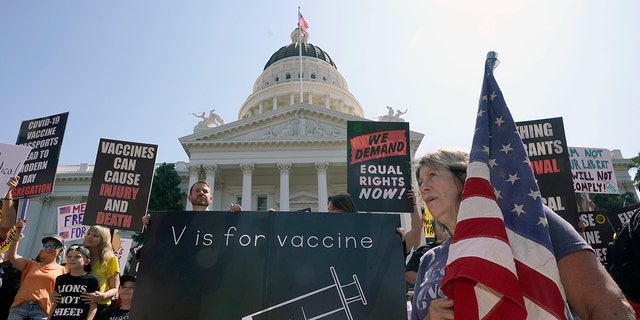 Wiener’s bill would lift the parental requirement for that age group for any vaccine that has been approved by the U.S. Food and Drug Administration and Centers for Disease Control and Prevention.

That includes immunizations against the coronavirus, but Wiener said vaccine hesitancy and misinformation has also deterred vaccinations against measles and other contagious diseases that can then spread among youths whose parents won’t agree to have them vaccinated.

California Gov. Gavin Newsom in October announced the nation’s first coronavirus vaccine mandate for schoolchildren. But it likely won’t take effect until later this year and allows exemptions for medical reasons, religious and personal beliefs — though lawmakers may try to limit non-medical reasons. 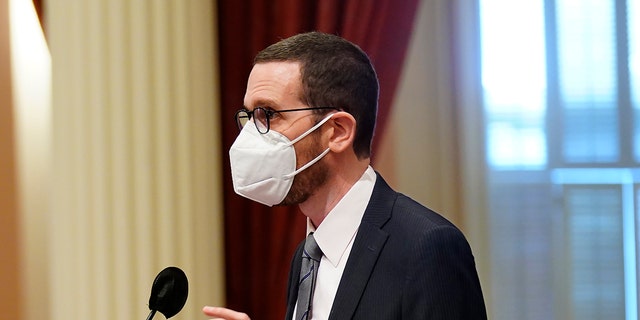 Wiener’s legislation is permissive, not a mandate, but any vaccination legislation has been hugely controversial in California and elsewhere.

Even before the pandemic, busloads of opponents filled the Capital and lined up for hours to protest bills lifting religious and personal beliefs for the 10 vaccines already required of school children.

And in September, more than a thousand people rallied outside the state Capitol to oppose vaccine mandates, even though lawmakers had postponed their consideration of legislation requiring that workers either be vaccinated or get weekly coronavirus testing to keep their jobs.

“This to me seems to be another example of Democrats wanting to remove parents from the equation,” said Republican Assemblyman James Gallagher. “I think that’s flawed policy. I think parents are vital to these decisions.”

However, he thinks Wiener may have difficulty even in a Legislature overwhelmingly controlled by Democrats.

“I think there will be bipartisan support for the proposition that parents should be involved in their kids’ health care decisions, in deciding what types of medical care and drugs they should be taking,” Gallagher said.

On Wednesday, Wiener and other Democratic lawmakers announced that they have formed a “work group” to examine ways to promote vaccines and fight misinformation.

Wiener held out the examples of children who may want to get vaccinated because they currently are barred from participating in sports, band or other activities because their parents either won’t or can’t get them vaccinated.

Children age 5 and up are currently eligible for coronavirus vaccines, but 28.6% of those in California ages 12-17 remain unvaccinated — more than 900,000 of an eligible population of more than 3 million, or more than one in four, Wiener said.

He said those 12 and up can also consent to abortions in California, though in that case lawmakers in 1987 passed a law that would have required minors to get their parents’ consent absent a medical emergency or a judge’s permission. But that law was overturned by the state Supreme Court.